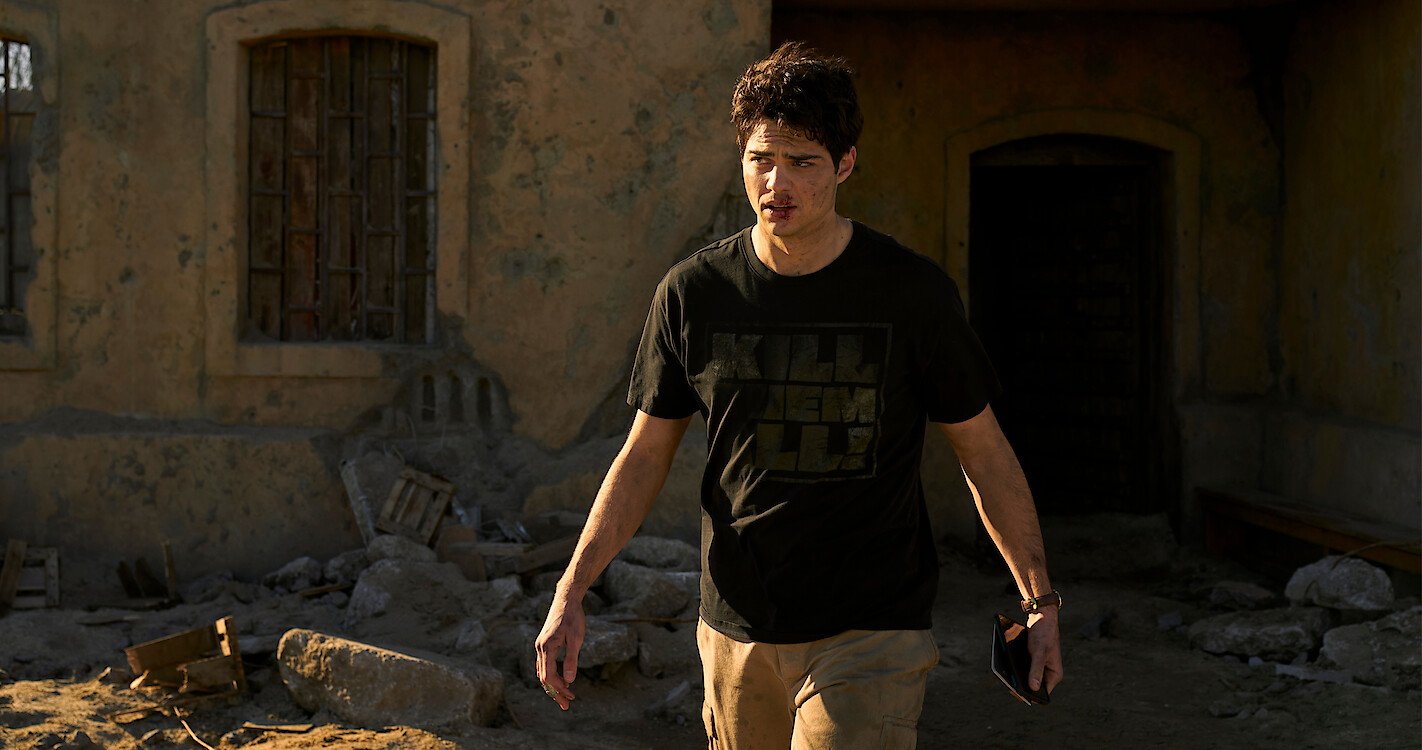 Is Netflix’s The Recruit Sponsored by the CIA?

Anyone who has followed the CIA’s relationship with the entertainment business will be familiar with the 2003 thriller The Recruit.  It is renowned for being the brainchild of CIA Hollywood liaison Chase Brandon, who conceived of the story and penned much of the original script.  Yesterday, an apparent spin off TV series of the same name came out on Netflix, and shows many of the hallmarks of CIA support.

The series focuses on Owen Hendricks, a young lawyer in his first weeks on the job working for the CIA General Counsel’s office.  In keeping with the ‘neophyte being inducted into the secret, exciting world of the Agency’ storyline from the original film, and Jack Ryan, Bad Company and a half dozen other CIA-supported movies and TV shows, our fresh-faced, enthusiastic protagonist spends most of his time getting the shit kicked out of him.

In the first episode he flies out to a black site in Yemen (just like in the opening episode of Jack Ryan), to meet a CIA case officer and try to get information from her about an asset who is threatening to release Agency secrets.  Due to his failure to follow protocols, the case officer believes he’s spying on her, and has her two henchmen strip and torture Owen, then she pulls out one of his fingernails.

You might think that this is a no-no for the Agency, but they went full balls on the table in their support of Jack Ryan and Zero Dark Thirty, both of which depict a version of the torture program.  Ditto the original film of The Recruit, which portrays Al Pacino torturing Colin Farrell for a lengthy period as part of his training.  Also, in Netflix’s The Recruit the fingernail injury is treated as a running gag, as though it wouldn’t require serious medical attention, helping trivialise the shock and trauma suffered by the CIA’s torture victims.

The series was created by Alexi Hawley, the creator of LAPD copaganda The Rookie, which I’ve covered in detail on this website.  Just as The Rookie serves as recruitment propaganda for the cop shops, Netflix’s The Recruit does the same for the CIA, telling all the young lawyers out there that the CIA wants them.  On the Agency’s new in house podcast they spoke to a recruiter who kept emphasising the diversity of different roles and jobs you can get at Langley, and how they’re having to diversify their own approach to recruitment in order to stay ahead of the game and get the best of the best at the tip of the spear.  Literally weeks later and bam, here’s a new Netflix show that appeals to a whole new target audience – people who don’t dream of being spies.  Ditto, the opening episode is littered with a multi-cultural cast containing enough different hues to make a white supremacist blush.

Producers on The Recruit include Hawley and Doug Liman, who also directed two episodes including the pilot.  Doug’s resume is littered with CIA-supported productions, such as Covert Affairs, where Liman helped star Piper Perabo get into Langley for a tour and to talk to some real life CIA officers.  As Perabo put it:

Doug Liman, our executive producer, was in the middle of editing Fair Game when I got cast in the pilot, which is the story of Valerie Plame Wilson, so I knew he had contacts down at Langley. And I asked him if he could get me an introduction so that I could go there and see what it’s really like and talk to real people who do this for a living. So he did…

Emails released by the CIA detail how Covert Affairs was granted permission to film at Agency headquarters, or at least very near to Langley.  It appears the same was true for The Recruit, as just a couple of minutes into the opening episode we get an aerial shot of CIA HQ in all its glory: 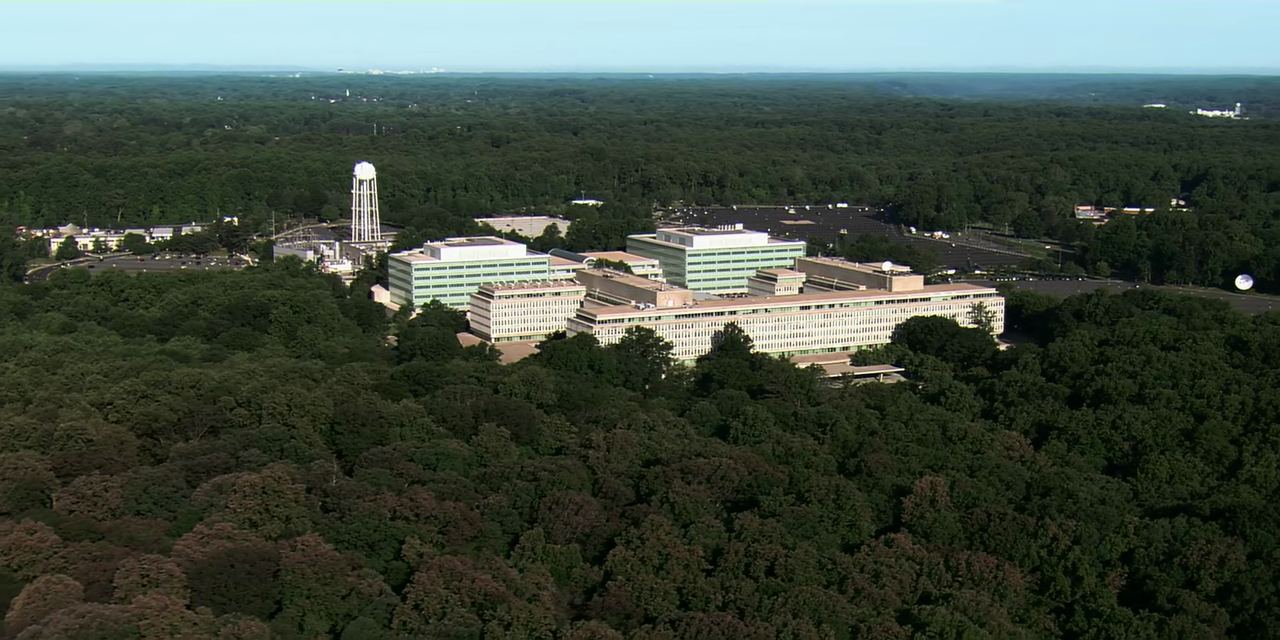 A sunny day at Langley, courtesy of episode 1 of The Recruit

There is also a shot of Owen getting in his car, with a Langley-esque building in the background, though I think this is a different building chosen because it looks a bit like CIA HQ: 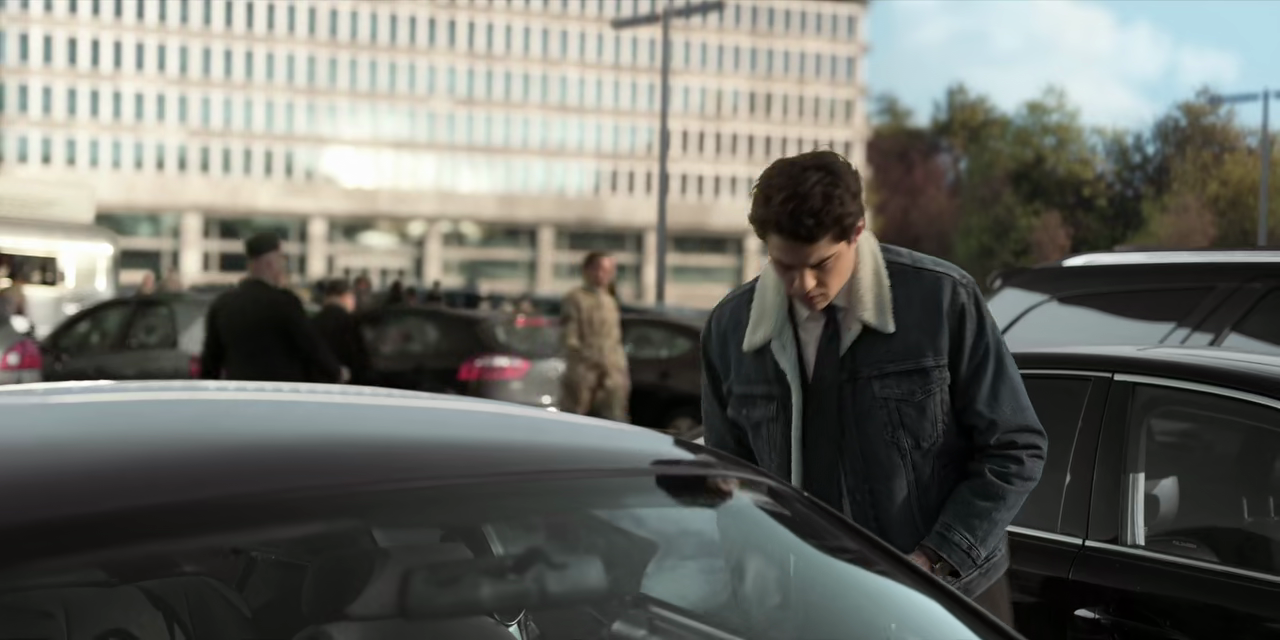 Did The Recruit film outside the Original HQ building at Langley?

And then there are the obligatory appearances of the CIA logo on various computer screens – indeed, on the screens of literally everyone apparently working at Langley:

The CIA logo in The Recruit

While the CIA branding isn’t quite as heavy as in My Spy, it is fairly obvious in The Recruit.  However, there are no consultants or technical advisors credited on the show, when there should be if they hired one of the various former CIA officers knocking about in Hollywood.  The CIA are not credited, but they usually aren’t anyway.  The series was largely filmed in Canada, with the help of tax credits from the Canadian authorities, just like the original film.

Thus, we’re left with the visual branding and the fact that Hawley seems to have graduated from making recruitment ads for the LAPD to doing the same for the Agency, with the help of Doug Liman, an old hand when it comes to CIA supported productions.  That said, I’ve only watched the first episode of The Recruit so perhaps more obvious evidence will become available when I plough through the rest of them.  It’s funny, but not funny enough to make up for all its numerous shortcomings.  Podcast probably coming soon on this one.