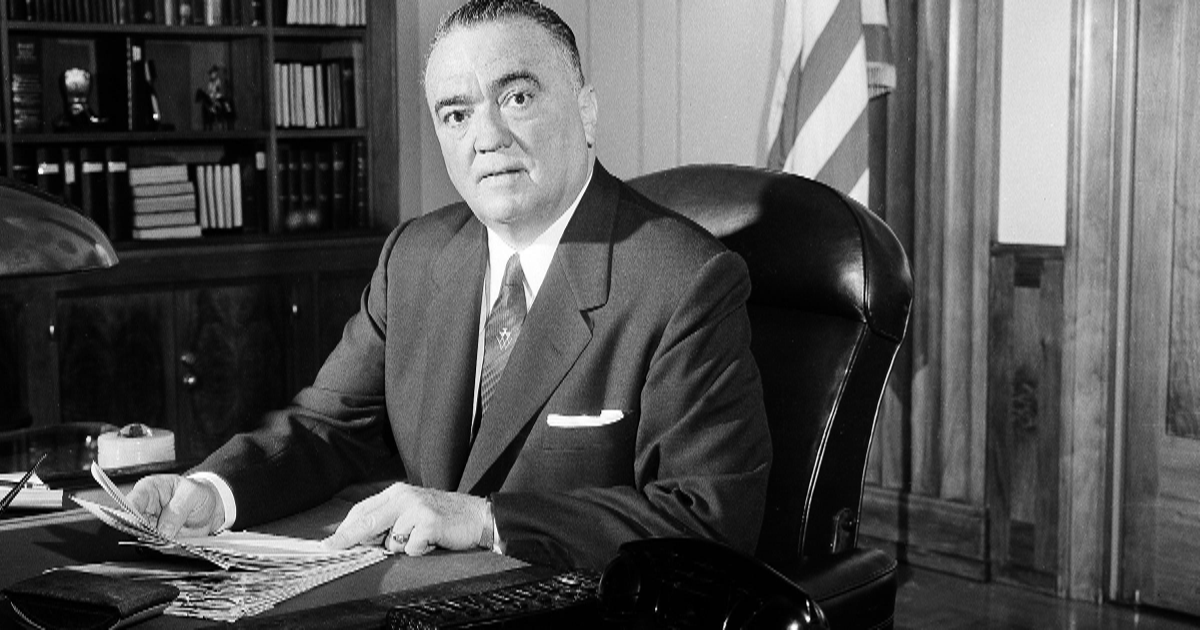 The FBI’s involvement in Hollywood began in the early 1930s – before it was even called the FBI.  In 1933 MGM approached the Bureau about producing a series of short films based on real-life criminal cases.  They were provided access to Bureau files and in exchange agreed to let J Edgar Hoover review and vet the scripts to ensure he was happy with how his men were being portrayed.  Internal Bureau memos and copies of scripts show that in particular, Hoover was not happy with the phrase ‘Federal Dick’ either in dialogue or as the title of a film.

The Crime Does Not Pay series

Back when the FBI was the BOI – the Bureau of Investigation – they struck a deal with MGM to allow access to a limited number of case files in exchange for script approval over the films based on those files.  Only weeks earlier the BOI had turned down a very similar request from John F Strayer, who had intended to set up a small corporation to produce their films.  It appears the BOI felt that MGM were a safer pair of hands, so when MGM’s East Coast representative William Orr got in touch they were more willing to consider their proposal than Strayer’s.

The project was helped by the involvement of writer George F Zimmer, who had been producing radio programmes for several months based on a similar deal with the Bureau.  In a letter to Hoover he explained how their arrangement would work:

In order that these productions shall be precisely what the Bureau desires the following plan will be adhered to:

1) With your help we will select the most desirable cases for the purpose.

2) A writer and myself will then write these stories in scenario form (in Washington) and I will present each to you for changes or suggestion and make each conform to what you desire (the same method I used in the Radio presentation of cases).  This gives you complete control of the material and story.

3) A presentation title or foreword of each picture will state in a very complimentary manner to the Bureau that through its courtesy these cases have been provided from its files etc. (similar to the presentation we have been using with the Radio and in the Newspapers).  The exact wording of same you can determine while we write the scenarios.

Zimmer went on to explain the propagandistic value of the films – which became the Crime Does Not Pay series:

They [MGM] join us in the belief that these pictures while providing interesting entertainment, will help create more respect for law and order and a higher regard for the law enforcement agencies of our country.  They will counteract the tendency of “glorifing” the criminal in the recent gang pictures and justly emphasize the deeds of agents, who fight for the protection of our property and lives.

Perhaps unsurprisingly, this met with Hoover’s approval, even as the Bureau continued to turn down similar requests from other producers.  It seems Zimmer had won Hoover’s trust while producing the radio programmes, and a few weeks later he sent Hoover draft scripts for two episodes for comments and suggested changes.

One, titled The Two Gun Auto Thief, was based on the story of Martin James Durkin.  The script includes a scene where the criminal bad guy shoots and kills a man trying to arrest him.  He examines the body and realises it is a BOI officer.  ‘Just my luck’ he mutters, ‘a Federal dick!’.  Hoover’s handwritten note changed this to ‘a Federal agent’.

Hoover altered aspects of later scripts for The Two Gun Auto Thief and other films in this series, including a scene where car thieves melt off the vehicle registration number.  This was changed to them filing the number off, because the Bureau had methods to try to restore filed numbers and didn’t want to teach potential criminals better, irreversible techniques.  The Bureau also told Zimmer that in several scenes, ‘It will be necessary to entirely eliminate references to the tapping of telephone wires’.  These changes were made without any pushback from Zimmer or others at MGM.  Though the FBI pulled out of the process citing too much work, MGM eventually went ahead and produced the series anyway.  While it did not feature the FBI but instead private agents (e.g. insurance investigators) pursued the bad guys, the series retained the values and spirit developed with the help of the Bureau.

In 1935 a lawyer for Paramount Pictures, Fulton Brylawski, approached the newly-renamed FBI about a film Paramount had made called Federal Dick.  The story featured four federal agents, and Brylawski wanted to make sure they did not share the same names as real FBI agents.  Why Paramount waited until after making the film to check with the Bureau is not clear, as any changes would have involved significant re-recording and dubbing of the audio.

There was no issue with the character names, but the head of the Bureau did not approve of the title.  Hoover wrote a memo to Henry Suydam, an assistant to the Attorney General who dealt with publicity and related affairs.  He complained:

Suydam must have informed Brylawski of Hoover’s objections because the movie was retitled Men Without Names before its release.  However, it appears that there was a second movie called Federal Dick.  An FBI memo from before the approach by Paramount and Brylawski refers to an approach by Julius Klein, a lawyer representing Warner Bros., regarding their production of ‘G’ Men.  The Bureau refused to cooperate with the production or provide any endorsement of the film, and one memo recording discussions between Suydam and Hoover says:

I stated that I thought Mr. Klein should be advised that his scenario is entirely unsatisfactory, and that if he goes ahead and produces the picture the Attorney General can issue a press statement denouncing the picture as he did with regard to the proposed picture entitled “The Federal Dick”.

However, I can find no reference to this other film, so either it was never made or it was made but not released.

Despite being novices at liaising with Hollywood, Hoover and the Bureau caught up remarkably quickly, developing the same level of control over productions now enjoyed by the Pentagon.  In exchange for providing unique access that the writers and producers could not get elsewhere the FBI got script approval over the resulting projects.  They also showed a remarkable ability in these early years to censor productions even when they provided minimal production assistance.