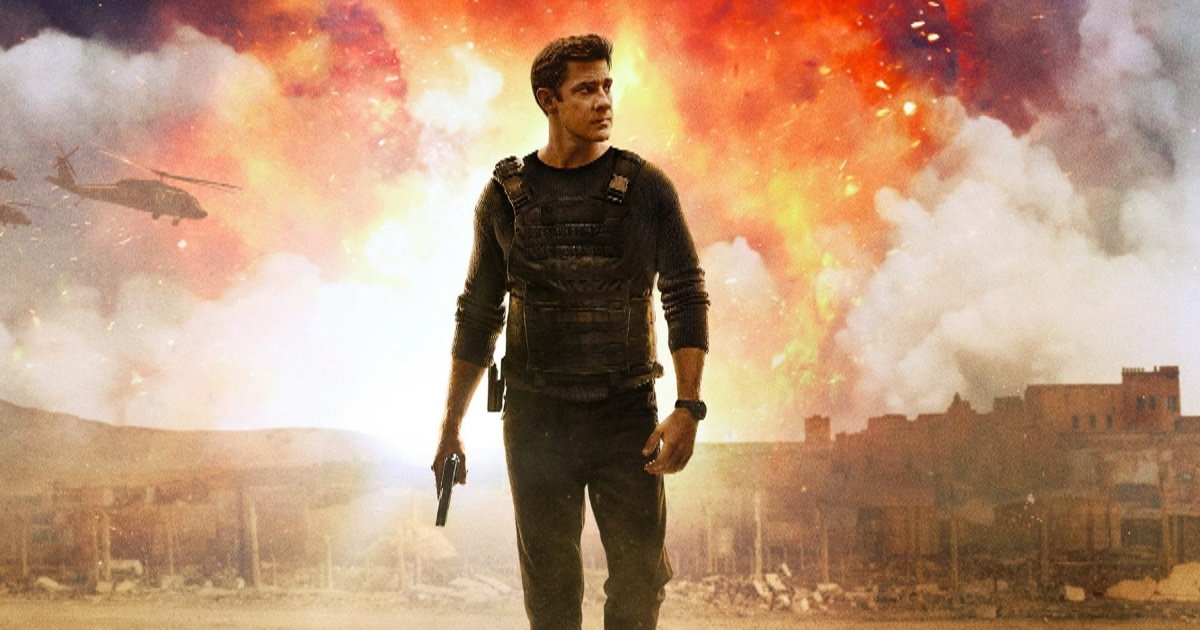 Jack Ryan Season 3 got Government Support from Everyone

The new season of Amazon’s Jack Ryan just came out, and much like previous seasons it benefited from large scale government support.  I have only watched the first episode so far but it seems the Pentagon, CIA and a host of European countries helped produced Jack Ryan season 3.  The storyline of those pesky Russians developing micro-nukes evidently proved irrestible to a range of NATO states.

You know what they say, you wait ages for a CIA series stacked with anti-Russian propaganda and then two come along at once.  I kid, of course, about half of the spy shows recently on TV have Russian villains, and even the second season of the subversive Slow Horses repeats the conspiracy theory that the KGB were behind the assassination of Georgi Markov.  So along with Jack Ryan season 3 and The Recruit, there are currently three shows airing on three different streaming networks – Netflix, Amazon Prime and Apple TV+ – reminding us that however evil our own intelligence agencies are, them Russians are even worse.

The CIA and Jack Ryan Season 3

While the CIA had Jack’s back in the first two seasons, to an unusually extensive degree, they may have taken a step back to allow space for other governments and departments to get a PR boost from this series.  Langley does appear in episode 1 of Jack Ryan season 3, but it’s a brief shot, likely from the stock they shot for the earlier seasons.

Likewise, the CIA logo used on the fookoff plasmas that decorate the sets is not the official CIA logo, unlike in The Recruit, and in earlier seasons of Jack Ryan.  I am not sure what to make of this, as we have seen similar ‘not quite my logo’s in prior CIA-themed but unsupported productions, such as Spy (2015).

Where this gets really odd is that among the credits at the end of the episode is the same disclaimer that’s been on every episode of every season of Jack Ryan – ‘The Central Intelligence Agency has not Approved or Endorsed the Contents of this Production’.  Why would they include this if they didn’t support Jack Ryan Season 3?  But if they did support it, are they trying to disguise that by not letting them use the official logo?  Doublethink abounds on this case.

The Department of Defense and Jack Ryan Season 3

We know that the DOD rejected Jack Ryan season 1, though they were sufficiently impressed with the finished product that they went big on helping promote it, hosting the premiere screening on a battleship.  They got both feet under the bed for season 2, loaning the producers a warship so they could stage a heartwarming rescue/reunion sequence between the new, liberal president of Venezuela and her husband, who had been imprisoned by the old regime.

US Navy ELO confirms what we already knew

Jack Ryan Season 3 also features a US warship, with eponymous star John Krasinki shown arriving on a helicopter from the HSM-79 ‘Griffins’ squadron of the US Navy.

Jack Ryan travels in style, courtesy of the US Navy

We then see Jack chatting to the captain on deck, before setting off with a Special Operations Group team to sneak aboard a Russian cargo ship.

Jack’s on board, courtesy of the US Navy

There is no DOD or US Navy credit on episode 1, but obviously this is an actual ship, with actual John Krasinski on it, so maybe they’re playing the same plausible deniability game as the CIA by not taking credit for their work.

Just in this first episode we bounce from Langley to Greece to the Cezch Republic to Moscow and back again.  Though the only shot of Moscow proper appears to be stock footage, so I doubt the Russian ministry of culture approved any support.  But the list of European governments who did help make this rather tired recycling of the old ‘rogue Russians with nukes’ storyline is extensive: the culture ministries in Quebec, Hungary, Greece, Spain and the Cezch Republic are all listed, among other state-film organisations.

Did Amazon spend any money making this show?

Curiously, we also see a credit for the Slovakian military, i.e. the Slovak Ministry of Defense.

Note that all of these countries – Slovakia, the Czech Republic, Greece, Spain, Canada and Hungary – are all members of NATO, making Jack Ryan season 3 a truly international piece of military-intelligence propaganda.  There will obviously be more to say once I’ve worked through the rest of this season, so perhaps a detailed comparison of The Recruit (the new kid on the block) and Jack Ryan (the established franchise wonderboy) will appear early in the New Year.