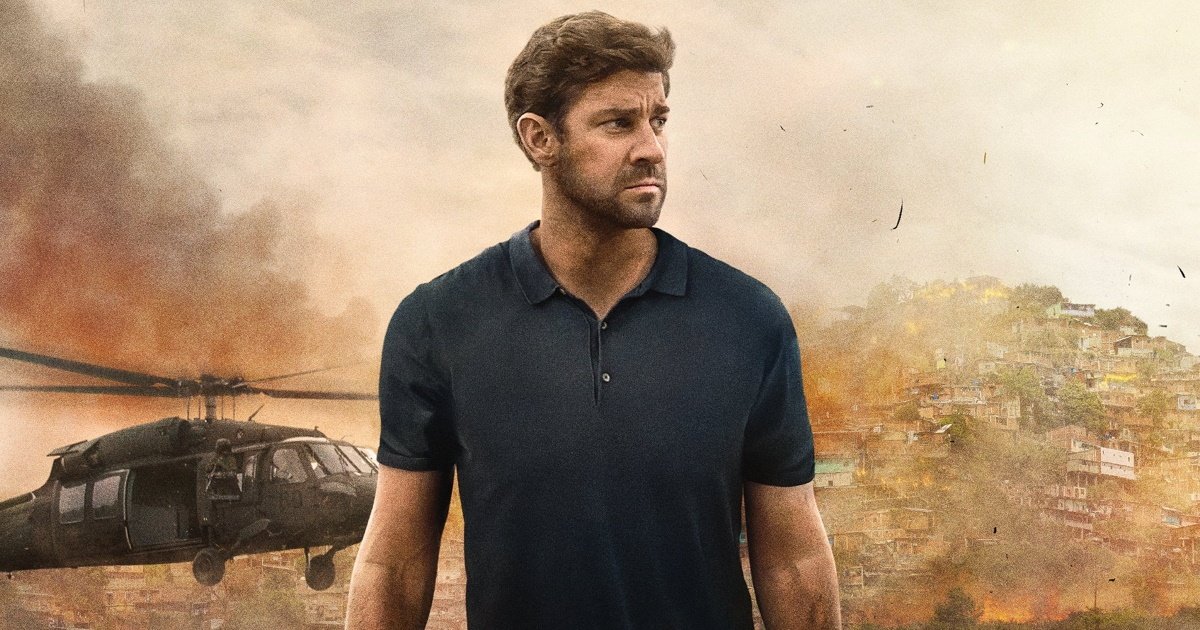 With just a week to go before season 2 of Amazon’s Jack Ryan is released and the eponymous star John Krasinski has tried to downplay allegations that the show is propaganda for a US coup or war in Venezuela.  In an interview he tried to make out that the new season is all about Ryan trying to find out what happened to a friend of his, an ambassador, and that because the US doesn’t attack Venezuela in the series, it isn’t propaganda.

In a recent interview to promote season 2 of Jack Ryan Krasinski and Michael Kelly were asked:

Do you worry about the political ramifications?  I guess when something’s so convincing they think it might be propaganda…

Exactly who the ‘they’ are that the interviewer is referring to is unclear, but most likely she is talking about Venezuelan Culture Minister Ernesto Villegas, who criticised the series as ‘Crass war propaganda disguised as entertainment’.  Nonetheless, the problem isn’t that the show is so ‘convincing’ but that it advances a view of the world whereby Venezuela are at the heart of a nuclear weapons conspiracy, along with Russia, a blatant and obvious attempt to excuse or justify military or paramilitary intervention.

Krasinski replied to the question thus:

To me… eh, uh… I was actually shooting A Quiet Place 2 when the trailer dropped but I did hear that some people were upset and I think its based upon a 2-minute clip and I, I hope that when they see the show that it’s a very different reaction, only because I think that the assumptions being made – I think it was that the US is attacking Venezuela – has nothing to do with our show whatsoever, it’s actually, especially my… uh… storyline, like I said, a friend of mine who’s a senator dies in Venezuela and I try to find out what happened to him, that’s as simple as that gets.

The problem for Krasinski is that the trailer shows it’s about much more than one dead senator – there is clearly a hotly-contested political struggle between two candidates who are obvious stand-ins for Maduro and Guaido, there’s some sort of secret Russians-smuggling-nukes-into-Venezuela element to the story, and the trailer begins with Ryan asking ‘what is the biggest threat we face today?’ before switching to the action in Venezuela.

So how they ‘don’t delve necessarily into the political situation’, in a series where the Venezuelan political situation is a key part of the narrative, is unclear.  Most likely, it simply isn’t true, and Krasinski is continuing his role as a PR man for the CIA and the US war machine.

I will be delving into all of this in my forthcoming video project on Jack Ryan (which will hopefully be out within a week or so of the new series being released) where I will thoroughly debunk everything Krasinski is saying here.