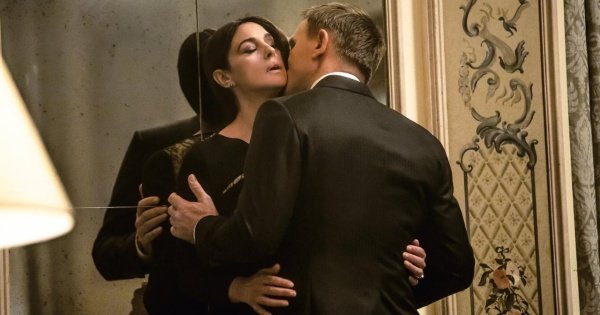 James Bond a moral standard according to High Court

A recent ruling by the High Court has established that the behaviour of fictional spy James Bond is now an acceptable benchmark for the behaviour of real spies in the real world.  The ruling concerned a case being brought by several political activists who formed sexual relationships with people they did not know were undercover police spies.  The most famous of these is the Mark Stone/Mark Kennedy story, but there are several others.  In some instances the undercovers even had children and lived with the activists for prolonged periods.

The ruling concerned whether the behaviour of the officers fell into that defined by the Regulation of Investigatory Powers Act (RIPA) of 2000 and therefore could be heard by the  Investigatory Powers Tribunal.  RIPA outlines what the intelligence and security services in the UK, including the police, are and are not allowed to do during their investigations.  The police were arguing that the behaviour of their officers was legal under RIPA, and therefore should be heard by the semi-secret IPT.  The activists wanted the case to appear in public in the High Court.

The ruling quotes from a Her Majesty’s Inspectorate of Constabulary report on undercover policing that says, ‘it is been said that undercover officers who infiltrate conspiracies to murder, rob or commit terrorist offences could hardly remain concealed unless they showed some enthusiasm for the enterprise. A good deal of active behaviour in the course of an authorised operation may therefore be acceptable.’

Mr Justice Tugendhat went on to say that, ‘Other examples come to mind from the realms of fiction. James Bond is the most famous fictional example of a member of the intelligence services who used relationships with women to obtain information, or access to persons or property. Since he was writing a light entertainment, Ian Fleming did not dwell on the extent to which his hero used deception, still less upon the psychological harm he might have done to the women concerned. But fictional accounts (and there are others) lend credence to the view that the intelligence and police services have for many years deployed both men and women officers to form personal relationships of an intimate sexual nature (whether or not they were physical relationships) in order to obtain information or access.’

As such, he concluded that the actions of the undercovers were covered by RIPA and so the Human Rights Act part of the cases (primarily the invasion of privacy) will be heard behind closed doors.  However, the common law aspects of the case (including deceit and malfeasance in public office) will be heard in public in the High Court once the IPT proceedings have been completed.

Nonetheless, it is quite absurd if not horrifying for a High Court judge to cite the behaviour of James Bond as an acceptable moral standard, or even as part of determining an acceptable legal standard.  You can download the ruling here.