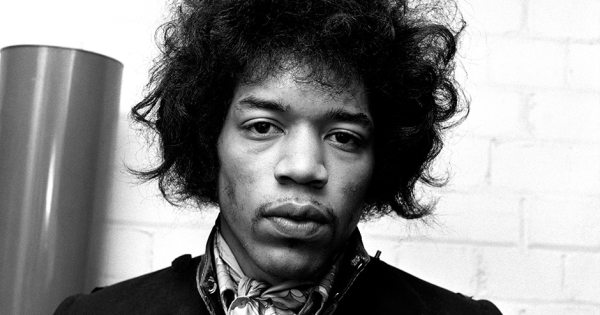 The FBI’s file on James Marshall Hendrix aka Jimi Hendrix is a brief but entertaining example of the Bureau having too much time on their hands and not enough to do.  After Hendrix was arrested in Toronto in 1969 ‘after a quantity of marijuana was found in his shaving kit’ the Canadian authorities asked the FBI for help finding an excuse to deport him.  Hoover’s men duly obliged, though they found virtually nothing.

Jimi Hendrix and the request from Canada

After his arrest for narcotics possession Hendrix was released on bail but according to the Bureau file, ‘if he is found innocent of the charge Canadian Immigration would like to deport him anyway if if it can be shown he has prior criminal convictions in the United States’.  In other words, the Canadian government wanted to boot Hendrix out of the country regardless of whether he was found guilty of a crime, i.e. for cultural and political reasons.  Unsurprisingly the Bureau were more than happy to assist, having spent much of the decades under Hoover’s leadership spying on and harassing celebrities who didn’t toe the line.  In the 40s and 50s the excuse was usually Communism, but by the 60s LSD and the hippy movement provided them with a new phoney rationale.

They checked the records and found that in 1961 Hendrix had been arrested in Seattle for driving a vehicle without the owner’s permission (a serious crime if ever there was one) but it appears there was never any disposition of the charges resulting from this.  Hendrix was never convicted of a crime in relationship to this arrest but the FBI obtained the information and forwarded it to the Canadian authorities.

Ultimately, Hendrix was acquitted because the Canadian government couldn’t prove that the hashish and heroin found in his luggage belonged to him.  He had no drug-taking equipment and no track marks from needles on his arms so after waiting several months for a trial the jury found him not guilty after a few hours of deliberation.  According to Mitch Mitchell and Noel Redding (Hendrix’s bandmates) they had been warned the day before about a drugs bust, leading to speculation that the drugs had been planted and the whole situation was a set up.  Given the Canadian government’s apparent eagerness to kick Hendrix out of the country, this is not at all unrealistic.

What isn’t in Hendrix’s FBI File

While several articles say that the Bureau took seriously the rumours that Hendrix put LSD tabs inside his bandana so they would dissolve and get him high during performances there is no reference to this in the available file.  One report that might have mentioned this is redacted, so it is possible that a previously-released version of Hendrix’s FBI file did mention this rumour.  However, it is probably untrue anyway as it makes little sense to try to absorb acid through the skin in that way. It is odd that the FBI were unable to find these records several years later, and seem to have been unaware that Hendrix evaded the charges by joining the Army.  But then, this was a politically motivated investigation that had nothing to do with reality.