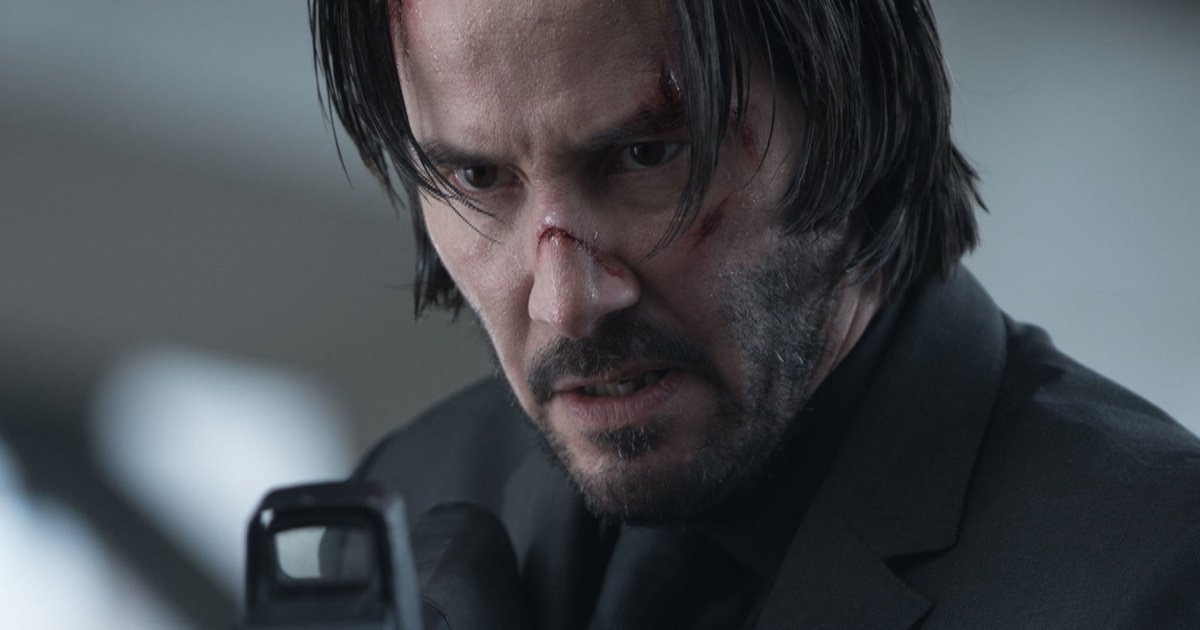 In what appears to be little more than a promo for the third John Wick film, a recently-released video shows star Keanu Reeves being trained by former Navy SEAL and CIA contractor Shawn Ryan.  A veteran of the war on terror, the video shows Ryan teaching Keanu how to walk into a room with a gun, wear sunglasses and a baseball cap, and look tough.  What this adds to his performance is anyone’s guess.

The video was posted on the youtube channel for Vigilance Elite – a company founded by Ryan that provides training to everyone from movie stars to people who are so paranoid they think ISIS are about to jump through their living room window.

Ryan’s website explains some his background in Navy special forces and the CIA, and outlines the business plan for his company:

Shawn enlisted in the United States Navy at the age of 18 and began his journey of becoming a Navy SEAL where he served with SEAL Teams 2 and 8 deploying to multiple conflict zones and fighting in both OIF (Iraq) and OEF (Afghanistan).  After leaving the US Navy and Navy Special Warfare Community, Shawn continued to serve his country as a CIA Contractor involved in US intelligence clandestine operations.

During his 14 years of combat experience as both a Navy SEAL and CIA Contractor, Shawn made over 20 deployments to combat zones in 14 different areas of operations.  As the focus of this country’s fight against terrorism expanded from the anti-Al-Qaeda and Taliban Operations “Enduring Freedom” and “Iraqi Freedom” to The Islamic State (ISIS) Operation “Inherent Resolve,” Shawn left the Special Operations Community to pursue a new career and bring his skillset to the home front.

As the fight against terrorism increasingly found its way to the United States, Shawn founded Vigilance in December 2015 to provide training to both the civilian and law enforcement sectors. Vigilance’s purpose is to teach and instill the unique skills and mindset of a Navy SEAL to those who want to learn to defend themselves and their families against imminent threats.

This sort of training is offered by an increasing number of military/paramilitary veterans and seems to offer little of use to fantastical action-thriller movies where one guy frequently takes out a whole room full of bad guys in a totally unrealistic fashion.

But of course, realism isn’t the aim here – the appearance of authenticity is.  Just as historical movies use costumes, props and sets to create a veneer of authenticity (regardless of actual historical accuracy), this kind of military training gives the audience an impression of authentic combat.  It also gives the performers something to talk about on late night talk shows in order to promote the movie without risking spoilers.

This helps normalise the steady militarisation of every day life.  If a movie star with no military experience can give an ‘authentic’ depiction of walking into a room and shooting people it makes it seem cool, but also reinforces the myth that the enemy might strike at any moment, so you need to be prepared.  While we actually live in relatively violence-free societies here in the West, news media and action-entertainment help perpetuate the military mentality where everything and everyone is a potential threat.

As such, companies like Ryan’s and movies like John Wick maintain the same values and mindset encouraged by the military entertainment liaison offices, and thus function as extensions of and propaganda for the security state.