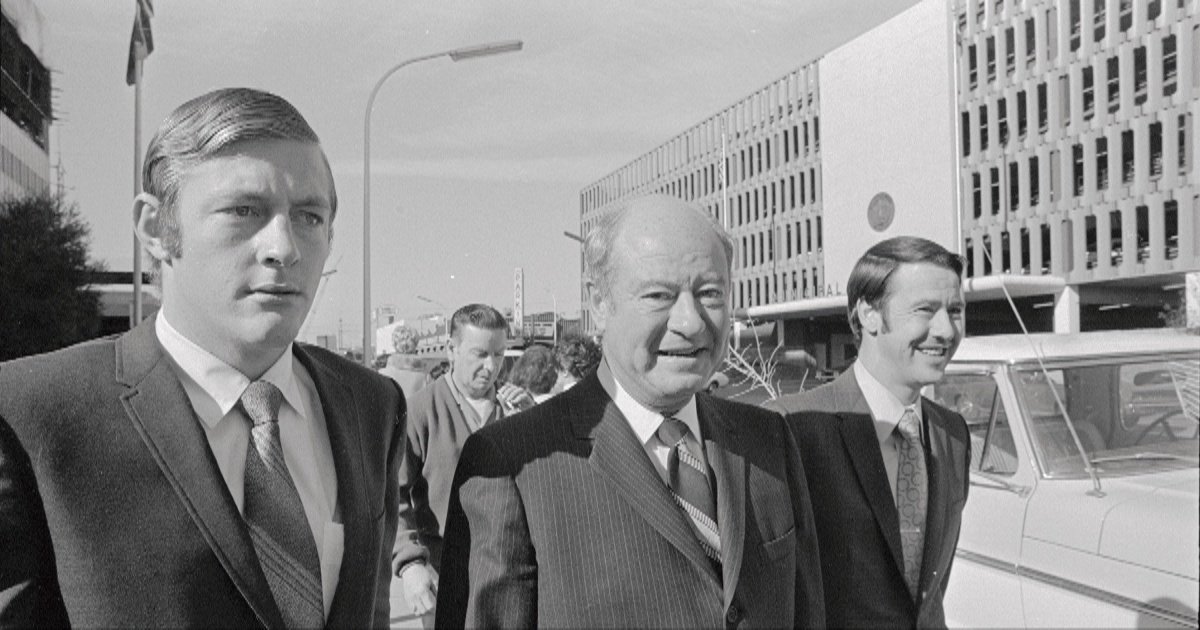 The King, the starlet and the CIA’s fixer in Hollywood

A recently released document from the JFK files has confirmed an old rumour: that the CIA helped arrange the affair between actress Susan Cabot and King Hussein of Jordan.  The memo records how the man directly involved was the CIA’s on-the-ground fixer in Hollywood, Robert Maheu.

Cabot was a well-known B-movie starlet who appeared in the memorable classics War of the Satellites and The Wasp Woman. Yeah, Hollywood hasn’t got any more original since the 1950s. While she was never a top-notch actress or celebrity, she was certainly beautiful and, if her later life is anything to go by, a bit psychologically damaged. In the spring of 1959 King Hussein bin Talal of Jordan visited the United States for diplomatic negotiations and somehow the CIA wound up with responsibility for finding him a bit of skirt.  The newly-declassified memo records how:

The foreign official was especially desirous of female companionship during his Los Angeles visit and it was requested that appropriate arrangements be made through a controlled source of the [CIA’s] Office [of Security] in order to assure a satisfied visit.

While the memo only refers to the ‘foreign official’, it is clearly Hussein due to the dates and his long-known relationship with Cabot.  While the CIA in 1959 already had a proven track record of being able to overthrow governments and sponsor death squads, pimping was not yet their speciality.  So they turned to their fixer Robert Maheu to track down a local piece of tail for the randy King:

Maheu turned to a ‘prominent Los Angeles attorney’ in order to arrange a party for the King where he could meet a nice young lady for the purposes of getting his royal end away.  This individual’s name is redacted, but it is known that Hussein and Susan met at a party hosted by California oil baron Edwin Pauley.  Whether or not it was Pauley who Maheu reached out to, whoever it was had previously been granted some kind of clearance by a division of the CIA.

The memo goes on to report how Cabot and Hussain became ‘intimate friends’ during the King’s time in Los Angeles and that he wanted to continue the affair when he went to New York the following week.  The CIA rented a house in Long Beach, Long Island where Cabot and Hussain hung out, when the King wasn’t involved in the meetings and negotiations that were the reason for his visit.  During this week in Long Island, Cabot spoke to another redacted name who was almost certainly a CIA official, saying that when she was first approached she was ‘unclear as to just what part [redacted] wanted her to play’ and he replied ‘I am employed [redacted].  We want you to go to bed with him.’

Where this gets slightly sickening is that according to Double Cross, by Sam Giancana Jr. and Chuck Giancana, Marilyn Monroe was used by the CIA as a professional seductress, to compromise political leaders all over the world.  This same rumour – for which no evidence whatsoever has emerged – supposedly included JFK, RFK and president Soekarno of Indonesia among the CIA’s targets.  Monroe certainly met Soekarno at a party in the Hollywood hills in the president’s honour, not unlike what happened with Hussain and Cabot. The notorious Marilyn Monroe CIA memo (if genuine, which I am still trying to figure out) does suggest they were monitoring her communications with JFK, and that they discussed state secrets.  But that is a far cry from Monroe being a CIA asset, used to honeypot world leaders.  Indeed, there’s no indication from the Maheu memo what the CIA’s motives were in arranging Cabot for him.   Meanwhile, the Giancana’s book is a piece of trash, full of disgusting lies, written by the relatives of a total psychopath, so we probably shouldn’t take this Monroe story too seriously.

Where the connections become more substantial is on the Cuban side of things.  Marilyn Monroe was having affairs with both RFK and JFK around the time of the Bay of Pigs and leading up to the Cuban Missile Crisis.  Meanwhile, Maheu was involved in the pre-Bay of Pigs CIA plot to kill Fidel Castro, or as one CIA memo puts it:

On behalf of the CIA, Maheu approached the West Coast representative of the Chicago mob – Jonny Roselli – while posing as an agent of unnamed Western corporations.  He explained that these companies were losing money due to Castro, and offered $150,000 to whack the beard.  As the plan progressed, Maheu was introduced by Roselli to Sam Giancana and Santo Trafficante.  After numerous attempts to slip poison pills into Castro’s food, the project was cancelled shortly after the failed Bay of Pigs invasion. But what of Susan Cabot?  Her life ended, not unlike Monroe’s, in a grisly death.  Cabot had one son – likely the product of her relationship with the King – and as she got older she became suicidally depressed (a common experience for performers of many kinds).  One day she attacked her son, and he killed her in self-defence, later being prosecuted and jailed for involuntary manslaughter.  Maheu lived to a ripe old age, even publishing a book on his time as a go-to agent for Howard Hughes, and seeing the TV series based on his investigation agency (Mission: Impossible) turned into a Hollywood film franchise with the help of his former employers, the CIA.