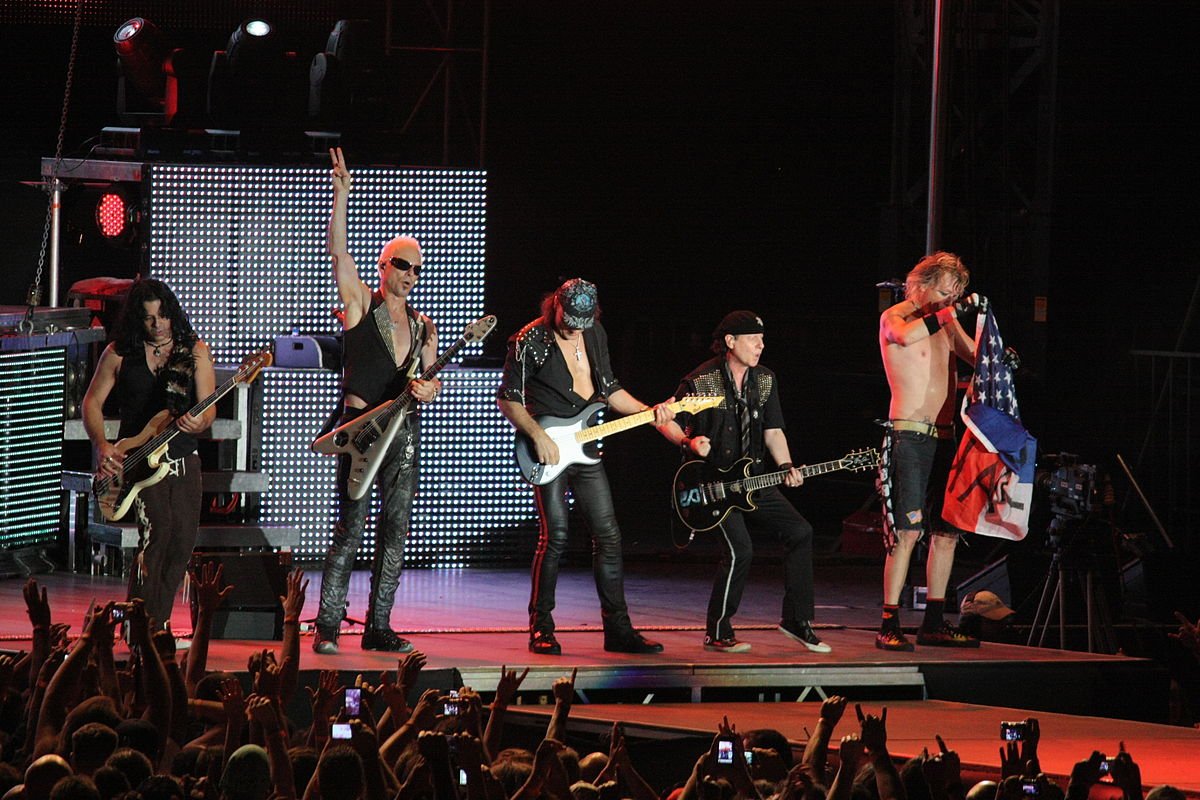 Limited Hangout Podcast ‘Winds of Change’ Being Adapted for TV

Online streaming service Hulu have announced that they are adapting the popular podcast series ‘Winds of Change’ into a TV series. The podcast, hosted by New Yorker staff writer Patrick Radden Keefe, explores whether the CIA wrote the 1989 rock hit ‘Winds of Change’ by the West German group Scorpions.

The theory is that the CIA actually penned the song themselves, as part of an effort to help Western values spread behind the Iron Curtain, and thus hasten the end of the Cold War.

Why would Hulu take on such a controversial, and therefore potentially risky, project? After all, accusing the CIA of turning rock music into a vehicle for Cold War propaganda is a bold move.

Ex-Obama staffers and the CIA connection

The podcast version of Keefe’s story was produced by some big names in the new media landscape – Crooked Media, Pineapple Street Studios and Spotify. Crooked Media was founded in 2017 by Jon Favreau, Jon Lovett, and Tommy Vietor, all former senior staffers in the Obama White House.

In an interview Vietor explained that they set up the company in response to the 2016 election result, saying, ‘If Hillary had won, we probably would’ve kept doing this as a hobby. But when she lost, I think we all had this existential crisis, where it didn’t feel right to wake up every day and obsess about politics and what’s happening in the country, and then go to work doing something else.’

In a separate discussion a New York Times reporter asked the founders whether they considered Crooked a media company, and Favreau responded, ‘I don’t know if it’s a political movement or a media company.’ Vietor added, ‘We’re going to maximize for the political impact, not the financial impact.’

For their part, Spotify count among their early investors Founders Fund, where former Napster CEO and facebook president Sean Parker was recruited to help Spotify negotiate with major record labels. Parker, who now sits on Spotify’s board, was approached by the CIA when he was just 16, though it is unclear whether the Agency recruited him at that time.

The fund’s CIA connections go beyond Parker. They are Peter Thiel’s venture capital firm, among the earliest investors in Facebook, which is where Thiel and Parker first met. Founders were also the first funders of Palantir, who create software and other tech solutions for the US intelligence community. Alongside Founders Fund the other initial investors in Palantir were In-Q-Tel, the CIA’s silicon valley investment arm.

It is no surprise that a podcast produced by former White House officials and a CIA-connected music app isn’t as hard-hitting as its promotion made out, but the ‘Winds of Change’ podcast clearly had big money behind its roll out.

On its release last May enticing reviews appeared almost instantaneously in Slate, the Guardian, the Telegraph, the New York Times, the Sidney Morning Herald, Esquire and Entertainment Weekly, among many other outlets.

This generated a huge amount of buzz, especially as people were looking for ways to kill time during lockdown, resulting in the podcast going viral and appearing in numerous listicles proclaiming it one of the best listens of 2020.

This led to a situation where there was a ‘competitive battle’ for the rights to adapt it into a TV series, which both Crooked Media and Spotify are co-producing.

All this for a podcast about a fairly obscure German power ballad which reaches no firm conclusions as to whether the CIA had any involvement in its production.

So is the series, and its forthcoming TV adaptation, a limited hangout, presenting the issue of US government influence on popular culture in a trivial and equivocal manner?

The decision to focus on one bit of hearsay, some scuttlebutt that Keefe heard from a former CIA officer, framed the subsequent investigation in a superficial way, rather than taking a serious look at the Agency’s decades-long influence on pop culture. For example, Keefe does not provide as useful context for the listener any information on how the CIA have been rewriting Hollywood movies since the early 1950s, or how they bankrolled early exhibitions of Abstract Expressionist art.

Likewise, the ‘Winds of Change’ podcast keeps its discussion firmly in the realm of history, and fails to mention how the CIA have a formal system for working with Hollywood and other culture producers. In recent yearsmy own investigations have shown how their entertainment liaison office has worked on everything from Michael Bay’s Benghazi movie ‘13 Hours’ to episodes of reality shows like ‘Top Chef’ and ‘Pawn Stars’.

Keefe chose to look at one song from 30 years ago, rather than a sustained campaign of cultural influence from one of the world’s most shadowy organisations.

A denial from a man in the know

The most qualified source Keefe spoke to was Scorpions frontman Klaus Meine, who poured cold water on the theory. Meine maintains that he wrote the song and denied any CIA connection with Scorpions, though he conceded, ‘If the CIA had a song and put it out behind the Iron Curtain, that would make sense. It’s a little weird when you think about it, but on the other side, it underlines the power of music in a big way. It infiltrates and all of a sudden half of Russia is whistling Wind Of Change and they don’t know why.’

In his conversation with Meine, Keefe admitted that even he doesn’t really believe the story, saying, ‘I don’t know that I believe there’s some kind of connection.’ Meine responded, ‘I think it’s a joke. I don’t take it seriously.’

So, that is probably the answer as to why Hulu have taken on this apparently risky project – the series is very safe, despite its contentious premise. Keefe’s investigation is frustratingly inconclusive and the podcast is primarily focused on the people he met, rather than the evidence he gathered (or failed to). Ultimately, the podcast did not answer the question it poses, and therefore acts as a cultural curiosity rather than a critique of power and propaganda.