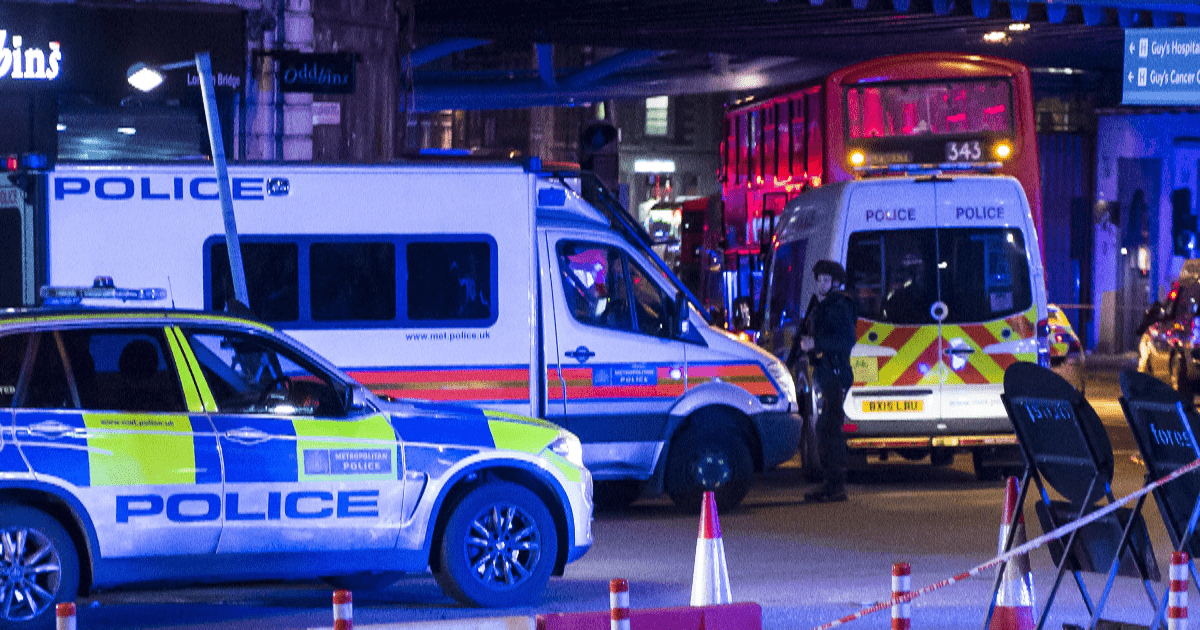 London Terror and the General Election

A mini-documentary I made about the terror attacks on London Bridge and in Borough market last night, and how they fit into a pattern throughout this election campaign.  I summarise events over the last few months, their political relevance and why the conventional explanations do not fit with what we know about these terrorist incidents.

Last night, for the third time this year, terrorists attacked the British public. At least 7 people are dead and dozens more were injured.

Why did this happen? What is driving this violence?

March 20th: The Prime Minister’s spokesman repeats earlier statements that the government won’t be calling a snap election, saying ‘the Prime Minister is getting on with delivering the will of the British people’.

March 22nd: A lone attacker kills several people including a police officer during an attack on Westminster Bridge and outside the House of Parliament. He is shot dead by armed police.

April 18th: The Prime Minister announces that there will be a snap election, to take place on June 8th. Labour’s campaign gets off to a strong start and the opinion polls start to narrow.

April 27th: A man is arrested walking around Westminster with a knife. No one is injured, but the incident is reported as a terrorist attack. It quickly emerges that he was being followed on CCTV by the Police and MI5, who waited until he got to Westminster before giving the order to arrest him.

May 4th: In the first ever election for Mayor of Greater Manchester, Labour win a landslide victory. Over the following weeks the national polls continue to show a surge in support for Labour, whose anti-austerity policies contrast sharply with those of the Tory government.

May 18th: The Tories launch their manifesto, which includes hugely unpopular policies including starving schoolchildren, forcing old people with dementia to sell their houses to pay for their own care, and the return of fox hunting. This leads to widespread criticism and the opinion polls continue to narrow.

May 22nd: A bomb explodes at the Manchester Arena. American intelligence almost immediately begins leaking the official story, that this is a suicide bombing. It quickly emerges that the alleged bomber’s father is a member of a Libyan terror gang sponsored and protected by British intelligence. Experts say that the detonator was designed so that it could be set off by remote.

In the wake of the bombing, election campaigning is suspended for several days, but the polls continue to show Labour eating into the Tory lead.

June 1st: A new poll shows Labour are 17 points ahead in London, and indications are that the Tories will lose their majority in Parliament.

June 3rd: Terrorists attack London, running over people in a van and then stabbing them with long knives. All three attackers are shot dead by armed police. The election campaign is suspended again, and some suggest that the election should be postponed.

While social media is flooded with comments suggesting some or all of these attacks are part of a plan to help keep the Tories in power, no journalist even considers this possibility. The right wing media blames any and all Muslims. The left wing media largely blames blowback, either from foreign invasions and interventions, or from the covert sponsorship of jihadis in Libya and Syria. Both of these narratives avoid the fact that the alleged Manchester bomber was reported to the security services on several occasions by friends and family members, and that the FBI warned British intelligence about him months before the bombing.

What might explain this is Operation Gladio. During the Cold War, secret armies in over a dozen NATO countries infiltrated radical groups and carried out terrorist attacks that were blamed on Leftists to sway public opinion against democratic support for Communist and Socialist parties.

When Gladio was uncovered the European Parliament passed a resolution condemning the secret armies, and officially they were all shut down. 25 years later and Jeremy Corbyn’s Labour party are the most left-wing candidates to have a chance of forming a government in a generation. The closer Labour have got in the polls, the more we’ve suffered terrorist attacks.

This is not a coincidence. This is not simply blowback. We invaded Afghanistan in 2001, and Iraq in 2003 and suffered no terrorist attacks as a result. We went to war with Libya and Syria in 2011, and the only terrorist attack potentially resulting from that was by the son of a member of a terrorist gang MI5 and MI6 supported. This is not about foreign policy, or there would have been a lot more terrorist attacks in the UK in recent years. While withdrawing from these wars and adopting a far less militaristic foreign policy would undoubtedly be a good thing, it wouldn’t make this country much safer. We had terrorists before these wars and we’ll have them long after these wars are over.

Instead we should be focusing on our own security services. What relationship did they have with these terrorists? What did they know about them ahead of time, and what did they do about it?

After the last major terrorist attack in Britain, the 7/7 London Bombings in 2005, MI5 kept changing their story. The first story was that the alleged bombers were ‘clean skins’, unknown to MI5. The second story said that they had turned up on the fringes of another investigation but were never thought to be a threat. The third story was that MI5 had the men’s phone numbers, addresses, vehicle registrations, and they had appeared during police surveillance on multiple occasions. MI5 claimed that they were considered a threat, but that the men were never specifically targeted by any intelligence operation. The fourth story claimed that they were targeted by multiple intelligence operations, but mysterious unexplained bureaucratic and analytical failures meant that they were never properly identified before the bombings. A close examination of MI5’s documents proves that even this fourth story is not true.

There is no good reason to believe that MI5 have got any better at telling the truth in the years since then.

There is no good reason for the cowardice of mealy-mouthing journalists who are failing in their democratic duty to examine these attacks.

There is no good reason not to ask these questions and demand answers.