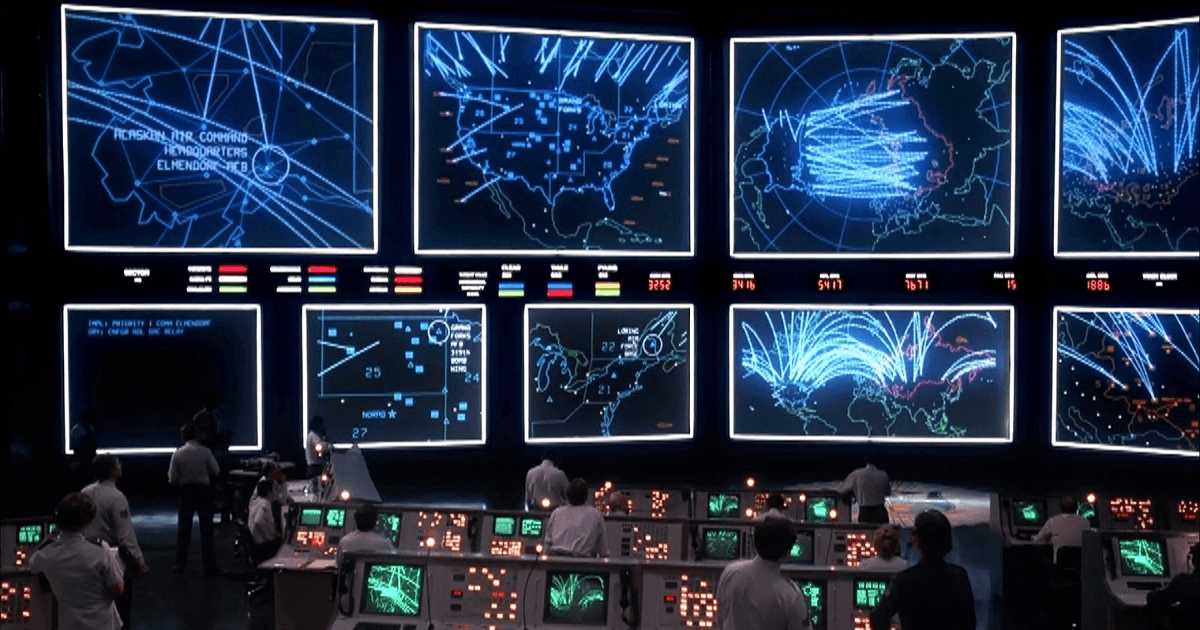 In April 1983 MGM sent a priority cable to CIA headquarters, inviting director Bill Casey to a special screening of their new feature War Games, starring Matthew Broderick and Ally Sheedy.  The private screening was hosted by the MPAA building in Washington D.C., and even more surprising than the invitation is that the notoriously secretive Casey said yes.

I discovered the cable during one of my regular trawls through the CREST database, looking for connections between the CIA and major Hollywood studios and/or the MPAA.  It reads:

[redacted] IS HOSTING A SCREENING 0F MGM/UA’s “WAR GAMES” ON THURSDAY, MAY 5, 7 O’CLOCK PM AT THE MPAA SCREENING ROOM. 1600 I STREET WASHINGTON DC.  “WAR GAMES,” WHICH OPENS IN THE UNITED STATES ON JUNE 3, HAS BEEN SELECTED AS THE CLOSING NIGHT PRESENTATION OF THE FORTHCOMING CANNES FILM FESTIVAL. APART FROM BEING AN EXCITING ENTERTAINMENT, IT DEALS HEAD ON WITH THE MOST IMPORTANT ISSUE OF OUR DAY PRESENTED FOR THE FIRST TIME IN POPULAR FORM.

WE WOULD DEARLY APPRECIATE YOU JOINING US AT THE SCREENING AND FOR A SUPPER FOLLOWING. “WAR GAMES” COULD WELL BE NOT ONLY  HOST POPULAR MOTION PICTURE OF THE SUMMER BUT THE MOST CONTROVERSIAL AND ONE YOU’LL FIND DIFFICULT TO IGNORE.

There are several amusing aspects to this – not least the way they’re using the language of a promotional poster in trying to bait the CIA director into going to watch the film.  Also, the MPAA building in D.C. is at 1600 Eye Street, not I Street.  It’s bizarre that the front office of one of the biggest studios wouldn’t know that, though maybe it was a work experience girl who did the typing.

However, the strangest part is that the name of the person hosting the screening is redacted, but we know from another CIA document that it was head of the MPAA Jack Valenti.  Excerpts from the director’s office diary record that Casey and his wife went.

In this document it is the address that is redacted, but in all likelihood Valenti hosted the screening and the supper as he had on other occasions.  Indeed, while the CIA under Casey tried to go back to having no public image and disengaged from working with Hollywood as they did in the 1970s that did not stop the director keeping up the CIA tradition of attending MPAA screenings.  Casey also went to see On Golden Pond and I Love Liberty at the MPAA building on Eye Street.

We don’t know exactly what Mr and Mrs Casey made of War Games, especially its depiction of the US Air Force putting a computer in charge of the US nuclear stockpile.  In some ways it is a very critical or at least absurd movie that mocks the military establishment – an infantilised, 1980s equivalent of Dr Strangelove.  It may be telling that this was the last time (that we know of) that Casey went to one of these MPAA screenings, so perhaps the film disturbed or disgusted him enough that he wanted nothing further to do with these East Coast Hollywood types who can’t even spell addresses properly.