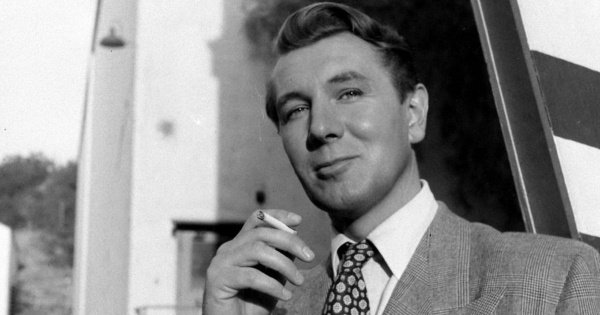 Michael Redgrave was a curious actor who served in the British Navy and appeared in propaganda films for government agencies on both sides of the Atlantic in the 1950s, but the whole time he was under investigation by MI5.  His file runs to over a hundred pages and contains information from 1940 through to 1961.

The irony runs thick and deep in what the file does and doesn’t include.  It does not mention any of the films that had the involvement of state agencies in their production, and is mostly concerned with Redgrave’s relationship with Guy Burgess of the Cambridge spy ring.  The file was closed only a couple of years after Redgrave appeared in the second of his two films that had CIA sponsorship – The Quiet American.

Redgrave was under investigation because they had long suspected him of Communist sympathies, as a report from Special Branch to the Director-General of MI5 makes clear.  The Foreign Office’s IRD also reported the same, though their brief commentary doesn’t mention that Redgrave was fingered as a possible Communist by none other than George Orwell.  That Redgrave went on to star in the CIA’s adaptation of Orwell’s most famous book, 1984, is beyond irony.

Despite these reservations from Special Branch, the Foreign Office and MI5, the security services never stood in the way of Redgrave’s career or made recommendations against him. The BBC, among others, wrote to MI5 to ask if there was any problem with them employing Redgrave or asking him to give a lecture or speak at an event.  MI5 always said they had no objection.

Redgrave was even awarded an OBE in 1952, in the midst of MI5’s investigation into him, and one source report shows that Redgrave was worried that his Communist connections might prevent the Queen from awarding him the honour.  The source reported a conversation in which Redgrave explained how blacklisted American filmmaker Sam Wanamaker had tried to get Redgrave to associate himself with a London theatre club that ‘was clearly a Communist one’. In the event, Redgrave had nothing to worry about because shortly after this report was filed, he was awarded a knighthood.  You can download the MI5 file on Michael Redgrave here (PDF).  We will probably have to wait for another 20 years before the file on his daughter, a Trotskyite who like her father appeared in a CIA-assisted movie, is declassified.