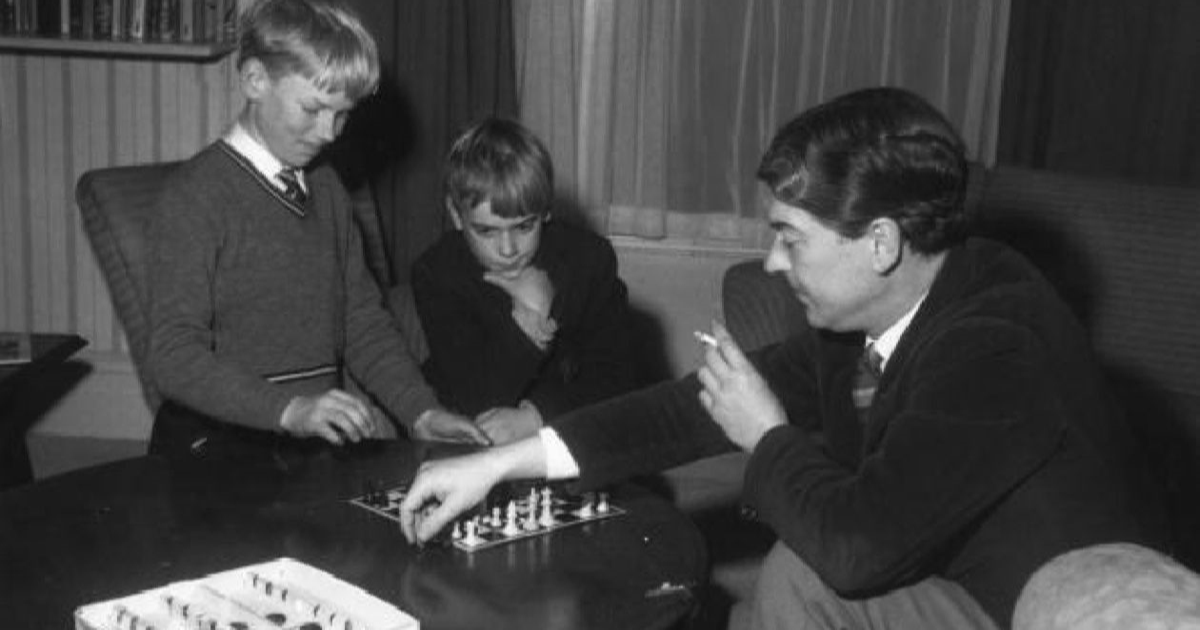 The latest files to be released by the National Archives include one on Kinsgley Amis – the former novelist and critic who was knighted in 1990.  Amis was a member of the Communist party while at Oxford university in June 1941, though he renounced Marxism in 1956-7.  MI5’s monitoring of Amis, which included intercepting letters, collecting news cuttings, keeping an eye on his mistress and talking to people who knew him, covered this same period but continued for another decade after Amis has publicly rejected communism.

Amis first came to MI5’s attention in 1942, via a report from the Oxford police.  Even though Britain was engaged in WW2 alongside the Communist Soviet Union, domestic communists were routinely reported to MI5 by various authorities.  Amis was called up not long after this report, and served in the Royal Corps of Signals – an Army intelligence regiment.  MI5 requested his army records, and received a handful of documents describing Amis in mostly positive terms.  One said:

Very keen and cheerful and possess a mind of his own. His powers of leadership and command have much improved and he only wants practical experience in a field unit to become a good officer.

As the war came to an end they shifted their focus, and asked for an update from his commanding officer, who said:

He is obviously well-read, but a bit young and inexperienced in the ways of the world.

Indeed, Amis not only made a big show of his Marxist beliefs, he made quite a show of renouncing them, describing that period of his life as a ‘callow Marxist phase that seemed almost compulsory in Oxford‘.  In later life he became notably right-wing, so perhaps this assessment of Amis rings true.

After Amis was discharged, MI5 spent years getting local police chiefs to document his movements and whereabouts, and noted at least one mistress – presumably Elizabeth Jane Howard, who would become Amis’ second wife after causing the divorce with his first.  One police report noted how he ‘did not appear to engage in Communist activities’ and when his novel Lucky Jim was published in 1954, it was widely acclaimed, even winning the Somerset Maugham prize (Maugham was a former MI6 spy).

Nonetheless, the Foreign Office continued to liaise with MI5 every time Amis traveled abroad and the security service continued to field vetting requests about him from various organisations looking to offer him a job.  In 1961 they wrote to the Commonwealth Information Office recapping their information on Amis and concluding:

We have nothing to add to the reports mentioned above, and the information contained in them does not in the view of the Security Service provide grounds for denying the candidate employment in a post offering opportunity for subversive activity.

By this point Amis had noisily rejected Marxism, so presumably this is MI5’s way of saying that they now thought he could be put to good use, or at least that he was a viable candidate for ‘subversive activity’.  Indeed, in 1968 Amis became the first author since Ian Fleming’s death to write a James Bond continuation novel – starting a tradition that has persisted through to today.

Another indication of MI5 changing their minds and beginning to see Amis as an asset came in the late 50s, when Amis was invited to lecture at Princeton university.  Amis had ticked ‘no’ in the box asking if he’d ever been a member of the Communist Party but MI5 had provided intelligence saying he had been (albeit 15 years earlier).  This led to a discussion between British and American authorities on whether the visa should be issued, with MI5 concluding that Amis would likely protest if it wasn’t, potentially casting light on their role and their secret monitoring of him.  In the end, they provided the Americans with a copy of the Daily Worker article where Amis had renounced Communism and Amis assured the US authorities this accurately represented his views, and the visa was granted.

So, did Amis do a reverse-Ransome and go from being a suspected Communist to being an MI5 asset of some kind?  These files are far from conclusive but they do offer a few tantalising hints that MI5 changed their mind about him almost completely.  Amis died in 1995 so we will probably never get an answer to that question.