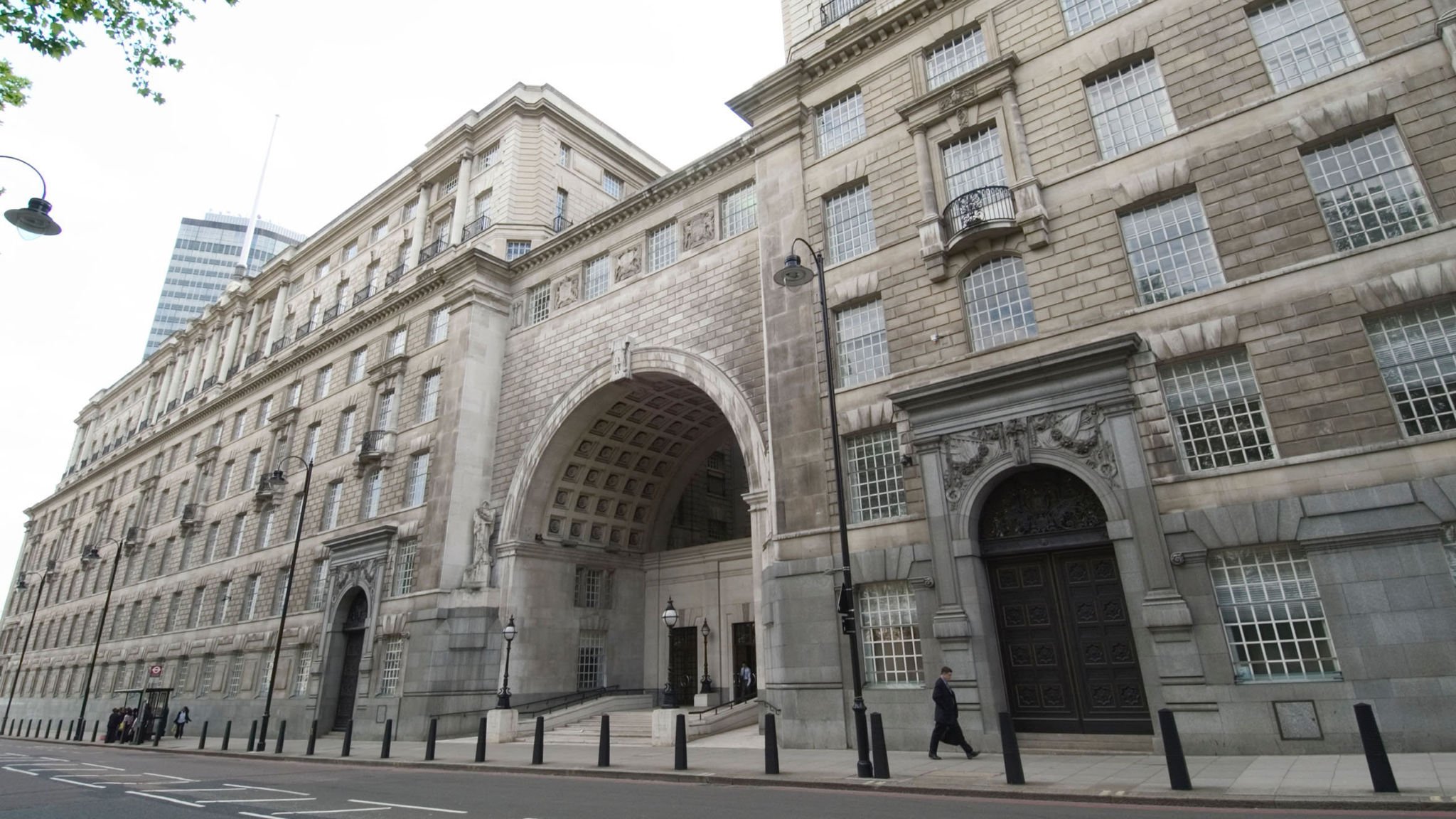 MI5 have joined Instagram, But Remain One of the Most Secretive Organisations in the World

Britain’s Security Service, commonly known as MI5, joined the social media app Instagram a few days ago with the apparent aim of being more open and transparent, and reaching new and different members of the public and potential recruits.

In a press release on MI5’s website announcing their new exploration into social media, the spy agency quoted their new Director General Ken McCallum, who said, ‘If I want one thing to characterise my tenure in this role, it’s for MI5 to open up and reach out in new ways. Much of what we do needs to remain invisible, but what we are doesn’t have to be. In fact, opening up will be key to our future success’.

McCallum went on, ‘MI5 really does need a rich mix of talented people, from across all the UK’s communities. In today’s wonderfully diverse UK we want to spread our net as widely as possible, including crucially to people who haven’t ever thought of applying here’.

The announcement details what followers can expect from the @mi5official Instagram account, stating, ‘MI5’s social media content will bust popular myths about its work, explain the world of intelligence, promote career opportunities, and bring to life events in MI5’s 112-year past. Followers can also expect interactive content, including the opportunity to engage in Q&As with intelligence officers.’

Think Before You Link?

Bizarrely, MI5 new outreach effort came just days after McCallum warned of the dangers of social media. He said that online platforms like Instagram and Twitter are being used on ‘an industrial scale’ by ‘rogue states’ and organised crime. He claimed that as many as 10,000 British citizens working for the government and ‘key industries’ had been targeted by ‘malicious profiles set up on behalf of hostile states’ in the last five years.

Promoting MI5’s ‘Think Before You Link’ campaign, he said, ‘Hostile foreign intelligence agencies have always sought access to personal information because they want to cultivate and recruit potential targets as sources. In the past, attempted recruitment was time-intensive, experience and risky because foreign intelligence officers would need to operate on-location and in-person. Now, they can use the internet to work from the safety of their overseas headquarters, sending thousands of friend and networking requests with the click of a mouse.’

As such, it’s truly odd that MI5 would venture into social media so voluntarily, since doing so apparently exposes the MI5 officers running the new Instagram account to recruitment via friend requests and DMs from foreigners. If McCallum’s statements weren’t so paranoid and xenophobic, and therefore not to be taken seriously, @mi5official would be a serious lapse in tradecraft, especially since they openly state ‘This account is not monitored 24/7’.

I’m not saying someone should hack the account and use to to post anti-Western propaganda but, given the sheer number of foreign actors keeping McCallum up at night, that seems like an inevitability.

Whitewashing and Wokewashing the Security State

The British intelligence agencies have been making concerted efforts to rehab their image in the wake of numerous apparent failures to stop terrorist attacks, alongside their involvement in drone assassinations and the CIA’s torture program.

GCHQ allowed news crews into their headquarters for the first time in 2015, and have been supporting David Schwimmer’s sitcom ‘Intelligence’, which premieres its second season in a few weeks time. Also into 2015, MI5 allowed the BBC children’s TV show Blue Peter to film inside their headquarters, as part of a recruitment effort to find the next generation of James Bonds.

In 2017 then-Director General of MI5 Sir Andrew Parker became the first serving DG to be interviewed on TV, and in 2020 MI5 allowed ITV to film a documentary inside their headquarters to follow the work of their counter-terrorism teams.

These PR operations serve two key purposes – (1) to propagate the image of MI5 (and MI6, GCHQ and the rest) as open, rather than the hyper-secretive organisations they really are, and (2) to make them seem more modern and progressive than they really are.

A glance down the list of accounts followed by @mi5official shows it is a combination of profiles run by other government departments, and a small range of feminist and gay pride accounts. While this could be interpreted as the usual social media virtue signalling, it belies the reality that MI5 have always been a very conservative institution.

A 2018 parliamentary report criticised them and Britain’s other spy agencies for failing to reflect modern Britain, and highlighting the lack of women and ethnic minority officers in senior positions. MI5’s record on the treatment of LGBT officers has been so bad that when Parker left the DG’s job last year, he used his final interview to issue an apology, saying the agency’s policies ‘must have caused all sorts of hurt.’

MI5’s promise to use their new Instagram profile to reveal the agency’s 112-year history also encourages the perception that they are open, accountable and honest about their past. Nothing could be further from the truth, as there are countless examples of MI5’s total lack of transparency and accountability. They are exempt from Freedom of Information Act requests, as well as the requirements to send all historical files and records to the national archives.

Even in just the last few years a string of legal proceedings have proven just how difficult it is to get information out of British intelligence, let alone hold them to account for their criminal acts.

Relatives of victims of the Manchester bombing accused MI5 of ‘obsessive secrecy’ after they refused to participate in public hearings on what they knew about bomber Salman Abedi and what they did in the run-up to the attack. Human rights organisation Liberty brought a legal challenge saying that MI5 were guilty of ‘extraordinary and persistent illegality’ with regard to their bulk collection and mass surveillance programs, as well as obtaining surveillance warrants based on false information. Earlier this year, the UK court of appeal ruled that MI5 officers can kill, torture and commit other major crimes as part of their work.

How has MI5’s Instagram page responded to this barrage of evidence of rampant criminality by agents of the British state?

By posting a cutesy story about how MI5 used spy pigeons as secret messengers in World War 2. It describes how pigeons were trained and then dropped behind enemy lines, with messages asking local citizens to provide information on troop locations and movements. Over 30 pigeons were awarded medals at the end of the war, such was their bravery and devotion to defeating the Nazis.

Even this seemingly trivial tale reveals just how deceitful MI5 are in everything they do. While pigeons were used for this purpose during WW2, the much more important story is that British intelligence wrongly believed that the Nazis were using pigeons to infiltrate the British mainland, and set up a squadron of peregrine falcons to intercept them. It seems this perceived threat was a fantasy because the falcons never took down a single Nazi pigeon, according to government files.

Perhaps most shockingly, towards the end of the war British intelligence set up a special committee to look at advanced warfare uses of pigeons. One document stated, ‘Pigeon research will not stand still; if we do not experiment, other powers will.’ The files reveal that among the options considered by the Pigeon Committee was the use of pigeons as suicide bombers, carrying small amounts of explosive into enemy searchlights, or just into crowds of people. They also discussed using the birds to deliver chemical and biological weapons for use against civilian populations.

Perhaps unsurprisingly, none of this made it into MI5’s Instagram post, and so far they have refused to respond to my query as to why these details are absent.