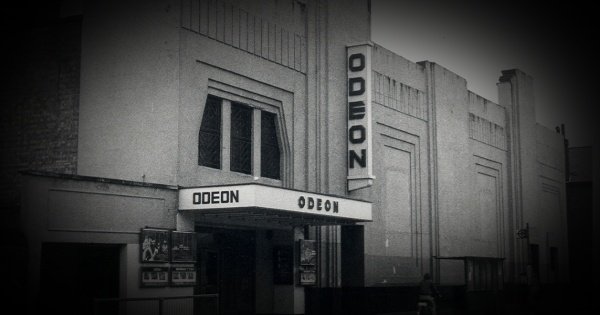 A 1940s MI5 file shows that British intelligence suspected that the Odeon chain of cinemas was a front organisation providing cover for Soviet spies to get into the UK.  Proving once again that it is the intelligence services who are the biggest conspiracy theorists of all, this suspicion was based on a scant handful of coincidences, interpreted through the paranoid mindset of the spooks.

These suspicions appear in the British security services file on Arnold Deutsch.  Born in 1903 or possibly 1904, Deutsch was an Austrian or possibly Cezch or possibly Hungarian academic best known as the recruiter and handler for the Cambridge Five.  He recruited Kim Philby in Regent’s Park in July 1934 and also recruited Donald Maclean and Guy Burgess later that year.

The file on Deutsch was recently released by the National Archives and shows that MI5 started to suspect the theater chain after they realised that Arnold was the cousin of the chain’s owner, Oscar Deutsch.  They also found that several suspected Soviet spies had given Oscar as a reference when they came to the UK.

The file also gives reason to seriously doubt whether this was anything more than reds under the bed paranoia.  Oscar made an application to the Home Office, seeking permission to employ Arnold as an industrial psychologist.  The documents show that Oscar claimed that Arnold had carried out an ‘ intensive study of psychology in relation to the cinema’. The application was rejected by the Home Office on the grounds he could employ a British psychologist who could do the same job.

But it appears Oscar and Arnold never met, and thus the Odeon couldn’t have been a front organisation for Soviet intelligence.  After all, how could they be running a spy cell in the 1930s and 40s without face to face meetings?  The file also shows that the Ministry of Information had Oscar distribute a questionnaire among his managers (some of whom were suspected spies) to gauge their feelings on fifth columnists and ‘aliens’.

This bizarre episode tells us a lot more about MI5 than it does about the Deutsch family.  While there is no doubt Arnold was a secret agent for the Soviet Union, the evidence against Oscar and Odeon is flimsy at best, and dripping with anti-Communist neuroses.