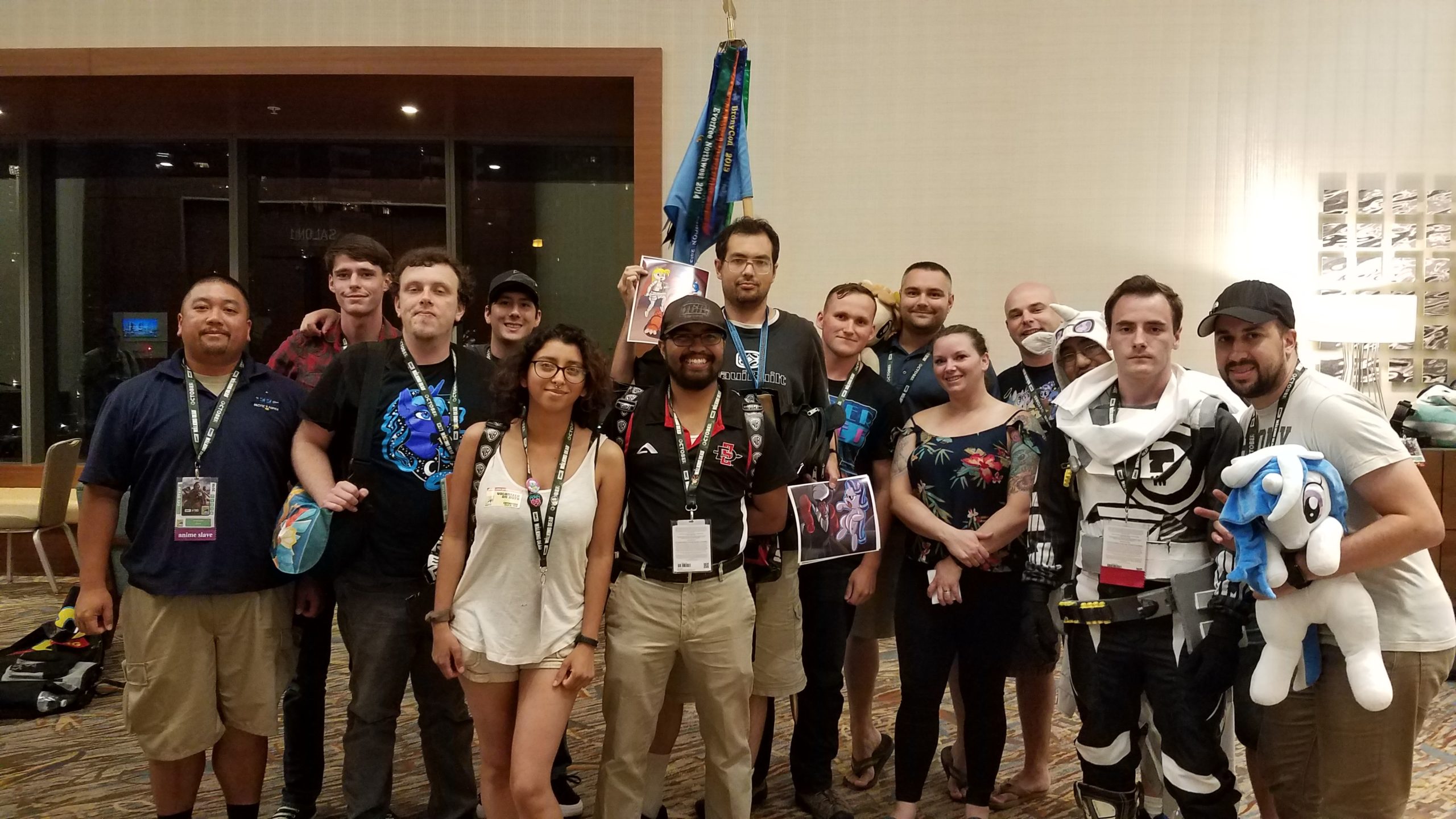 From the WTF? files comes something I missed when it actually happened but was made aware of by the latest batch of reports from the Air Force’s Hollywood office – there is a small but notable community of Bronies within the US military, and they even did a discussion panel at the 2018 San Diego Comic-Con.  Yeah, I don’t know what the hell to make of this either.

For anyone who doesn’t know, Bronies are My Little Pony Bros i.e. adults who like the rebooted My Little Pony cartoon.  It is one of those subcultures that has garnered a disproportionate amount of media commentary, with Bronies being the subject of criticism, mockery and thinly-veiled accusations of being child molesters, simply for having a quirky taste in television.

Frankly, given all the racist, sexist, hyper-violent, sadistic and otherwise troublesome content in pop culture, adults being into My Little Pony is so low down on my list of concerns it barely registered until now.  Then I stumbled across the following entry in an Air Force entertainment liaison office report (one of the few that isn’t totally redacted):

COMIC CON 2018 “Bronies” panel featuring military members to occur on Saturday 21 July. Airmen are advised to participate out of uniform and opinions are personal in nature/do not reflect those of the USAF-DoD. Thoughts on “My Little Pony” (“Bronies” are adults who are big fans of the animated series) are strictly their own.

While military panels at Comic-Con are not a new thing, this was so unusual that I had to find out more.  The Comic-Con website provides details of the Bronies in Uniform panellists, listing:

Ironically, given the title of the panel, non of the participants were allowed to be in uniform and there was a disclaimer at the start of the event making clear that these people were not there as official representatives of the different branches.  It seems that this obscure little area of cultural life is something of a sensitive point for the US military, likely because of the abuse and bullying suffered by military Bronies.

However, this approach backfired somewhat because by distancing themselves from the participants and what they said the military allowed for a much more open and frank discussion.

The participants actually spent very little time on the Brony topic and discussed the realities of military life in a more frank way than is usually allowed in public.  This included one of the rawest nerves for the US military – the issue of mental illness and suicides among the ranks and among veterans.  In particular Christine Sparks repeatedly referenced how an average of 22 veterans commit suicide every day, and mentioned friends of the military Brony community who had suffered PTSD-related suicides.  She even handed out decals for support organisations to members of the audience who came to watch the panel.  Needless to say, this is not a topic that gets discussed anywhere near as much it should be – especially in a convivial and trivial setting like Comic-Con, so I have a lot of respect for the panellists’ frankness when it came to this.

They also discussed experiences and strategies for dealing with the sort of bullying military Bronies can face from their fellow service members.  Ted Visser described how he kept his Brony life secret but made fairly frequent jokes and allusions to the show, until one day a tech realised what he was talking about and outed him as a Brony in front of hundreds of other people.  What followed was ‘very frustrating’ because he was an officer in charge of these people, but the Brony issue meant his subordinates didn’t treat him with respect and sometimes didn’t follow his orders.

Again, this sort of bullying and childish nastiness among the ranks is not something that is widely discussed in public, and instead the military culture is presented as one of respect for the chain of command, and typically very Christian and family-friendly.  It is clear from the panellists’ comments that they all have reservations about the way people are treated within the US armed forces, especially if you have cultural interests deemed at odds with the rather toxic ethos.

For the record – I find Bronies a bit weird, but no weirder than a lot of things that people are into.  It’s no more a sign of madness to go to a convention dressed as a cartoon horse than it is to go dressed as a military recruitment poster such as Captain Marvel, and as with most accusations that doing X must mean you’re some kind of perverted sexual predator these seem baseless, and born out of immaturity on the part of the accuser, not the accused.