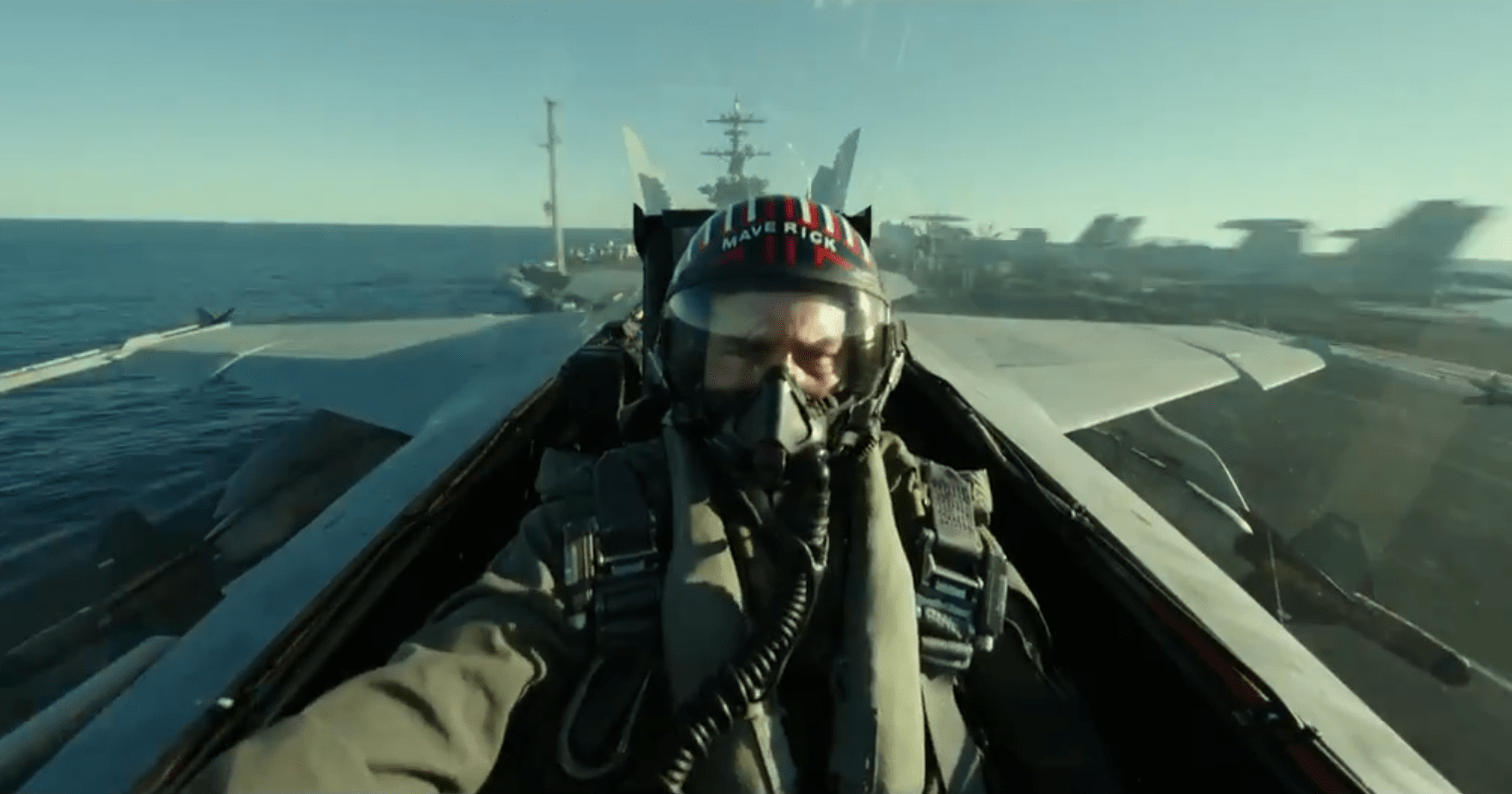 The DOD’s doctrine on working with Hollywood says that assistance can only be provided to productions that offer audiences a ‘reasonably realistic depiction’ of the military.  But the Top Gun: Maverick trailer that was released today includes a string of quite ludicrously unrealistic moments, conclusively busting the myth that the Pentagon are in Hollywood to increase accuracy and realism.

The Pentagon’s Criteria For Working With Hollywood

DoD assistance may be provided to an entertainment media production, to include fictional portrayals, when cooperation of the producers with the Department of Defense benefits the DoD, or when such cooperation would be in the best interest of the Nation based on whether the production:

(1) Presents a reasonably realistic depiction of the Military Services and the DoD, including Service members, civilian personnel, events, missions, assets, and policies;

(2) Is informational and considered likely to contribute to public understanding of the Military Services and the DoD; or

Taking these three criteria in reverse order – no doubt, Top Gun: Maverick will help military recruitment and retention, not just because it makes the US military look like a fun and exciting place to work (life spoiler: it isn’t) but also because films like this make the general public view the military more positively, and make them more supportive of service members they interact with.

Depending on what we interpret ‘informational’ and ‘public understanding’ to mean, Top Gun: Maverick may or may not meet this criterion.  If we mean that the audience who watches the movie will have more of an accurate impression of the military services and DOD, they will not.  If we mean that they will see those things in a positive light, most of them absolutely will.

Which brings us to the notion of ‘reasonably realistic’ – one of those wonderful phrases you find in government documents that could mean fucking anything.  After all, this is the same entertainment liaison office system that supported such gritty, realistic portraits as Amazing Colossal Man, King Kong, Jurassic Park III, Armageddon and the Transformers franchise.  And provided assistance on such ruthlessly accurate historical films as Wings, Pearl Harbor, U-571 and The Long Road Home.

The original Top Gun is one of the all-time great pieces of military PR, but like so many other films it clearly fails the ‘realism’ test.  But don’t take my word for it – the military file on the unmade film Second to None (1992) reveals that it was intended to be the Marine Corps’ answer to Top Gun, which the file describes as ‘a music video with a real story’.  It was due to be the first film about the Harrier jump jet.

A memo outlining the project includes some ‘Additional Info/Background’ that says:

Examples of movie portrayal of events that wouldn’t normally happen in real life, without dire or terminal career consequences, but which make for memorable movie moments:

Example of a movie moment that couldn’t happen in real life but forms “believable” centerpiece of movie:

This is one of the most explicit admissions that the military will accept highly unrealistic or even impossible scenes in films that they support, as long as they are memorable moments in an otherwise very positive depiction.

A couple of hours ago, Paramount posted a new trailer for Top Gun: Maverick on youtube and just like the original it appears the film will defy any conception of military realism.  Firstly, the trailer (like the first one a few months ago) includes a shot of an F-14 Tomcat flying over snowy mountains, when there are no active, functioning F-14s in the US arsenal.  The production assistance agreement for Maverick says the producers were granted access to an old, retired F-14 so it’s almost certain this sequence is CGI.

Secondly, the trailer includes a number of extremely close calls where aircraft nearly collide, apparently due to Maverick being grossly negligent while educating his trainees at the pilot academy.  I have no cinematic objection to this – it looks like there will be some great aerial action and cinematography in the movie – but it isn’t even close to being ‘reasonably realistic’.

The coup de grace of military unrealism comes right at the end of the trailer, when a plane (no doubt flown by Maverick) buzzes extremely close to the ground, nearly hitting two men and dragging the roof off a small building with the wake turbulence off the back of the jet.*  Again, it looks like a memorable and exciting moment, but any military pilot taking such a ludicrous risk to life, limb and property would be grounded, if not thrown out altogether.  They certainly wouldn’t be flying combat missions and training the next generation of pilots.

So it seems that along with writing in ‘key talking points’, granting Jerry Bruckheimer command authority over the Western seaboard and letting Tom Cruise run around pretending they trained him to fly military fighter jets, the US Navy also just ignored their own doctrine for working with film-makers.  For Cruise et al, the rules simply do not apply.

*I’d like to point out that an almost identical low ground-buzzing moment appears in the trailer (and finished film) of Tom Cruise’s Barry Seal biopic American Made.