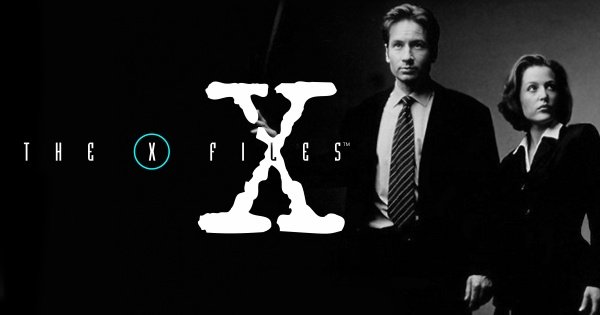 The internet is awash with talk of the new mini-season of The X-Files.  As predicted, conspiracy theorists have been particular susceptible to the charms of the reborn UFO extravanganza, searching for clues and meaning in every line and frame of the show.  Having now watched the opening two episodes (My Struggle and Founder’s Mutation) I have a somewhat different perspective.

Who is the audience for this show?

Two weeks ago Entertainment Weekly ran an interview with showrunner and X-Files creator Chris Carter saying ‘he researched the new show by combing through conspiracy websites and attending a conspiracy convention’.  Carter himself said that incorporating more of these themes ‘has given us a whole new open field which to run. It’s given the show an interesting new life and context that it might not have had in 2002.’  He even laughably claimed that ‘I don’t see Alex Jones as right-wing, I see him as libertarian’.

How a man who demonises Obama as the homosexual secret leader of the Muslim Brotherhood who is trying to destroy America by introducing transsexual bathrooms in public schools is a ‘libertarian’ is anyone’s guess, but I doubt Carter is being serious here.  It is much more likely that he is deliberately playing down criticism of Alex Jones in order to appeal to the conspiracy culture.  Having made a show almost entirely situated in that milieu the first time round, the new series lays it on with a fucking shovel.

The first episode of The X-Files features an Alex Jones-type character called Tad O’Malley, which even Entertainment Weekly realised was ‘based on conservative online personalities Alex Jones and Glenn Beck’.  He trots out the usual crap about gun confiscation (number of guns confiscated by Obama government: still 0) before moving onto 9/11 as a false flag, chemtrails, global warming, HAARP and NSA spying.  As the storyline progresses we are introduced to a reverse-engineered alien spacecraft running on some kind of zero point energy, before all of this is combined into one big happy mess whereby the government are actually running the UFOs to wipe us out or put us into FEMA camps or use alien DNA as part of eugenics experiments that all dates back to Roswell and… you get the idea.  You can barely breathe in this episode without hearing a reference to popular conspiracy theories. Alien spacecraft or Northrup Grumman B-2 bomber with a paint job?

Mulder, our hero and the original basement-dwelling conspiracy theorist, is initially sceptical, suggesting O’Malley is in it for the money.  Within minutes he is turned around and by the end of the episode they are finishing each other’s sentences as they weave the most elaborate and all-encompassing conspiracy theory you’ve heard since you last got drunk and typed ‘flat earth’ into youtube.  Put simply, this is a show for conspiracy theorists.  That subculture is where most of the dialogue comes from (complete with phrases like ‘problem, reaction, solution’) and that audience is who The X-Files is squarely and obviously aimed at.

Unless You’re a Conspiracy Theorist, that is…

From my brief scanning of social networks and discussion forums conspiracy theorists are divided on whether the show is some kind of validation of their worst beliefs, or a mockery of them.  At the end of episode 1 O’Malley is conveniently silenced, not just leaving Mulder and Scully free to explore this ludicrous theory on their own, but also playing into the self-victimising conspiracist mindset.  The guy conspiracy theorists thought they were supposed to identify with becomes some kind of victim of the grand all-encompassing elitist plot.  In reality Alex Jones, Glenn Beck, David Icke, David Shayler and the rest of the conspiracy con artists are alive, well and making money spreading their unique combination of racial hatred and technophobia.

The sheer lack of self-awareness in the conspiracy culture has annoyed and amused me in equal measure for years, but The X-Files illustrates it more perfectly than any other recent example.  I have yet to read a single comment from a conspiracy theorist about The X-Files that recognises the show is aimed at them.  No doubt some out there are aware of this, but they are either keeping their thoughts to themselves or don’t particularly care (or both).

The majority of conspiracy theorist responses to the new X-Files that I have seen go down the usual road of assuming the show must all just be part of a conspiracy.  In reality, I can find no connection with the current writers and producers and any other major state-sponsored film or show.  Howard Gordon and Alex Gansa, who wrote/produced some episodes for the original series went on to make 24 and Homeland with the assistance of the CIA.  We might also assume that the FBI would publicly distance themselves from The X-Files if they were not involved, given how prominently their brand features in the show.  But neither of these arguments proves that the incorporation of conspiracy theory themes and memes in this new series is the result of government interference.

Again, in reality conspiracy culture has been going mainstream for a long time.  Many popular conspiracy theories (such as that the training exercise on the morning of 7/7 was somehow a mask for the real bombings) originated in popular culture.  Admittedly, a lot of that popular culture was assisted by government agencies, suggesting that they are interested in moulding and manipulating the conspiracy culture.  Robbie Graham‘s excellent book Silver Screen Saucers shows in particular how the CIA and US military intelligence have for decades been encouraging and influencing the UFO subculture.  It is entirely possible that the FBI, CIA, Pentagon or someone else was involved in the new series of The X-Files.  But at this point it is just a suspicion, no one has come up with hard evidence.

But of course, conspiracy theorists love suspicion.  In the conspiracist mathematical schema, 3 consecutive suspicious things adds up to a proven theory.  So, the fact that The X-Files contains conspiracy themes, and in such diversity and quantity, and with the knowledge that there is such a thing as government-sponsored entertainment, that means the show must be part of the conspiracy, right?  The purpose?  Guesses vary but a common theme is that they are somehow trying to put people off looking into conspiracy theories and anything that challenges mainstream narratives and discourse.  The most sensible of this version of events suggests that by mixing plausible conspiracy with implausible conspiracy (wherever you draw that distinction) ‘they’ are muddying the waters.

My problem with this is that conspiracy theories are hardly a new phenomenon or even one that is particularly damaging or challenging to the establishment.  My other problem with this is that if The X-Files wanted to go truly batshit it would be incorporating the flat earth theory, which has seen a huge rush of interest in recent years and which Chris Carter must be aware of.  Likewise, the show should incorporate some variant of the ‘mass immigration as elitist plot’ idea which even non-conspiracy theorists have noticed is rising in popularity.  But neither of these elements are present in the story (at least so far) and instead we are offered a strictly political conspiracy, albeit with some very fancy bells and whistles attached in the form of chemtrails and extraterrestrial technology.

Thus, the whole show is situated in the real world, at least in broad terms, and it really does depend from person to person whether it is more plausible that 9/11 was a false flag attack or something really did crash at Roswell.  Thus, by mixing these together Chris Carter and the rest of the X-Files crew are not really muddying the waters anymore than Alex Jones, David Icke and the rest of the conspiralebrities have done already.  One might even argue that the show has the opposite effect – of drawing people with a mild, abstract interest in UFOs and the paranormal (which is about half of the population) into the world of political conspiracy theories.  Depending on who is watching, the show could actually be promoting conspiracy theories much more than it is deriding them or putting people off.

Where the Fuck is NASA?

Given that this show is about alien technology being secreted and controlled by government agencies, why are NASA never mentioned?  I can barely even remember any mention of them in the original show.  You would have thought that they would have some role to play in this, given that they would by necessity have to be part of the cover-up alongside the Pentagon.  But NASA are nowhere in sight.

As such, one of the questions on my mind is whether NASA are the primary agency behind The X-Files (if indeed there is such an agency).  Few other shows have made UFOs and extraterrestrials seem more real and more necessary to explore.  Few other series have related the mystery of space to real life on planet Earth more vividly.  By excluding NASA from this all-encompassing plot despite their obvious relevance they remain one of the few government agencies that seem like they might be the good guys.  If indeed the show is part of a government propaganda campaign (at least in the conspiratorial elements) then would this not be more plausible?

I will be likely be providing more commentary on the new series of The X-Files as it progresses, though the second episode is nowhere near as provocative as the first.  We do seem to be moving more towards transhumanist territory, with the alien DNA hybrid kids demonstrating super powers like telekinesis and mind reading.  Nonetheless, at this stage I will say that it is an interesting show but that people should take care in drawing fast conclusions about what the motives of the producers are, particularly those engaged in the insular conspiracy culture.