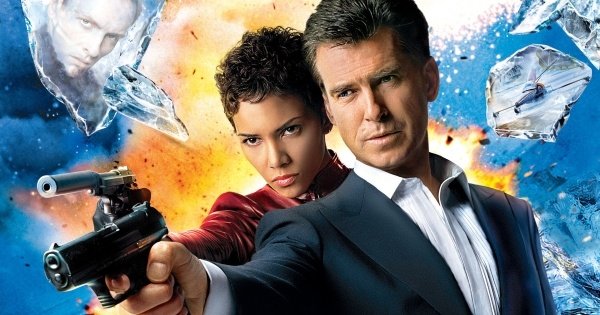 Die Another Day is widely considered to be one of the worst James Bond films ever made.  It’s the one with the invisible car in the ice cave and Halle Berry.  The production got limited supported from the US Marine Corps, who recently released a short folder to me from their entertainment liaison office archive.

The folder is primarily a bunch of faxes between the producers and the USMC TV and Film Liaison Office.  There are a couple of entries from an internal Marine Corps database and from IMDB pro and then a few pages of communications about loaning the production some Marines as background extras.  Even this limited cooperation still necessitated the makers of Die Another Day sending pages of their script to the liaison office for approval.

The request was for two scenes only, ‘a drive in shot on a base (a location in the UK) and subsequent dialogue scenes on a studio set we call DMZ Bunker’.  It seems that initially the producers didn’t go through proper channels as the fax requesting the use of soldiers as extras says, ‘My apologies for not going through the correct procedures for the use of military personnel. I have had a “few words” with those concerned.’  You would have thought that if anyone knew how things worked with the military it would be the James Bond crew.  They’ve been working with them since the 1960s.

There were no issues with the script excerpts and even though the request came at only a few days’ notice the USMC were happy to oblige.  Oddly, one of the liaison office responses to the producers says, ‘My understanding is that there is no overt recognition of the force as “Marines” (to include ID on the helicopters). That is fine and is actually my preference with regard to these scenes.’  Reading through the brief scenes from the attach script pages it is not clear why this matters: It is likely that the USMC preferred that the extras were not specifically identified as Marines so that soldiers of all DOD branches would appreciate being portrayed well in the film.  I find it curious that several words are scrubbed out, such as the identification of the helicopters as Black Hawks.  This is possibly because the difficulties making Black Hawk Down meant they plumped for more easily-available craft, in this case chinooks provided by the British Air Force at RAF Oldham, where some of the ‘South Korea’ sequence was filmed.

US Marine Corps folder on Bond 20/Die Another Day