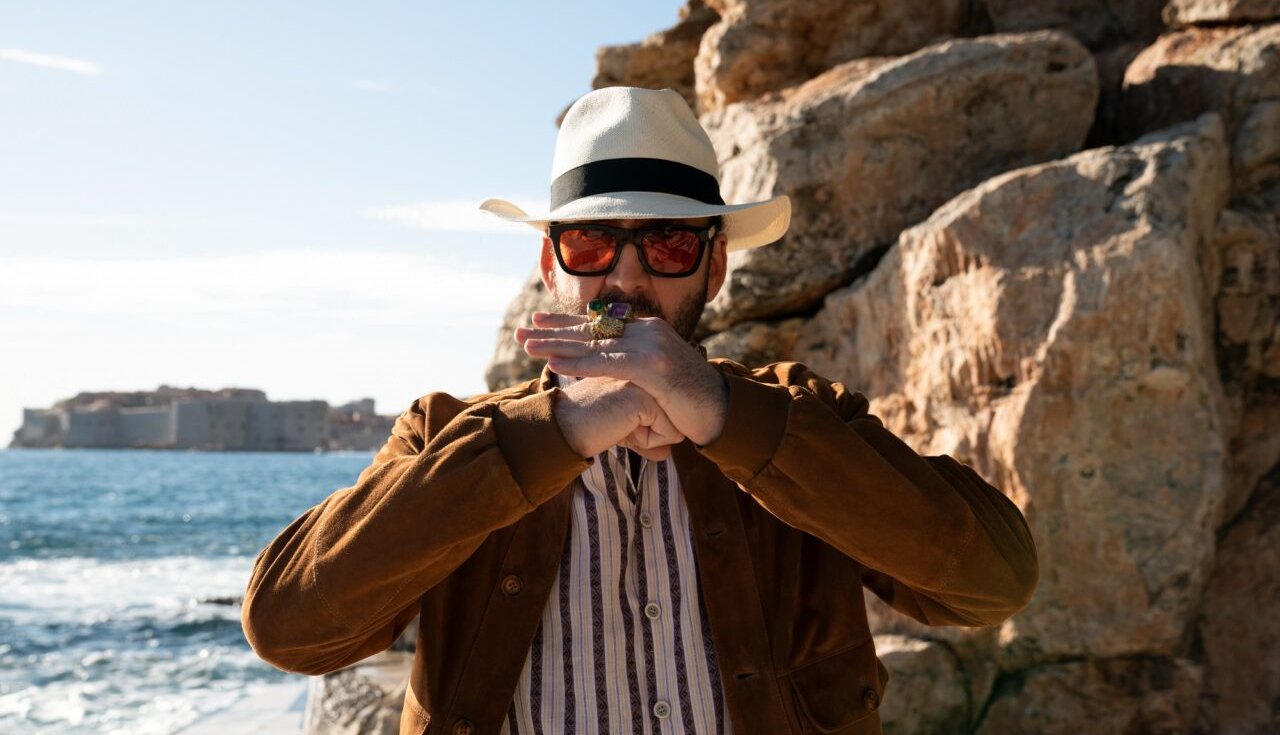 While digging into the production of The Unbearable Weight of Massive Talent I contacted the Croatian Ministry of Culture for information on their support to the movie.  They responded with details, and a copy of the regulations governing their financial subsidies to movies that shoot in Croatia, which prohibit money going to pornographic, situation comedy and daytime drama products.

Culture ministries are curious beasts – for example, in most European countries reality TV is not considered high quality enough to deserve state support, but in Malta it does qualify, and you can get up to a 40% rebate on production expenses – one of the highest in the world.  The Unbearable Weight of Massive Talent – the movie where Nic Cage plays himself working for the CIA to infiltrate a gangster’s mansion compound, but where Nic, the gangster and the CIA end up writing a screenplay – benefited from rebates from both Croatia and Hungary.

To their credit, the Croatian Ministry of Culture got back to me quickly, saying it was their Audiovisual Centre that handled the deal, who confirmed that they provided ‘HRK 4.418.587,68 (approx. EUR 589.000)’ in rebates.  Not a huge sum, but on a $20-30 million production, it adds up.  When you consider they were only filming in the country for 15 days, that figure looks a little different.

The helpful Croats also offered this link, which gives details of filming locations used in this somewhat satirical and often raucous comedy.  As expected, the gangster’s villa in ‘Mallorca’ was actually in Croatia, and the ‘cute Spanish town’ where Javi and Nic go on an LSD-fuelled ramble was actually Dubrovnik.

In order to qualify for this kind of rebate (effectively a cultural subsidy) your film has to pass a cultural test.  These are the norm across Europe and the commonwealth countries, though the exact requirements vary from test to test.  The Croatian regulations include a copy of their cultural test, which requires at least six points out of a possible twelve, with up to two points for each of the following:

Storyline and topic of the work are based on a person, character or events which are part of Croatian or European culture, history, mythology or religion or narratively coherent interpretations of the past and the future

The work is inspired by or based on the adaptation of an existing literary, musical, theatrical or audiovisual work

The work focuses on contemporary political, social or cultural topics and/or contents

Because these tests have been homogenised by the EU’s overriding notion that a film depicting any European country is beneficial to all European countries, you don’t have to set your story in the host country in order to get your hands on the state’s cash.

Curiously, you get points for basing your production on an existing book or play or musical or other film or TV show.  This, in effect, disadvantages original scripts and encourages cultural conservatism.  You also get points for being set in the present, or at least focusing on ‘contemporary political social or cultural topics’.  Again, this disadvantages original stories set in the past or future, unless they can persuade the Ministry of Culture (MiniCult?) that the contents are relevant to the present.

Certain productions are simply not allowed any rebate from the Croatian government.  Star Wars: The Last Jedi, Mamma Mia: Here We Go Again, Game of Thrones, Succession and Berlin Station have all benefited from filming subsidies, but entire genres are blocked from access to state funding.

Indeed, both Strike Back and Hitman’s Wife’s Bodyguard do advocate violence – they are typical shoot em up gunplay fetish action movies (yes, I know Strike Back is a TV show).  Both are listed on the Filming in Croatia website, which is run by their Audiovisual Centre.  Ditto Game of Thrones, a violent, rapey medieval melodrama.

Of course, these rules are likely to be flexible for higher-profile productions because, contrary to the EU’s agenda, most European countries are actually competing to make themselves first-class filming locations and are obsessed with national branding.  Being perceived as a beautiful, friendly, modern nation is such a nebulous goal that you can’t put a price on it, nor adhere to strict regulations and insist that producers remove the violence and implicit bigotry from major productions.

Regulations on support to Audiovisual productions, Croatian Ministry of Culture