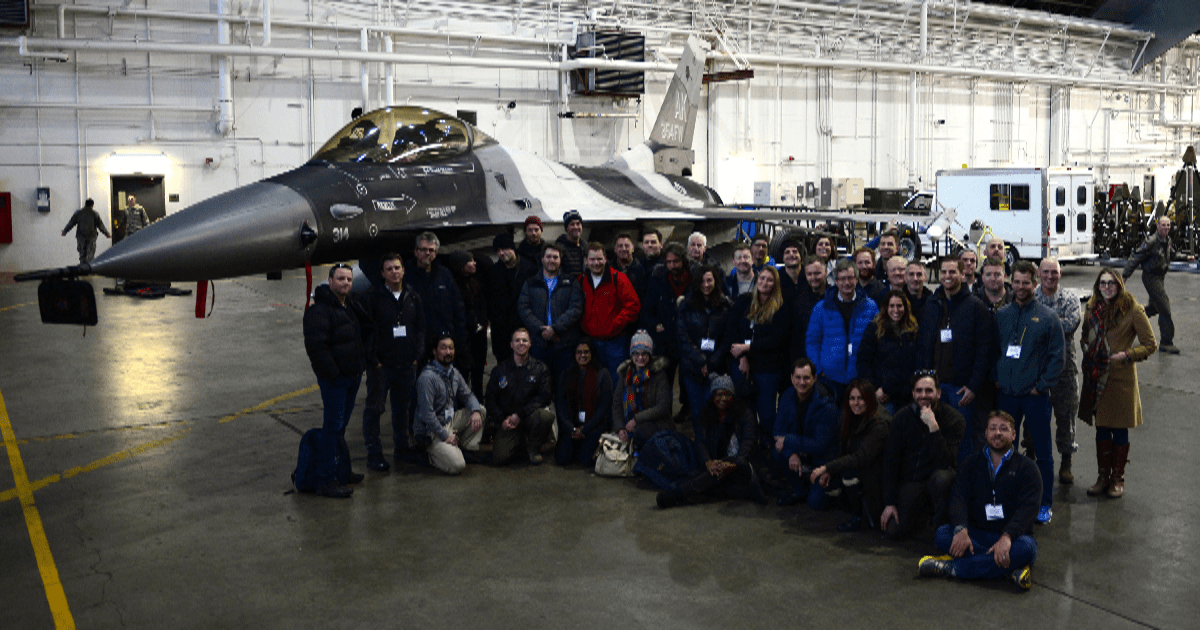 Just prior to the 2016 Presidential Election the US Air Force took several dozen Hollywood figures on a Civic Leader Tour of military facilities in Alaska, as part of their ongoing attempts to gain friends and influence in Tinseltown.  While the Air Force entertainment liaison office would not tell me anything about this trip (even that ‘CLT’ stands for ‘Civic Leader Tour’) a FOIA request yielded dozens of pages of documents related to the trip.

While much of the paperwork is relatively mundane, the FAQ for participants mentions the imminent election and urges them not to talk politics while on the Air Force bases:

It’s Election Season! As Americans. we‘ll be a mere ten days away from electing a new President. A third of the US Senate, and the entire House of Representatives (not to mention local races!). Because we‘ll all be together as a group for three entire days. we respectfully request that participants refrain from political discussions in public spaces and events for these three days. such as on board a military aircraft. Because we are an apolitical military force that swears an Oath to uphold the Constitution of the United States. and we never swear an oath directly to any specific elected officials. we feel it is especially important to please refrain from asking any uniformed service member for whom they plan on voting. Military members at large remain very leery of what we call “undue command influence”, i.e. a senior military member unduly influencing a more junior member’s vote or mindset. Please help us by refraining from any political questions or debates with uniformed military members during the trip. Thank you!

While in a strict legal sense this is true – the US military do swear to uphold the constitution – there is no doubt that the military is a right wing organisation that massively favours conservative politics over liberal politics.  I listed numerous examples of the entertainment liaison offices supporting conservative-themed projects while denying more liberal ones, and one only has to read Marcus Luttrell’s book Lone Survivor to experience the (presumably quite common) attitude that liberals are a bunch of bleeding hearts who have no place in war.  Indeed, such is Luttrell’s hatred of liberals that the one moment in the book where he shows any kind of compassion in the book he immediately and severely scolds himself.  But then, Luttrell is a fabricator who is probably suffering from severe PTSD, so while we should sympathise, maybe we shouldn’t trust anything he says.

Likewise, if Hollywood is so full of kneejerk liberal snowflakes then why did so many – and such a diverse collection – go on the military Civic Leader Tour to Alaska? As with so many other things, the perception of liberal bias is a symptom of the self-victimising mentality that is almost omnipresent on the Right these days.  In reality Hollywood is almost completely pro-military, practically neo-conservative in its outlook, has no problem with deeply racist depictions of ‘the enemy’ or with portraying war criminals or serial killers in uniform as heroes.

Indeed, it was the military telling people not to exercise their free speech while on the tour, despite that right being guaranteed by the very constitution they’re sworn to protect.  So are the military the real snowflakes?  Or is this just the never-ending self-contradiction of the overused notion of ‘free speech’?

US Air Force files on the Alaska Civic Leader Tour