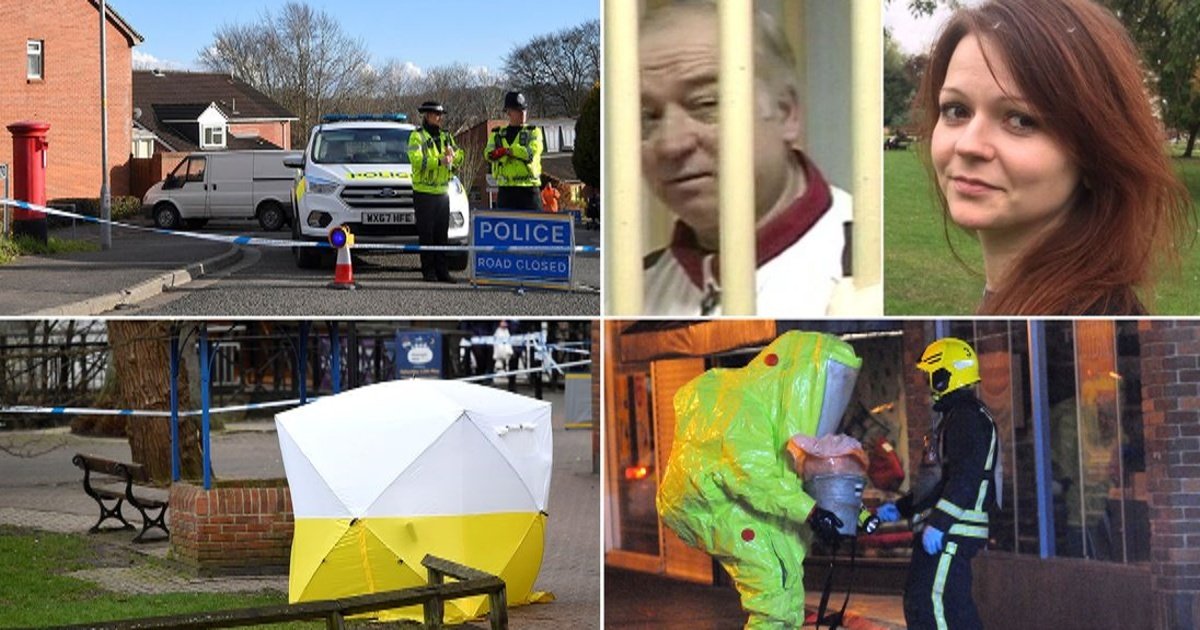 According to the New York Times, the official story we’ve been told about the Skripals isn’t true, and wasn’t true when the UK government told it to us.

A recent article on CIA director (and former princess of the CIA’s torture program) Gina Haspel’s success in changing Donald Trump’s mind includes a lengthy section on the Skripal affair. I’m quoting it in its entirety:

Last March, top national security officials gathered inside the White House to discuss with Mr. Trump how to respond to the nerve agent attack in Britain on Sergei V. Skripal, the former Russian intelligence agent.

A spotlight on the people reshaping our politics. A conversation with voters across the country. And a guiding hand through the endless news cycle, telling you what you really need to know.

London was pushing for the White House to expel dozens of suspected Russian operatives, but Mr. Trump was skeptical. He had initially written off the poisoning as part of legitimate spy games, distasteful but within the bounds of espionage. Some officials said they thought that Mr. Trump, who has frequently criticized “rats” and other turncoats, had some sympathy for the Russian government’s going after someone viewed as a traitor.

A former Russian intelligence officer, Sergei Skripal, and his daughter were poisoned last year in Britain in a slipshod attack that also sickened children, killed ducks and required careful cleanup.

A former Russian intelligence officer, Sergei Skripal, and his daughter were poisoned last year in Britain in a slipshod attack that also sickened children, killed ducks and required careful cleanup.

During the discussion, Ms. Haspel, then deputy C.I.A. director, turned toward Mr. Trump. She outlined possible responses in a quiet but firm voice, then leaned forward and told the president that the “strong option” was to expel 60 diplomats.

To persuade Mr. Trump, according to people briefed on the conversation, officials including Ms. Haspel also tried to show him that Mr. Skripal and his daughter were not the only victims of Russia’s attack.

Ms. Haspel showed pictures the British government had supplied her of young children hospitalized after being sickened by the Novichok nerve agent that poisoned the Skripals. She then showed a photograph of ducks that British officials said were inadvertently killed by the sloppy work of the Russian operatives.

Ms. Haspel was not the first to use emotional images to appeal to the president, but pairing it with her hard-nosed realism proved effective: Mr. Trump fixated on the pictures of the sickened children and the dead ducks. At the end of the briefing, he embraced the strong option.

There are numerous problems with this passage, to whit:

1) The British public has never seen any photos of dead ducks or sick children from the park where the Skripals went in between allegedly getting poisoned and going to the seafood restaurant. Yet these pictures were supposedly provided to the CIA in March last year. Why?

2) There has been no prior media report of any ducks being killed or any children getting sick due to handling bread provided to them by the Skripals to feed the ducks.

3) The BBC’s Panorama program on the Skripal affair mentioned no ducks dying, no children getting sick. It was produced months after the poisoning, but this wasn’t part of the official story at that time so it wasn’t in the ‘documentary’.

4)  Indeed, the reverse is true: sceptics of the official narrative of the Salisbury poisoning have pointed to the fact the pair went to the park, fed the ducks, handed bread to children, all while apparently covered in Novichok, but managed to not poison any children nor any ducks.

5) The Integrity Initiative-connected journalist Deborah Haynes initially tried to push this story on Twitter, but due to a backlash from people with brains she’s now walking it back:

Clearly someone from British intelligence got in touch and told her to stop pushing this ludicrous, never-seen-before, totally unsupported story.

How anyone who has been paying attention can still believe anything the British government says about the Salisbury poisoning is beyond me. Every single basic fact in the UK government’s narrative is contradicted by the very media outlets who are pushing that narrative. Which means either these journalists are so dumb they can’t spot an obvious, straightforward contradiction, or they are part of some MI6-sponsored propaganda campaign, or they simply don’t care whether what they print is true.