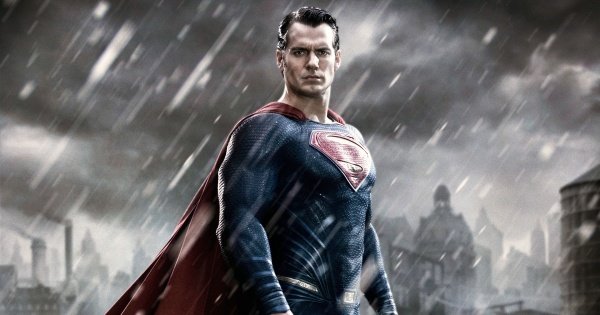 Sometimes the support of the DOD can improve a film.  When the Pentagon provided Michael Bay with script notes and suggestions on Transformers III he ‘was very receptive to our notes and expressed his desire for us to “help (him) make it better.”’  However, Man of Steel was not so lucky.  Whether in spite of or because of the Pentagon’s support it was hands down the worst Superman film of all time.  After several rounds of FOIA requests I finally obtained the production assistance agreement between the Department of Defense and the producers of Man of Steel.

Trying to get hold of these contracts between the Pentagon and movie producers is not easy.  I initially asked the US Marine Corps for the agreements on several films.  They said they did not have copies of the agreements and that the contract was between the producers and the DOD, not the individual branch of the military taking the lead on a production.  So I asked the DOD, who said they could not find any such agreements and denied supporting The Avengers and Avatar, among other movies:

Excerpt from letter to me from the DOD

The problem with this is that the reports from the entertainment liaison offices confirm that they were involved in these films, and that Avatar and The Avengers even had named project officers, though their names are redacted.  The US Army Lt Colonel who worked on The Avengers and the USMC Lieutenant who worked on Avatar were part of the Comic-Con military panel in 2012.

Not deterred, I asked the Army for the production assistance agreements on several films, and I have a request in with the Navy that is awaiting their response.  The Army got back to me this week with a copy of the agreement for Man of Steel, but denying their involvement in any of the other films, including The Avengers: Excerpt from letter to me from US Army

All of these films are mentioned in documents as having received support of some kind, though as the letter has it this was not ‘official assistance’.  Except in the case of The Avengers, where they even named a dedicated project officer (something that only happens when official assistance is granted).  The Army entertainment liaison reports even say about The Avengers:

The Army is represented well in the character of Captain America, a former WWII GI brought back to life in contemporary America. Following feedback to producers – including strengthening connection of legacy Army to today’s Soldiers – OCPA LA has agreed to requests for support.

It is obvious that the DOD is bullshitting when they deny their involvement in some films and that something happened during the production of The Avengers that damaged the relationship between the Pentagon and Marvel.  There is no indication in the reports of the producers asking for a type of support but not receiving it due to issues with the storyline, as Phil Strub has repeatedly claimed.  Everything they asked for, they got.  My best guess is that it was the other way round – that the Pentagon could see this was going to be a massive hit, tried to get a bigger presence for themselves in the film and the producers refused.  Hence why the DOD are now going around like a jilted lover, denying that they had anything at all to do with The Avengers.

Indeed, the F-35 Stealth fighter jets that supposedly debuted in Man of Steel had already appeared in The Avengers a year earlier.  The F-35’s on screen performances have not been the greatest promotion for US military hardware.  In The Avengers an F-35 takes on the Hulk and loses, and then at the end another tries to nuke New York city.  In Man of Steel Zod destroys an entire squadron of F-35s in seconds, with one crashing into a skyscraper 9/11-style.  In Live Free or Die Hard an F-35 destroys an entire elevated road while shooting at John McClain, proving the plane to be both inaccurate and extremely dangerous to civilians.

It is possible that some of these cinematic depictions of the F-35 Joint Strike Fighter are a response to its ballooning costs (estimated at well over a trillion dollars) and the numerous flaws and problem it has had in testing.  What is clear is that the US military has no problem with their next-generation fighter planes being depicted in these sorts of ways, because Man of Steel received full DOD support.  The production assistance agreement details 26 separate items (each one being access to a location or a specific type of vehicle, etc.) and includes several pages of estimated costs to be charged to the production company.  The numbers themselves are redacted:

In exchange for all this help, the DOD maintained absolute control over their portrayal in the film:

4. DoD has approved military assistance as in the best interest of DoD, based on the 17 August 2011 version of the script. The production company must obtain, in advance from DoD, concurrence for any subsequent changes being proposed to the military depictions made to either the picture or the sound portions of the production; before these changes are undertaken.