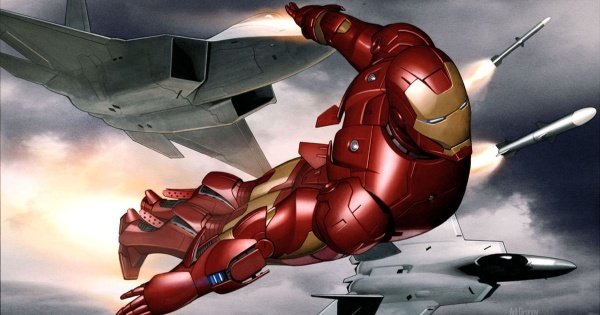 The first two Iron Man movies are far more important to cinematic history than their daft scripts, super-arrogant star performer and cartoonish presentation might suggest.  Between them they made over $1.2 billion worldwide and established the Marvel Cinematic Universe, which has since become the biggest film franchise of all time.  This would not have been possible without the assistance of the US military, who recently released to me the production assistance agreements between them and Marvel Studios for Iron Man and Iron Man 2.

The Marvel Cinematic Universe has rapidly grown into a behemoth, a titan of film-making so huge that they couldn’t afford to keep it going and had to sell themselves to Disney.  The delicate and huge-scale financing involved in making several productions at the same time proved impossible to manage and now Disney’s CIA-assisted white slavers have got their greasy hands all over a brand that used to be synonymous with creative, fun adventure films.  As we have entered into the second phase – the dark middle chapter – of the Marvel Universe a lot of the fun has been removed in favour of lengthy expositional dialogue about UN regulations and the like.  But back in the good old days of the MCU, an Iron Man film was something to look forward to.

As such, the first two Iron Man films helped create not only the biggest movie franchise in the world but also helped introduce a new concept to Hollywood and to film-going audiences: the cinematic universe.  This looks like the future model for the big studios to find some way to adopt, as Warner are launching their rival DC Comics Cinematic Universe and Disney are doing the same having acquired the Star Wars franchise.  This means we can expect more of the films at the top end of the money scale to become ever more repetitive, self-referential and dependent on having already seen all the other films in the same universe.  The soft reboot of Jurassic Park made so much money that there are suggestions that it will develop into a spin-off cinematic universe presumably involving disparate adventures on Raptor Island, or when the Mosasaurus escapes and destroys New York/fights Godzilla.  Indeed, Iron Man vs the Pterodactyls would no doubt gross over a billion dollars, and if it does then I want my cheque.

Iron Man and the US Air Force

While it is possible that all this could have happened without the assistance of the world’s largest organisation – the Pentagon – that is unlikely.  Perhaps the most memorable sequence in the first Iron Man film is when Tony Stark first flies into Afghanistan to take revenge on the Taliban gang who kidnapped him at the start of the film.  In particular when Stark, having vanquished his enemies, flies off and is intercepted by a pair of F-22 Raptors, one of which he manages to destroy in the ensuing dogfight.

The primary DOD component who helped to make Iron Man was the Air Force, whose CGI F-22 you see Stark smashing through during this sequence.  No one forgets seeing this part of the film, whatever else they have forgotten in the 8 years since its release.  Likewise, aside from the introduction of Scarlett Johannsson as Black Widow the scenes shot at Edwards Air Force base are among the elements that stand out in Iron Man 2.  After Rhodes fights Stark and takes one of the Iron Man suits he returns to Edwards AFB and does a Top Gun-style flyby of the tower.

We also get treated to a lovely GoPro-type shot from on board the suit as Rhodes makes his final approach before landing outside the hanger.

It is this shot, with the C-17 and the hangars, along with the extreme sports style of cinematography, that I think it the most accomplished in the entire film.  However, other memorable elements including the grand finale where Rhodes and Stark fight off an army of drone killer robots were also supervised by and produced with the help of the DOD.  Indeed, the military were so happy with their involvement in the second film that they splashed articles all over their websites when this sequence was being shot (see here and here).

In this short video the role of the DOD in making Iron Man more visually spectacular is referred to by the Air Force Entertainment Liaison Project Officer Capt.  Bryon McGarry, who talks of their aircraft as ‘production value’.  One of the producers Jeremy Latcham spoke of how impressed he was by the sheer amount of military hardware in some shots, estimating it was worth ‘a billion and a half dollars’.  These comments suggest that the DOD knows that it has the ability to add extra production value to movies that no one else can provide, and thus it places them in a position not just to influence scripts, but to influence which movies become the biggest blockbuster hits.  Thus they have some control not just over individual films but over the shape of the entire Hollywood industry.

As with all Production Assistance Agreements between film-makers and the Pentagon whatever script changes were requested were locked in by contract and the film went through the usual process of being screened for DOD officials including Phil Strub before it was allowed to be released.  However, it wasn’t all smooth sailing.  One line during the scenes shot at Edwards AFB did not meet with Strub’s approval, where a military officer says that people would ‘kill themselves for the opportunities he has’.  According to Strub:

It never got resolved until we were in the middle of filming.  Now we’re on the flight lines at Edwards Air Force Base (California), and there’s 200 people, and [the director] and I are having an argument about this.  He’s getting redder and redder in the face and I’m getting just as annoyed.  It was pretty awkward and then he said, angrily, ‘Well how about they’d walk over hot coals?’ I said ‘fine.’ He was so surprised it was that easy.

The line does not appear in the final film.  This was not the only time during the relationship between the DOD and the Marvel Cinematic Universe that there was a disagreement.  According to Strub they refused or withdrew co-operation from The Avengers because he didn’t like the idea of SHIELD taking the unilateral decision to nuke New York city, and couldn’t figure out how SHIELD fit into the Pentagon’s chain of command.  This is amusing because this same idea of how to absorb superheros into the overarching structure of the Pentagon forms a plot point at the beginning of Iron Man 2.

Indeed, maybe this is where Strub got the idea for this untruth, for it is an untruth.  Strub claims that they did not provide any production assistance on The Avengers but they actually provided at least one example of the three main ‘added production values’ that the Pentagon has to offer – vehicles, soldiers as extras and locations.  Scenes for The Avengers were shot at White Sands Missile Range with DOD permission, the National Guard provided a squadron of soldiers who appear in the final battle and the F-35 jet appears on the deck of SHIELD’s flying aircraft carrier.

I have a different interpretation – the Pentagon wanted to continue working with Marvel Studios due to the tremendous popularity of the films but they didn’t like the SHIELD nuking New York element of the script so they provided some assistance, hoping they’d be able to use their influence to leverage a script changes beyond those that were agreed in the contract.  However, the rising success of the Marvel films meant that 2011 was the point that the Pentagon needed the MCU more than they needed the Pentagon.  The producers refused to change the ending of the film and so the Pentagon walked away.  Since then they have only been credited on one Marvel film – Winter Soldier – and NASA and the Science and Entertainment Exchange are now providing the ‘added production value’ on most MCU movies.

It is perhaps no coincidence that as this falling out was taking place that the DOD jumped ship and provided masses of assistance to Man of Steel, the first film in the rival DC Extended Universe.  While it is not certain that they also assisted Batman Vs Superman and I doubt they had anything to do with Suicide Squad, it seems this decision was partly in revenge for whatever happened on The Avengers.  When Strub first received the request for Man of Steel he ‘thought it was hopeless, hopeless.  Could never work on this stupid thing.’  But he was ‘persuaded to sit down with the writer’ for some reason.  Is it possible that the Pentagon provided assistance to a film that Strub did not see any value in, purely to support a rival product and a rival cinematic universe to get back at Marvel for not submitting over The Avengers?