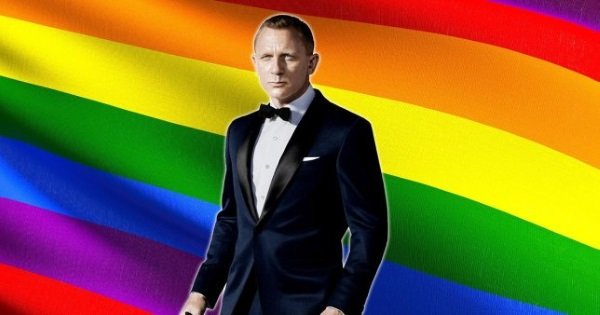 Q-Force, or How Queers Learned to Stop Worrying and Love Fascism

Netflix recently ordered a 10-episode first series of Q-Force, the world’s first animated LGBTQ spy series.  Pitched as a ‘gay James Bond’ the cartoon will undoubtedly contain the usual PR for the security state, wrapped up in a rainbow flag.  No doubt it will be heralded by numerous liberal and LGBTQ media outlets as ‘breaking down barriers’ and praised for including ‘the heroes trans people deserve’, while overlooking how it promotes surveillance, deceit, manipulation and control.

The series will be written and run by Gabe Liedman, the writer behind the tedious Brooklyn Nine-Nine and the incredibly gimmicky PEN15.  The logline for the series is:

Q-Force is a half-hour, animated comedy about a handsome secret agent and his team of fellow LGBTQ superspies. Constantly underestimated by their colleagues, the members of Q-Force have to prove themselves time and again as they embark on extraordinary professional (and personal) adventures.

So, rather than have the series be about a gay (or lesbian, trans, non-binary or other) protagonist working in a predominantly heterosexual institution, they’ve created a team entirely composed of gay, trans, non-binary or other non-hetero-normative characters who are ‘constantly underestimated by their colleagues’.  This sets up the fabulous dynamic whereby in order to prove that gay people can be just as fascistic as straight people, the characters will be just as fascistic as their colleagues.

They will ‘break down barriers’ by showing that transsexuals can invade people’s privacy just as well as ‘cisgender’ people.  They will ‘challenge people’s preconceptions’ that gay people can’t kill in cold blood quite as well as straight people.  They will ‘help society move forward’ by depicting lesbians as being just as capable of torturing innocent ‘terror suspects’ as anyone else on the spectrum.  They will win awards for their portrait of a ‘strong queer character’ who drone-bombs people without even a hint of due process.

In jumping on yet another identitarian gimmick you’ve greenlit a piece of propaganda for the status quo.

The underlying values of the security state won’t be challenged: only some very limited perceptions of who can manifest those values.  Indeed, in order to be seen as successful the characters will have to manifest those values as well as or even better than their white, straight male counterparts.

Emphasising this, Q-Force’s lead character will be played by Will and Grace star Sean Hayes.  Hayes told Deadline:

Also, I don’t know that the studios would greenlight a feature with a leading character that’s gay in that genre. Hopefully they will, but that doesn’t seem like right now.

It does seem like it’s one of the last bastions of masculinity that seems like we can’t break the rule of who gets to play that part.

So, in order to challenge the ‘last bastions of masculinity’ they’re going to make a spy series where the lead is a white American man.  And will be deified by all the same news media outlets who spend half their time slagging of ‘old white men’ and the other half praising old white men like Claude Juncker because Brexit.

Part of me can’t wait for Q-Force to come out (pun intended) so I can rip this late-liberal monstrosity to shreds for doing nothing more than changing the sexuality of the central character and making out like they’re revolutionary for doing so.  The other half of me is dreading the inevitable critical response, which is sure to be overwhelmingly positive regardless of the show’s entertainment value.