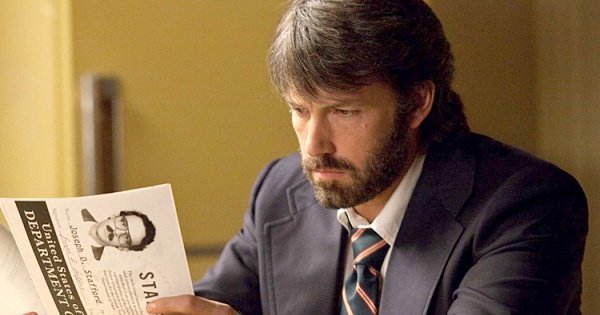 Review: The CIA in Hollywood

Tricia Jenkins’ The CIA in Hollywood was one of the books that inspired me to start this site, and the recently published second edition expands considerably on the original.  Because the CIA is resistant to FOIA requests and other forms of inquiry, Jenkins amassed a wide range of open source materials and interviewed various people both from the CIA (or formerly of the CIA) and from the entertainment industry.  The result is an extremely accessible book on how the CIA operates in the film and TV industries and a very well researched academic textbook.  For researchers, spy enthusiasts and fans of curios The CIA in Hollywood is not only an important tome, but also an intriguing and at times disturbing read.

A brief history of the CIA in Hollywood

Jenkins’ work primarily focuses on the recent and modern day relationship, presumably due to the profound lack of books on the topic.  However, a brief history is necessary to understand her discoveries and analysis.  The CIA began getting involved in the entertainment industry from its inception, but usually on an ad hoc basis without any obvious overall strategy.  Early forays included Animal Farm – produced by a British animation house to ensure maximum deniability – and The Quiet American, which was produced with some degree of official co-operation from the CIA.

However, until the Bay of Pigs the CIA largely eschewed approaches from the industry, denying requests for involvement in various productions, writing themselves out of films and even using CBS to prevent a TV show being made by a rival company.  Another curious incident occurred at a meeting at the Pentagon in 1953, where William Godel, the Deputy Assistant to the Secretary of Defense (Special Operations) mentioned that CIA officer Tracy Barnes ‘has MGM people making a movie out on the West coast’.  CIA Deputy Director for Plans Frank Wisner wrote a memo to Godel denying this, and saying that Barnes was simply sharing footage with the producers that might be included in the final movie, and that the CIA were categorically ‘not having MGM make a film’.

This illustrates the paranoia of the early CIA regarding even internal rumours of their involvement in Hollywood.  It was not until after the failed Bay of Pigs invasion that the CIA became a topic of public conversation and widespread reporting and criticism, and at this point they began opening up somewhat.  It would be another decade before a movie crew would be allowed to film at CIA headquarters in Langley (for Scorpio) and another 30 years before the Agency established their entertainment liaison office.

During this period numerous films featuring the CIA were released, mostly depicting the Agency as either morally corrupt (engaging in assassinations, blackmail and other extremely illegal activities) or just incompetent (failing to recognise the importance of information, making ludicrous errors in judgement and so on).  While in the 70s and 80s the CIA were busy with other things such as Watergate, lying to the Church Committee and Afghanistan/Iran Contra, when the Soviet Union fell they found themselves without enough to do.  Senator Patrick Moynihan introduced two bills calling for the abolition of the CIA in 1991 and 1995, and there was for the first time in its history a serious discussion about whether the CIA was necessary.  In part as a response to this but also as a response to the classic Hollywood depiction of the Agency, the CIA established their entertainment liaison office in 1996.

To run this new venture into the entertainment industry the Agency’s appointed Chase Brandon, an experienced operations officer who had liaised with other agencies.  He worked for a decade trying to sell ideas and story lines to script writers and producers, and provided script advice and technical assistance on a dozen major movies and around the same number of TV series.  Jenkins’ most startling discoveries about the Chase Brandon era concern The Recruit, which came out in 2003 but began being developed in 1997.

Jenkins shows that the original script, story and characters in The Recruit were devised by Chase Brandon himself, who appears on the DVD in a special feature but without mentioning either his crucial role in the production or his job as a PR guru at the CIA.  While Roger Towne was the credited screenwriter on The Recruit, The CIA in Hollywood shows how he was little more than a front for Brandon’s creative machinations.

Through draft scripts and communications between Towne and Brandon, Jenkins shows how Brandon was the main creative force behind The Recruit.  Brandon rewrote the original treatment and was largely responsible for early drafts of the script, he developed character and story arcs and made cinematography and editing suggestions.  As Jenkins notes, the communications illustrate how Brandon ‘saw Towne more as a translator of his original ideas than as an independent source of material’ and that ultimately Brandon’s role ‘far exceeded the one that even an aggressive studio executive or producer would play in the development of the film’. Through interviews with CIA public affairs officers and former agents who have worked with the entertainment industry The CIA and Hollywood shows that the CIA’s concerns about its public image are quite complex.  There is a distinct desire to counteract or debunk the popular Hollywood image of ‘rogues and buffoons’ but this is not entirely successful.  One reason for this is that some former CIA agents either have an axe to grind or left the Agency under a cloud or just didn’t have a great time working for them.  As a result, some products that have benefited from former agents providing consultancy and technical advice have not been especially kind to the Agency, Syriana being the bluntest case.  Jenkins also includes The Good Shepherd, around which there is some ambiguity because Paul Barry (Brandon’s replacement) said that he turned the film down, but Brandon lists the film on his website as one that he supported.

Likewise, the film and TV show that have received the most obvious CIA support in recent years – Zero Dark Thirty and Homeland – show the CIA torturing, kidnapping, assassinating, doing all kinds of illegal surveillance and generally as a maverick agency who doesn’t play by the rules but gets results.  Jenkins argues that this constitutes a change in approach by the Agency, from insisting on positive portrayals to accepting that they sometimes need to look tough and uncompromising.  Call me a conspiracy theorist, but I think the CIA have never had any problem with people thinking of them as cruel and dangerous and capable of anything.  It feeds into the aura around them, one of apparent invincibility.  They are the lone gunslinger who sometimes makes you feel safer because he’s around, but who will kill anyone at a moment’s notice if he deems it necessary.

Of course, neither Jenkins nor I can show you any kind of CIA PR strategy document confirming exactly why they do what they do.  The actual papertrail on the CIA’s involvement in Hollywood is painfully thin, so for example we have no way of knowing if Brandon influenced any other films to the same extent as The Recruit.  Maybe he did, maybe he didn’t.  According to Barry, Brandon took all his paperwork with him when he left in early 2007 and since then a number of people and teams of people have run the entertainment liaison office, usually for no longer than a couple of years.  So exactly who is running this process, and to what end, is unclear in spite of the broad and deep research underpinning The CIA in Hollywood.

The CIA in Hollywood

Despite the problem of sourcing hard information and the issues around trying to second guess what the CIA might be trying to accomplish through this process, this is not a book that will leave you feeling lost.  It is crisply and concisely written and is perhaps best read chapter-by-chapter but you could read it in a single sitting without much difficulty.  Unlike other books on this topic that have sought to cover as wide a base as possible Jenkins has taken a more direct approach, resulting in less words and pages and more information, arguments and interpretations of CIA-assisted products.

My favourite chapter is on the legal and ethical implications of this.  Jenkins argues convincingly that this is a violation of the spirit of the First Amendment, because the CIA (and other similar institutions) are seeking to edit scripts or are simply refusing to support productions that portray them in ways they dislike.  This support should be available to everyone, regardless of how they view or portray the Agency because in the present system the CIA (and the DOD, etc.) are promoting certain views and demoting or even potentially censoring other views.

It is an issue I have dwelt on, and The CIA in Hollywood goes for the jugular when it comes to this question.  The US government is forbidden from promoting or demoting political views, just as it is forbidden from interfering with people’s religious beliefs.  However, by only assisting those films and TV shows that portray the CIA in a light that the Agency wants, or finds useful, they are effectively violating this law.  Exactly how one might go about prosecuting that or reforming the entertainment liaison office system is not considered in this book but that could be an entire volume in itself, so we can surely forgive the author for that.

Ultimately this is a ground-breaking, timely and important text that more than achieves its two aims of being a well-sourced and soundly analysed intellectual pursuit, and being a very readable and accessible book.  I thoroughly enjoyed reading it and I learned a lot from it, and what more can we ask?  If you want to know more about this vitally important topic then this is the best book available and it has set the bar very high should anyone try to prise that crown from its head.

The CIA in Hollywood is available in hardback, paperback and kindle editions.