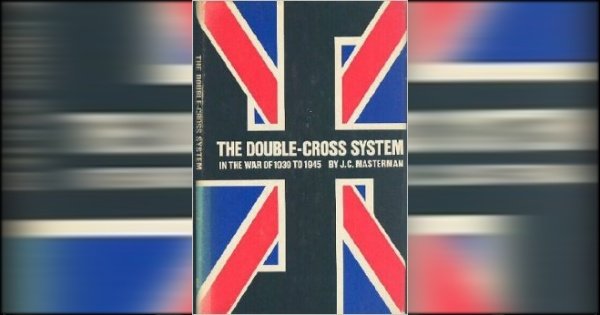 In my opinion, the importance of the intelligence war in World War 2 cannot be overstated.  Economically, Britain was essentially bankrupt by the end of the war.  Militarily they were not as well resourced and equipped as Germany with the exception of naval warfare.  The most decisive factor in Britain being on the victorious side of WW2 was their superior intelligence capabilities.  There is nothing new in the technique of turning the agents of the enemy into channels for deception and misdirection, but the British in WW2 turned it into an art form.  The Double-Cross System by John Cecil Masterman describes perhaps the most effective example of the use of double agents in modern military history.

The Nazi Spy Network in Britain

Throughout the war the Nazi intelligence agencies infiltrated their agents into Britain to do surveillance on the movement of military forces, carry out sabotage attacks on important targets and send back weather reports.  For some reason the Nazi intelligence apparatus was obsessed with British weather, more so even than the British populace.  These agents were dropped by parachute or smuggled in by dinghy or by passage through a neutral country.  Every single one of them, without exception, was successful interdicted by British intelligence and either imprisoned or turned into a double agent.

The most well known examples of such agents include TRICYCLE – Dušan “Duško” Popov, who enjoyed this codename not just because he was a triple agent but also because he liked ménage a trois – ZIGZAG – former safe cracker and James Bond prototype Eddie Chapman, who even offered at one point to assassinate Hitler via a suicide bombing – and MUTT and JEFF – John Moe and Tor Glad, two Norwegians who were recruited by the Nazis after the invasion of Norway but who immediately turned themselves over to MI6 when they landed in Britain.  MUTT and JEFF will be the subject of a future episode of ClandesTime, as they were named after two popular cartoon characters.

Some of these double (or triple) agents were used to directly infiltrate the Abwehr and recruit and run new agents.  Dušan Popov was very successful in this regard, and was so trusted by his Nazi handlers that he was sent to the US to set up a Nazi spy network there.  They gave him a three-page questionnaire including numerous questions about the American defences at Pearl Harbor, which Popov relayed to Hoover at the FBI.  The Bureau did nothing with this warning.  When Hoover discovered that Popov had taken a young lady from New York to Florida he threatened to prosecute him under the Mann Act (a law prohibiting the interstate transport of ‘any woman or girl for the purpose of prostitution or debauchery, or for any other immoral purpose’) forcing Popov to leave the country.

Other agents were maintained in Britain and used to send back chicken feed and misinformation/disinformation to the Germans.  Most of the communications were by secret writing or coded wireless radio transmissions so there was an ongoing cat-and-mouse game on both sides, trying to assess the truthfulness of what was going on.  For the Germans they had to figure out if their agents had been blown, or turned, or replaced.  For the British they had to figure out if their double agents were still trusted by their original handlers.  Certainty on all counts was never available.

This is what makes The Double-Cross System such a fascinating book to read.  The book is essentially a copy of a classified report reviewing the system at the end of the war for its successes, failures, aims and accomplishments.  It was written by JC Masterman, an Oxford academic who was recruited by British intelligence to help run the Double-Cross System via the Twenty Committee (XX in Roman numerals).  It is often observed that the character of Jill Masterton in Ian Fleming’s Goldfinger probably gets her name from Masterman.

It is a tale of carefully measured uncertainty, weighing risk and reward without every being sure why things turn out the way they do.  The Double-Cross System began as a simple counter-intelligence operation to find Nazi agents as they landed on British soil to neutralise their effectiveness.  This evolved into an elaborate deception scheme, whereby the communications the double agents sent back to Germany were full of carefully scripted lies.  They exaggerated British military capabilities, lied about public morale, and misdirected German military forces.

This was perhaps most successful when it came to the counter-offensive against the Axis powers in Europe.  Operation MINCEMEAT, inspired by one of Ian Fleming’s brainwaves, involved planting a dead body off the coast of Spain with faked ‘top secret’ war plans that convinced the Nazis that the invasion of Europe from the South would be through Greece and Sardinia, rather than the real target of Sicily.  Similarly, Operation OVERLORD (the invasion from the North) was supposed by FORTITUDE, an extremely elaborate deception operation run by the XX Committee.  Everything from fake military vehicles to false reports about troop movements to banning public access to certain areas of coastline served to convince the Nazis that the invasion of France would be at Calais rather than the real target of Normandy.

The importance of this is enormous.  One agent codenamed TATE had used the cover story that after landing in the UK he had got work on a farm, and hence could only provide limited information to his German handlers.  They bought this story, and he had an excuse for drip-feeding them disinformation.  In the run-up to the invasion of France TATE was used in a particularly imaginative way.  Part of the deception involved convincing the Germans that there would be two-pronged assault – a first strike at Normandy and a full invasion in Calais.  This meant that even when the invasion of Normandy began, the Nazis were still preoccupied with defending Calais.

To achieve this deception the British created a fake military unit and sent reports through their agents convincing the Germans not only of its existence, but that it was the major force that would attack Calais.  TATE came out of the shadows at the right moment and ‘he procured and sent on to Germany all the railway arrangements for moving the FUSAG [fake] forces from their concentration areas to the embarkation points, thus reinforcing from a new angle the imminence of the threat to the Pas de Calais.’  These reports were ‘so much appreciated that one Abwehr official, as we learned subsequently, was of opinion that they could “even decide the outcome of the war”.’ Indeed they did, for without this deception the invasion of Europe by the Allies would have met with much greater resistance and probably could not have succeeded.

Too Eager to Please?

A question that still concerns historians today is why was this so effective?  How were the Nazis so completely deceived?  Masterman explains that the XX Committee was far from perfectly run and in many instances got lucky with their operations.  He also hypothesises with some supporting evidence that the Nazi handlers were simply too eager to please.  They had their superiors in the brutal Nazi governmental machinery and as a consequence of this suspicions about the possible turning of an agent by the enemy were rarely voiced.  This led to an atmosphere whereby for the most part the idea wasn’t even considered.

Ironically, or perhaps chillingly, this was the same excuse one MI6 officer made for the sexed up (deceitful) intelligence over Iraq’s WMD.  SIS2, one of a small number of MI6 employees who gave testimony to the Iraq Inquiry, was asked about whether they had crossed over from providing intelligence into forming policy.

SIR RODERIC LYNE: In effect it crossed a line between its traditional roles of providing information and carrying out instructions that you have talked about earlier, and it actually got sucked into the process of policy making?
SIS2: Not exactly policy making as such, but perilously close to it, I would say. I think a fair criticism would be that we were probably too eager to please.

As with all the criticism of the intelligence services over their role in lying to the public to launch an illegal war, MI6 deflected this back onto the politicians.  They were simply trying to please their lords and masters, we are told, and were not party to any kind of conspiracy of deception and silence.  Given that one of the mottos of the Double-Cross System was ‘friends as well as enemies must be completely deceived’, you can decide for yourself if you believe that.