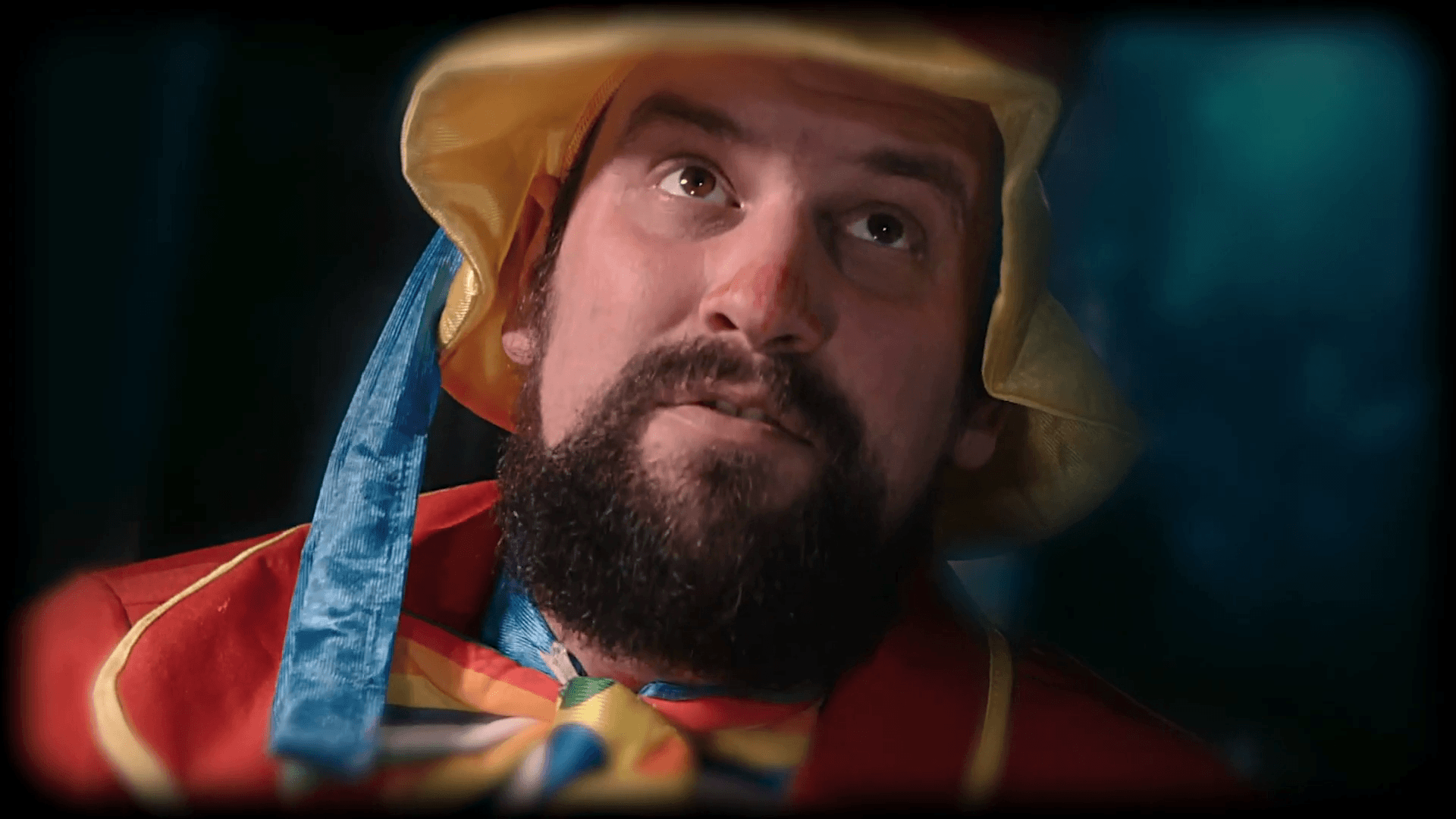 Oddfinger: Eagle Kill is – hands down – one of the weirdest quasi-biopics I have ever seen, combining surrealism, satire and roman à clef in a beautiful melange that left me entertained, but thoroughly baffled.  Starring the inimical Matt Alford as his alter-ego Oddfinger, it tells the story of one clown’s assassination attempt against a US president to try to arrest an impending climate change catastrophe.

Produced by Derek Swannson from a script by Alford, Eagle Kill is something of a sequel to Matt’s book The Writer with No Hands, the tale of his high-stakes investigation into the mysterious death of Hollywood screenwriter Gary Devore.  The new film outlines what happened after the end of that investigation, in Matt’s professional life as a stand-up comedian and part-time academic and in his personal life as his broken marriage to ‘Ursula’ continues to sink into the quagmire.

The film is highly innovative in its style, combining stock footage, film clips and footage of Oddfinger telling his story to produce a surreal but very satisfying piece of cinema that rebounds between hilarity and unbridled confusion.  Without giving away the whole plot, Matt/Oddfinger is recruited by British intelligence to poison future US president Jane Bauerland in the hope of diverting a global-scale climate disaster.

Whether this story is true or not (spoiler: it isn’t) is far from the point.  Though Eagle Kill is somewhat of a biopic and it is primarily about one man’s descent into an insane world that may simply be a figment of his own imagination, to reduce it to mere cinematic biography doesn’t do it justice.  The film is also a highly unusual kind of political satire, touching on many of the widely-felt concerns of our age, but without preaching or labouring the point.

Fast-paced and engaging, while also being slow-paced and slightly alienating, Eagle Kill is sure to win no Academy Awards and will dramatically fail to launch Alford and Swannson to the glamorous careers they undoubtedly deserve, but it is easily worth the 20 minutes of your time that it will take for you to watch it.

In sum, it certainly isn’t a perfect film but unless you’re already familiar with Swannson’s output I can guarantee you’ve never seen anything quite like it.