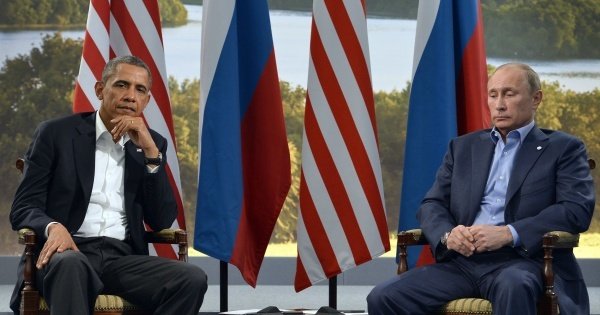 Robbie Martin’s A Very Heavy Agenda is a powerful series of documentary films that chart the rise of neo-conservatism and its ever-changing impact on US and global affairs.  From the Kagans to the Kristols, from the anthrax attacks to Hilary Clinton, this is an epic journey into the dark heart of American media and politics.  It is an exceptional documentary that is truly not to be missed.

A documentary in three parts, A Very Heavy Agenda is the fullest, broadest and deepest exploration of the neo-conservative phenomenon.  Robbie Martin’s films explore neo-conservatism not only as a political philosophy but also as a series of organisations from PNAC to the Foreign Policy Initiative and the Institute for the Study of War, and as a group of people adopting radical positions in media interviews and thinktank discussions.  It features countless pieces of news media archive footage showing how the neo-cons, in particular the Kristol and Kagan families, have relentlessly pushed the most warmongering, hardline interventionist views into the popular American and global dialogue over the last 20 years or more.

From predicting both 9/11 and the anthrax attacks to blaming Palestinians on 9/12 and trying to fully reignite the Cold War with Russia, the neo-cons have had a prominent influence on how we talk about foreign affairs.  This influence had been exclusively pro-war, pro-conflict, pro-death and destruction.  While they are by no means the only people responsible for the chaos in the world today the neo-conservative cabal are completely unashamed and unrelenting in their quest.  This makes them very dangerous.

What A Very Heavy Agenda captures so well is the sociopathic charm of these people.  This is particularly true of the first instalment which is an almost pure montage of interviews, discussions and presentations given by Bill Kristol, Robert Kagan and other members of the clique that is the focus of these films.  Kristol’s never-ending smile and jovial exterior even when talking about failed wars that he helped to start is truly something to behold.  Part Three is especially enjoyable for Kim Kagan – the wife of Fred Kagan and a close confidant of General Petraeus.  She appears to be suffering from an intense paranoia that no doubt drives her politics and her stream of outlandish statements.  By allowing the neo-cons so much screentime, Martin gives them the rope to hang themselves which they do repeatedly throughout this series.

As the series progresses it incorporates more and more footage showing the impact of these statements and policies on the real world.  The ease of saying such things in the internal isolation of a TV studio is writ large upon the world through a series of brutal exteriors from various NATO war zones.  Terrifying moments from Syria and the Ukraine ‘crisis’ interrupt the neo-cons as they articulate their psychotic vision of the world.  These interruptions are powerful illustrations that these are not mere ideas and words but that – as Robert Kagan articulates as one of the key principles of neo-conservatism – ideas have power.

Kagan also dwells on how this political philosophy developed out of a tension in classical liberalism.  The idea of individual rights and freedoms, which in some respects both Britain and the US have embraced more fully than many nations, faces a problem when applied to the rest of the world.  Should a ‘liberal’ country export its values in the form of military and paramilitary might?  Should ‘liberal’ countries insist that others conform to their values?  Do they have that right?

Neo-conservatives say yes, but then neo-conservatives say a lot of things.  This critical question facing Western countries is rarely discussed, let alone in the context of an informative documentary series.  It is a rare treat to see any film that stares down the barrel of serious issues, let alone one that does it with such commitment and rigour.  For that Martin deserves a lot of praise.

The Ever-Changing Face of Neoconservatism

The third part of A Very Heavy Agenda was released last week and shows how like any true sociopaths the neo-cons keep reinventing themselves.  Many came from the radical Left, hardcore liberals and Trotskyites who became convinced of the virtues of the Right.  Today they deny being neo-conservatives, or that the term even means anything any more.

What Martin does exceptionally well is to show how the neo-cons have faced a serious quandary in the upcoming US presidential election.  Initially supportive of Donald Trump for his tough stance on absolutely everything, Trump’s outlandish and explicitly racist rhetoric is inspired by and rooted in the same ideas of America’s role in the world.  However, by taking it to such an overt and ludicrous extreme Trump appears to have alienated the neo-cons, and as they began criticising him Trump began to employ more isolationist and even diplomatic language (e.g. saying he could work with Putin).

This leaves the neo-cons in the awkward position of having to temporarily abandon the Republican party entirely and throw their weight behind Clinton, the most neo-con candidate available.  This demostrates not just the imperial liberal roots of the neo-conservative philosophy, but also their ability to reinvent themselves to suit the political landscape.

Perhaps the most eyebrow-raising aspect of A Very Heavy Agenda is its investigation into the 2001 anthrax letters.  These post-9/11 attacks cowed any political opposition to the implementation of aggressive neo-con policies, and as such were just as important as the big event itself.  Just as the neo-cons anticipated and almost prayed for 9/11 to happen, likewise in the days following the assault on the WTC and Pentagon they gave numerous interviews anticipating and predicting some kind of biological warfare.  Likewise, White House and other officials began taking counter-anthrax medications such as Cipro on the evening of 9/11 itself, before anyone should have been able to know that an anthrax-based attack was imminent.

The essentially unsolved nature of the anthrax letters poses grim questions.  The letters were pinned on a US Army researcher called Bruce Ivins, though he killed himself several years later, never faced charges and no direct evidence against him seems to exist.  Martin includes an interview with Matt DeHart, a former intelligence analyst who received leaked documents from an FBI whistleblower that showed that people within the CIA were actually behind the attacks.  These documents have never seen the light of day but if they are real and authentic (as DeHart evidently believes) then this puts a very different complexion not just on the anthrax letters but also on the neo-cons’ curious ability to predict them.

In sum, A Very Heavy Agenda is a powerful, terrifying, enlightening documentary about one of the most serious phenomena influencing world events.  It is brave and informative, ruthlessly well researched and pulls no punches.  Without doubt it is the best documentary I have watched – on any subject – in years.

Part One: A Catalyzing Event

Part Two: How We Learned to Stop Worrying and Love The New Neocons