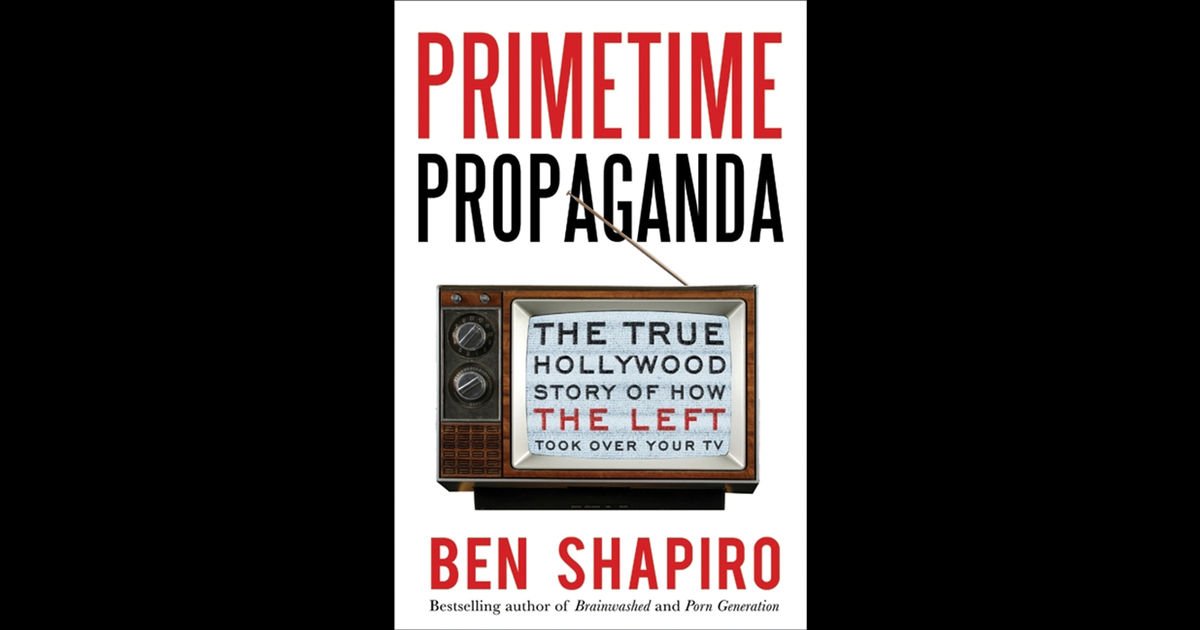 Review – Primetime Propaganda: The True Hollywood Story of How The Left Took Over Your TV

In a guest article for Spy Culture my good friend and co-author of National Security Cinema Matt Alford reviews Ben Shapiro’s book Primetime Propaganda. Matt examines whether Shapiro’s central premise – that there is a left/liberal bias in entertainment media – is actually true, and presents some of the limits of Shapiro’s assessment of the cultural landscape.

Primetime Propaganda argues that for almost its entire existence television has been gradually perverted by a select group of leftists who have used its power to foster social change though cultural messaging in shows from Happy Days (1974-84) to Glee (2009-). This is a liberalism that ‘continually attacks’ a ‘prevailing power structure’ that Ben Shapiro seems to equate with the GOP, business people, guns, and religion and which supports gay marriage, abortion, union organisers and the Democrats.

Shapiro’s perspective is well entrenched in the conservative, or even neoconservative, wing and the book itself is endorsed by Ann Coulter. Still, Primetime Propaganda contains plenty of new information that bolsters our understanding of the politics of Hollywood as an industry – an area that has received patchy scholarly treatment. Shapiro well highlights some of the fundamental problems: ownership is concentrated to the point of oligarchy; it’s a closed shop (half of TV is scripted by just 10% of the Writers Guild’s 3000 active members); its politics is not driven solely by the market but rather more by the politics of those who write, create produce and distribute TV. The networks, the creators and the producers work hand in glove with the government and government officials. Added to that, due to the centrality of advertising, networks are not so much ‘broadcasters’ as ‘narrowcasters’, who target the young who they hope will best respond to the associated advertisements, and thus largely leave traditional conservatives out of their plans – even to the point of discrimination and prejudice.

To prove his point Shapiro interviewed fifty of the most significant living industry figures and found that they commonly made clear not only were their personal politics liberal but also that the shows they shaped were to some degree consciously liberal in tone. Shapiro fairly acknowledges that that artists should be free to insert their politics into their work and that some conservative strains of thought in TV shows (he lists and discusses his top ten) have emerged despite hazardous conditions.

Nevertheless, Shapiro does routinely overstate and simplify the facts to fit his thesis. For instance, he calls Bill Mahers’ Politically Incorrect show ‘unswervingly liberal’. In fact ABC canceled the show after Maher remarked that the US use of cruise missiles was cowardly in comparison to the 9/11 suicide attacks. Indeed, Maher has repeatedly supported the military, the death penalty, and racial profiling at airports. He even called for a pause in the criticism of the Iraq War, just after it had started. Hardly ‘unswerving’. More broadly, to see the contemporary entertainment industry as antiwar, one would have to ignore the fact that there was virtually no celebrity or industry protest over the major foreign policy events of our time – the Gulf War, Kosovo, Iraq, or Libya.

Shapiro lumps the made-for-TV movie The Day After (1983) into his argument as well. Indeed, for director Nicholas Meyer at least, the film was an attempt to ‘unseat Ronald Reagan’. However, there are key qualifiers to this. ‘The point of the movie was clear’, Shapiro complains: ‘a nuclear war under any circumstances would be utterly apocalyptic’. If anything, though, the film understates the consequences of nuclear war, reflected by the fact that ABC included a disclaimer after the credits letting the viewer know that The Day After downplayed the true effects of nuclear war so they would be able to have a story (compare it, then, to the horrific British-made Threads (1984)). Secondly, the idea of a nuclear war being apocalyptic is far from being simply a liberal idea.

Indeed, the film promoted the message of disarmament that Reagan professed ultimately he wanted to achieve and which indeed he did to some degree as relations warmed with Moscow. ABC Motion Picture Division president Brandon Stoddard (who, for good measure, made the rampantly right wing miniseries Amerika in 1987 without the problems he faced with The Day After) claims that The Day After was ‘the most difficult and probably most controversial thing ever put on TV’. Maybe so, but in that case it tells us a great deal about the mildness of entertainment television politics.

In Britain in the late 1980s, the writers behind Dr Who inserted an ‘anti-Thatcher’ subtext into the series in their declared efforts to bring down the government. Such a left-wing bias is of some significance but the truth is that it manifested itself in a villainous caricature of Margaret Thatcher plus some lines lifted from CND literature, which nobody even noticed until the star Sylvester McCoy pointed it out twenty years later. The same might be said of Shapiro’s inclusion of Happy Days (anti-Vietnam war ((which has already finished when the series began), because ironically sometimes the 1950s era characters refer to themselves as living in a peaceful society) and Maguiver (opposes gun rights because the main character invents his own weapons).

Conspicuous by their absence in Primetime Propaganda is any mention of the longstanding impact of the Pentagon on the politics of series such as JAG, NCIS, E-Ring, and – with CIA support – Alias. Shapiro calls The West Wing ‘the left wing’ because he observes that every political consultant on the show is a Democrat but this ignores the fact that The West Wing worked closely with the White House to promote the Bush administration’s War on Terror straight after 9/11. Moreover, the producers may not usually work directly with Republicans but the show’s politics still promotes America as an exceptional nation, that is far from the way that the superpower is viewed in many parts of the world.

Shapiro criticises the third series of 24 for having Keifer Sutherland give a short address at the start of each episode explaining that the Islamic community did not support violence. This was indeed a sop to American liberalism but it was also in line with the Bush administration’s direct requests to industry leaders to oppose terrorists but not to present a war between civilizations. Furthermore, it was a small and sensible step to take to lessen the malign impact of a Pentagon/CIA-backed series that promoted the wonders of the national security state, even one that tortures as a matter of routine, in protecting the American people.

Shapiro quotes the MCA mogul Lew Wasserman as saying he felt physically excited by Bill Clinton and this epitomises the fact that the relationships between Hollywood and Washington, and between Hollywood and the Democrat party, are queasily close. But with the Democrats in the political center ground of a corporatist country engaged in several overseas military conflicts, the issues raised by that party are not synonymous with what comprises Liberalism, Marxism, Leftism or even criticism. For instance, Shapiro complains that M*A*S*H sees the US ‘troops as victims’ but this is a long way from seeing or portraying the most obvious victims of the conflict, namely the native population, which was hardly depicted with any sympathy on big or small screen since a smattering of films like Casualties of War (1989) and Heaven and Earth (1993).

Shapiro is also light on the actual owners of Hollywood. Rupert Murdoch receives a brief mention but only to say he helped make the industry more liberal by pushing for younger audiences. An alternative view is that Murdoch presided over a rise in ‘trash’, rather liberalism, and there is precious little evidence to suggest that the other oligarchs that loom over the industry have any personal, political or business interest in attacking the prevailing power structure.

Shapiro is right to highlight the prevalence of liberalism in television. There certainly does seem to be a marginalisation of explicitly conservative ideas on television, at least where they are in direct opposition to explictly liberal ideas (on guns, abortion, etc) but this is to ignore the deeper taboo about radical perspectives on mainstream politics. He overplays its significance, underplays the conservative contribution, and ignores the broader political issues. ‘Where can liberals channel their outrage against society if they’ve won all their battles?’ he asks but does not recognise that there are problems with society that continue to incense those who are more politically radical (as well as some liberals), such as cross party support for excess corporate power, the arms trade, and interventionist foreign policy. As a case in point, the comedian Bill Hicks, whose routines railed against the two party consensus, was censored on the supposedly ‘liberal’ Letterman show in 1993. How does that fit into Shapiro’s analysis? In short, there are many more political controversies relevant to liberals (and those further to the left) in American politics than just ‘transfats’ as Shapiro dismissively puts it and Hollywood tends to provide an even narrower set of political perspectives than Shapiro suggests.