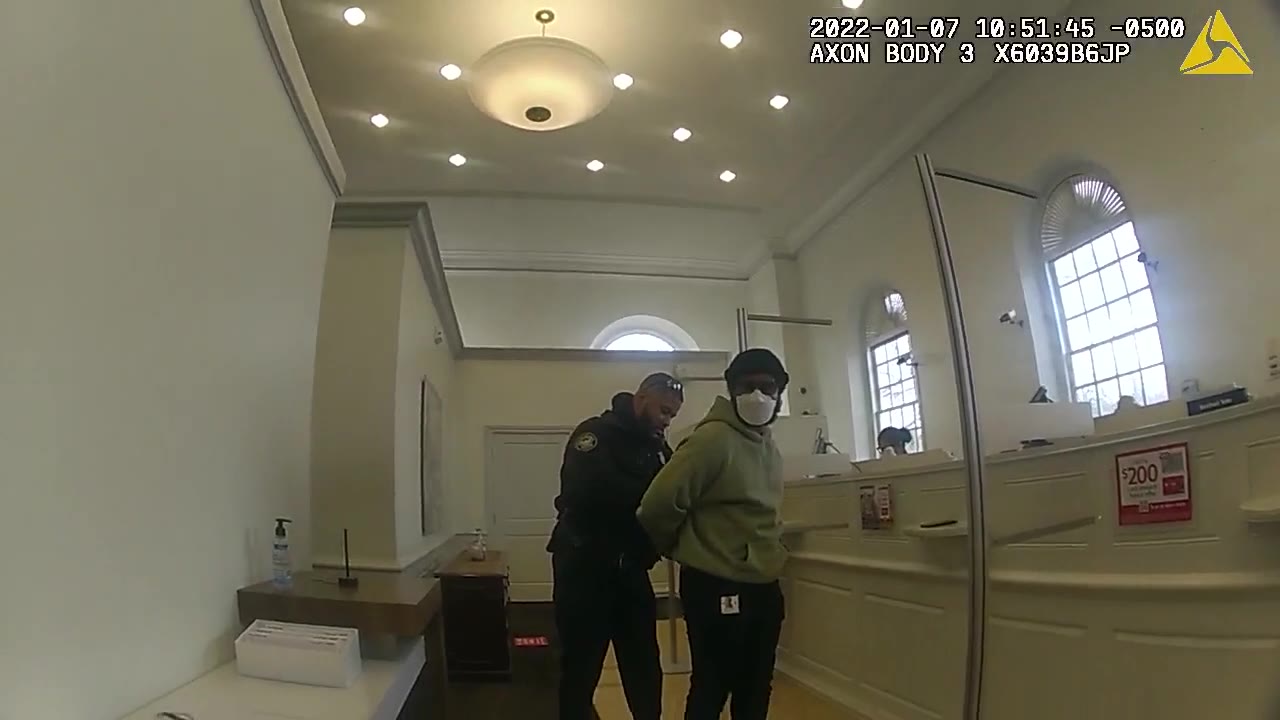 A story doing the rounds on entertainment industry websites in the last couple of days revealed that Black Panther director Ryan Coogler was briefly handcuffed and detained by Atlanta police department for suspected bank robbery.  The whole thing was a ludicrous misunderstanding, but since several outlets have referenced the police report of the incident, I thought I’d make it available.

Essentially, Coogler is in Georgia shooting the Black Panther sequel and made a trip to the bank to withdraw $12,000 in cash (as one does).  He wrote a note to the bank teller asking her to count the money in the back so as not to draw attention to the large amount, this somehow flagged up a warning on the computer (likely an IRS alert for any transaction over $10,000), she took it to her manager and they called the police.

This led to them detaining and handcuffing Coogler, as well as two men in a vehicle outside, essentially accusing them of trying to rob the bank.  As bodycam footage shows, Coogler was none too happy, asking for the police’s badge numbers and telling them to check google and find out who he is.

As I arrived on scene and came into contact with a black in color S.U.V (Lexus) parked in front of the bank with engine running. Inside this vehicle is a black male driver (suspect # 1) as well as female passenger (suspect # 2). As I approached listed vehicle (driver window was already down) and advised listed driver and passenger about why I have made contact with them. Listed driver stated ” I thought you was
going to request for me to move my vehicle from parking in front of the bank”. I told driver that was not the case.

I was able to detained both suspect # 1 and suspect # 2 as well as advised them that we are conducting a investigation. As For now; They will be placed into the rear of separate visible mark City Of Atlanta Police vehicle until we are able complete our investigation. Both suspects # 1 and # 2 was never placed into handcuff but was detained in the rear of separate patrol vehicle.

Suspect # 3 then was taken out of the Bank Of America by Ofc. Cruz and Ofc. Pritchard in handcuff. It was determined that suspect # 3 is Mr. Coogler. Ofc. Lundi then respond to location to start his investigation. Sgt. Fernandez unit # 2296 responded and collected the information that was given to him by officers on scene as well as from Bank Of America employee.

Sgt. Fernandez was able to determined that Mr. Coogler did pass a written filled out withdrawn slip with note written on the back of the withdrawn slip to be discreet when handing him the cash. Suspect # 3 did have his California State identification license along with his Bank Of America account card. This transaction was done with the female bank teller ( pregnant black female) about withdrawing cash
amount valued possible over ten thousand dollars. The bank teller then received an alert notification from Mr. Coogler account and quickly advised her manager that suspect # 3 is attempting to rob the bank. 911 was alerted and responded.

I was determined later by Sgt. Fernandez that the incident is a mistake by Bank Of America and that Mr. Coogler was never in the wrong and was immediately taken out of handcuff and that suspects # 1 and # 2 was taken out from the rear of the patrol vehicle.

Mr. Coogler as well as suspect # 1 and # 2 was given an explanation of the incident as well as an apology for the mistake by the Bank Of America. Mr. Coogler requested the name as well as the badge number for all the Officers on scene.

Essentially, the bank called them saying there was a robbery in progress.  They arrived, arrested two guys who were doing nothing except sitting in a car, and those men told them Coogler was inside doing a transaction and he was a movie producer.  They established this was likely the same person who was robbing the bank (even though no one was actually doing this), went inside and arrested Coogler.

I know cops are often pretty dumb, but seeing it in black and white always raises my eyebrows.

In the event, being a rich bigshot meant that Coogler was only briefly detained.  Lucky he wasn’t working class and black, he might have gone the same way as Breonna Taylor, then one of the cops might have been charged but subsequently acquitted of endangerment.