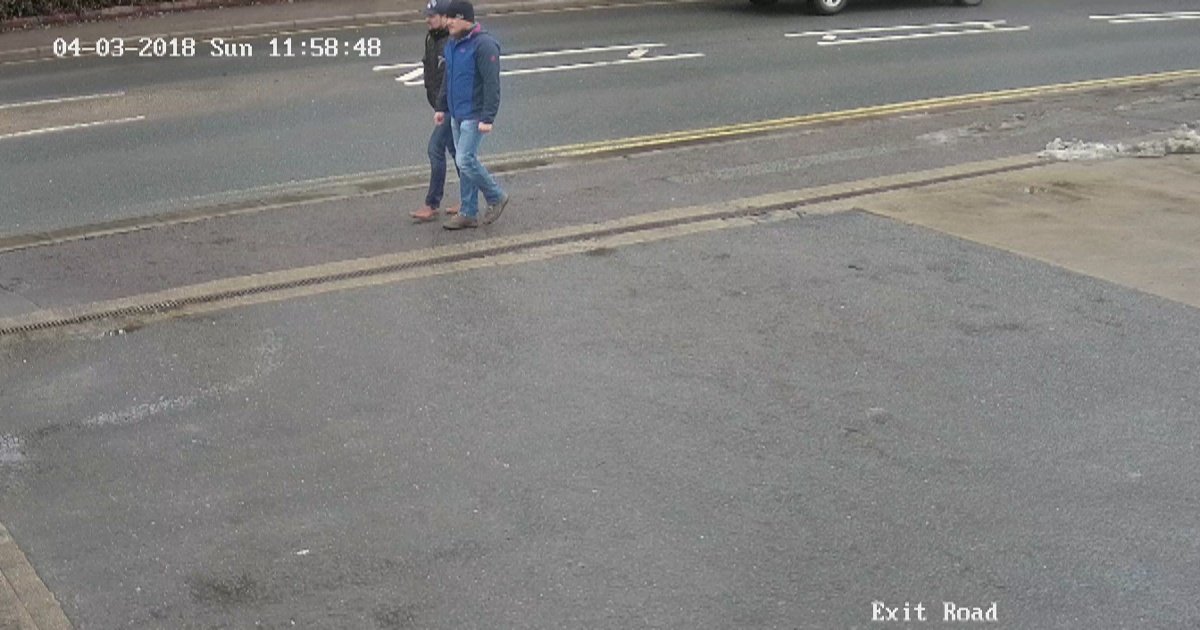 Salisbury Poisoning CCTV Has Suspects Walking in the Wrong Direction

Image 5 in the Met Police’s CCTV collection of Petrov and Boshirov also poses some questions. Their timeline says:

Image five shows the suspects ten minutes later — at 11.58 — on Wilton Road, Salisbury, we say, moments before the attack.

The police did not say where on Wilton Road that this image was captured, but it is outside the Shell petrol station. I confirmed this via streetview, using the fading double yellow lines as a guide.

The problem is that for Petrov and Boshirov to be outside the Shell Garage at 11:58, having arrived via Salisbury train station at 11:48, they would have had to walk directly there (it’s about 3/4 mile, in 10 minutes). This is the second time that the official story has them displaying shockingly poor tradecraft in heading straight to their target, instead of taking a less-obvious and more circuitous route. The first time was when they flew directly from Russia into the UK.

However, if they were headed straight for Sergei Skripal’s house, as the police maintain, then they shouldn’t have stayed on Wilton Road as far as the Shell garage/petrol station. Indeed, the more direct route doesn’t even take you up Wilton Road.