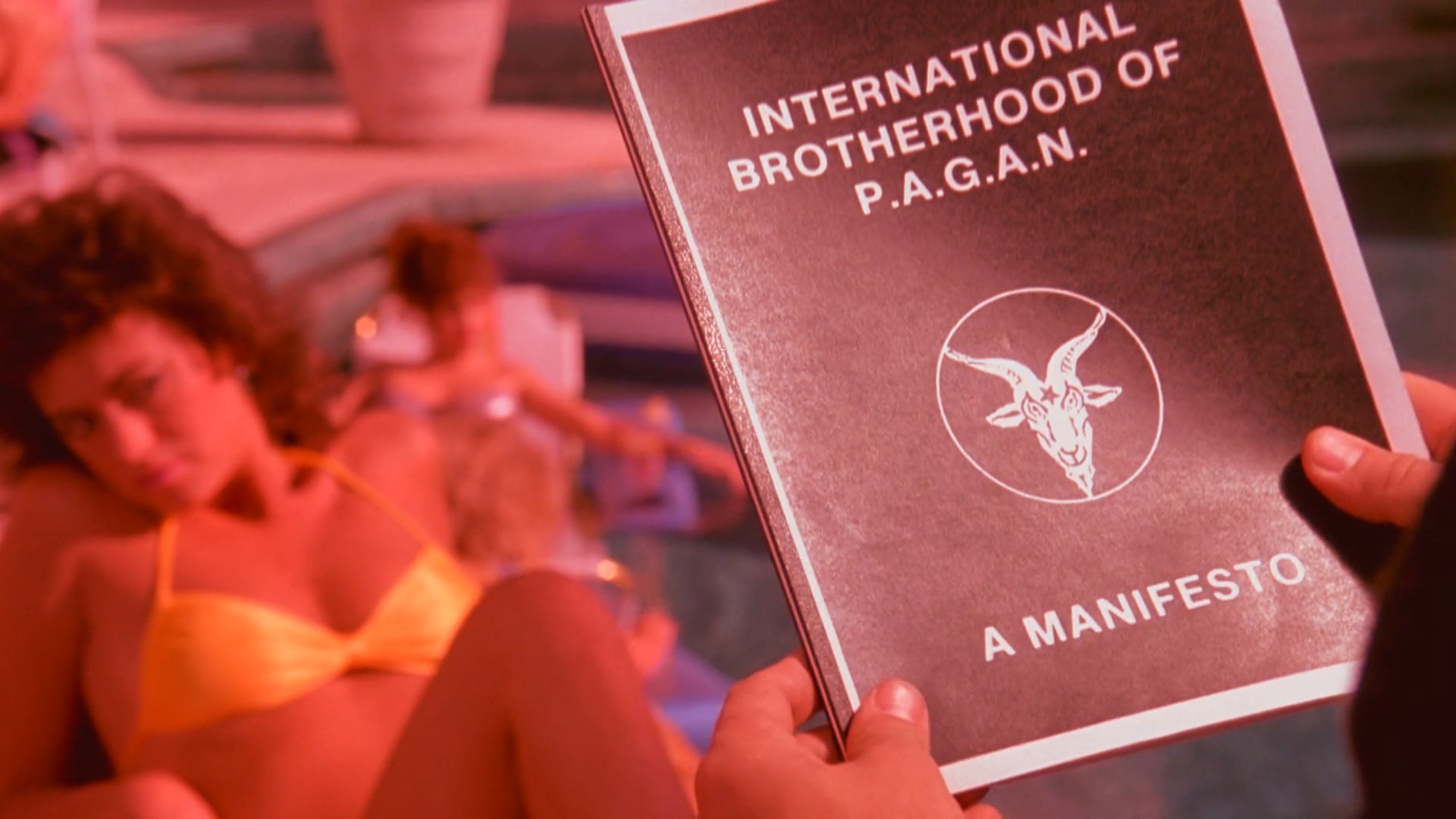 In this video I outline the role government agencies have played in many of Tom Hanks’ biggest and important films, including the Pentagon, FBI, CIA, LAPD and US Customs and Border Protection. I detail the changes made the scripts of these films, and how this has helped Hanks’ films glorify war, cover up for the Pentagon’s mistreatment of its own people, encourage military recruitment, trivialise US immigration policies, protect the news media, and whitewash the CIA’s influence on America and the world.

Films discussed include The Man with One Red Shoe, Dragnet, Forrest Gump, Apollo 13, Saving Private Ryan, Catch Me If You Can, The Terminal, Charlie Wilson’s War, The Post, Bridge of Spies and Greyhound.

But what few people realise is that Tom Hanks has had a close relationship with the US government throughout his career.

Tom Hanks and the US Government

Perhaps more than any other actor and producer in Hollywood, Hanks has worked with government agencies on many of his biggest and most important films.

In 1987 he starred in the reboot of Dragnet, based on the TV and film franchise from the mid-20th century. Just like the originals, the 1987 version was supported by the real-life LAPD, and the department’s Hollywood liaison Dan Cooke worked on the film.

In 1994 he got the title role in Forrest Gump, and the producers asked the Pentagon for military support. The DOD ultimately rejected the project, as they felt the script contained too much swearing and sexual content, depicted the military in a stereotyped way and they didn’t like the scene where Forrest moons the President.

They also objected to the script portraying the Army conducting ‘an experiment to put together a group of dumbos and halfwits who wouldn’t question orders’. Even though the Pentagon refused to provide any help, the film makers changed this aspect of the story.

In reality there was such a program, known as McNamara’s 100,000, where men of sub-standard intelligence were conscripted and sent to fight in Vietnam. Subsequent investigations found that these men were more likely to be killed or injured, and in the years after the war were more likely to be unemployed, poor and divorced. While early scripts for Forrest Gump reflected some of these realities, in the final version he becomes rich, gets married, and lives a happy life.

The following year Hanks appeared in Apollo 13, which had support from both the military and NASA. Despite providing the bulk of the support, NASA did not insist on having input on the script. While the US Navy only provided assistance for the brief ocean rescue scene at the end, they insisted that the writers remove all the swear words from the film. This is why this movie about three men nearly dying in outer space contains no swearing, making it less true to life, but more family friendly, and a more positive depiction of America’s finest.

In 1998 Hanks starred in Saving Private Ryan, which was supported by the US Army. Though the plot is totally unrealistic, showing a small band of men setting out to rescue one soldier during an invasion that killed tens of thousands of people, this was another very positive image for the US military.

In 2002 he starred opposite Leonardo DiCaprio in Catch Me if You Can, playing FBI agent Carl Hanratty. The character was a composite of several real FBI agents, and the FBI themselves supported the film.

In 2004 Hanks played the lead in The Terminal, a film that was supported and rewritten by US Customs and Border Protection, a division of the Department of Homeland Security.

In 2010 he was a producer and narrator on The Pacific, a TV series about Marines battling in the Pacific in WW2, which was supported by the Marine Corps.

In 2016 he played Sully in Sully, supported by the US Air Force.

And in 2020 he starred in Greyhound, a fictionalised account of the Battle for the Atlantic in WW2, again supported by the US Navy.

Tom Hanks and the CIA

In only his second film, The Man With One Red Shoe, Hanks first came into contact with the CIA. A producer at 20th Century Fox, Robert Cort, was a former CIA officer and he recruited two others – Polly Dean and Penny Engle – to act as consultants on the movie.

Years later, on Charlie Wilson’s War, Hanks would get involved with the CIA for real. The film tells the story of how congressman Charlie Wilson teamed up with the CIA to arrange for billions of dollars of support to the Afghan mujahideen during the Soviet-Afghan war.

A former CIA officer, Milt Bearden, as well as the CIA’s Hollywood liaison, Chase Brandon, worked on the script. Early drafts included scenes depicting the CIA directly training the mujahideen in Afghanistan, and mention Al Qaeda and a particularly vicious mujahideen leader and an associate of Bin Laden, Gulbuddin Hekmatyar, who received the largest proportion of CIA support. The early scripts also showed Wilson drunkenly crashing his car one night, and then fleeing the scene, and had the film end on the morning of 9/11, when Wilson is at home and feels the room shake when a plane hits the Pentagon.

None of this made it into the finished film.

The original book, and the CIA’s own documents, make it clear that Wilson was recruited by the CIA to be their asset in congress, not just winning money for covert operations but also protecting the Agency from stricter oversight. But the movie plays off Wilson’s connection with the CIA as a buddy cop story, featuring lots of jokes and drinking, but nothing of the deeper relationship.

A few years later, Hanks again took the lead role in Bridge of Spies, which was produced with the US Air Force. It tells the story of lawyer James Donovan, who defended accused Soviet spy Rudolf Abel, and then negotiated a spy swap after the Soviets captured U-2 pilot Gary Powers.

In the film, and in interviews, director Steven Spielberg reiterated how the Soviet Union never acknowledged Abel as a spy.

But in Bridge of Spies, Spielberg constantly refers to Powers as a pilot, when in reality he was just as much of a spy as Abel was.

Likewise, the film overlooks how Donovan had worked for the OSS, the predecessor to the CIA, and that he received the Distinguished Intelligence Medal, which is usually reserved for CIA officers.

As a result the movie tells us that it is the other side, the Russians, who spy and cheat and manipulate, while our spies and intelligence assets are merely lawyers and pilots.

Two years later Spielberg and Hanks reunited to make The Post, the story of the Washington Post publishing the Pentagon Papers. Spielberg, Hanks and Meryl Streep openly admit that the aim of the film was to defend the US news media against a wave of criticism, and to make journalists look good.

From the beginning of his career Bradlee worked for US intelligence, initially for the CIA-connected US Information Agency. Documents in the CIA’s archive record how he was kicked out of France due to his work for the government, as well as Bradlee’s move to Newsweek’s Washington DC bureau, and include numerous letters between Bradlee and several CIA directors, throughout his time as editor of the Post. They even discussed recruiting him as a consultant so they could better understand how secret information was being leaked to the press.

In 1982 Washington Post reporter Bob Woodward had a story about the CIA training the Contras, an ultra right wing terrorist gang in Nicaragua, who were fighting the Sandinista government. But the story was never published, because Bradlee killed it, telling Woodward that it wasn’t news unless the CIA were doing this without telling the President.

While The Post acknowledges Bradlee’s close relationship with the Kennedys, it ignores his much more important role as a CIA asset. Instead, Bradlee is heroised as an uncompromising truthteller, who resists the government’s attempt to censor the media.

Alongside helping to polish the public images of the Pentagon, CIA and FBI, Tom Hanks also fronted The Terminal. Based on real life stories, The Terminal is the classic example of a Hanks-Spielberg film: on the surface it is a schmaltzy comedy about a man who is stuck in an airport and all the amusing adventures and hi-jinks he gets up to, but underneath that it’s an image of American society. Hanks, as an outsider, learns about America by living at the airport, and as he learns, so do we, the audience.

Ultimately, The Terminal is a piece of pro-corporate, pro-government propaganda. The film-makers approached US Customs and Border Protection for help on the movie, but the CBP insisted on major rewrites. Anne Sittmann, head of their Television and Motion Pictures Division explained that they cooperated because it was an opportunity to ‘influence what people see, and how they react to it’. In the script that they reviewed ‘the port director was written as evil and on the take’ so they had Spielberg redesign the story to soften the character, and make the CBP look heroic.

A draft script shows just how much the film changed from its original incarnation. The film was originally a psychological thriller about US immigration policy, where Viktor and other immigrants and foreigners are frequently shown being bullied and harassed by government officials. The opening line of the film sees the port director tell his subordinate ‘When the toilets of the third world flush, all the shit comes pouring through those doors’.

When Viktor is first detained, he passes a Chinese man who is ‘shaking with fear’ while pledging allegiance to the US, an Arab couple whose luggage is being torn apart by dogs, and a Vietnamese refugee whose baby is forcibly taken from her by an immigration officer. Viktor is locked in a cell for hours, before anyone explains to him what is going on.

The script frequently refers to Viktor being afraid, panicked, even terrified, as he witnesses the brutal impact of the US government on petty criminals and illegal immigrants, and experiences it himself.

But once Spielberg came on board, and the CBP insisted the film-makers rewrite the script, The Terminal evolved into a light hearted comedy, where the struggle between Victor and the government officials is played off as a joke, a fun game where everything is alright in the end. Instead of exploring the experiences of a man caught up in the Kafkaesque machinations of state bureaucracy, it was diluted into a xenophobic feelgood comedy, and an extended advert for all the shit you can buy in airports.

So who is Tom Hanks? One of the most beloved actors in Hollywood, a frontman for propaganda, or both simultaneously?

His disarming performances act as a cover for the authoritarian and often nationalistic subtexts in many of his films, putting a friendly face on state-sponsored entertainment.

Hanks functions as a non-threatening John Wayne, reflecting a comforting image of America back at itself, and projecting that image across the world.

In total, Hanks’ films have glorified war, covered up for the Pentagon’s mistreatment of its own people, encouraged military recruitment, trivialised US immigration policies, protected the news media, and whitewashed the CIA’s influence on America and the world.

However, he has no intention of going into politics, preferring the more influential role as a trojan horse for government propaganda.