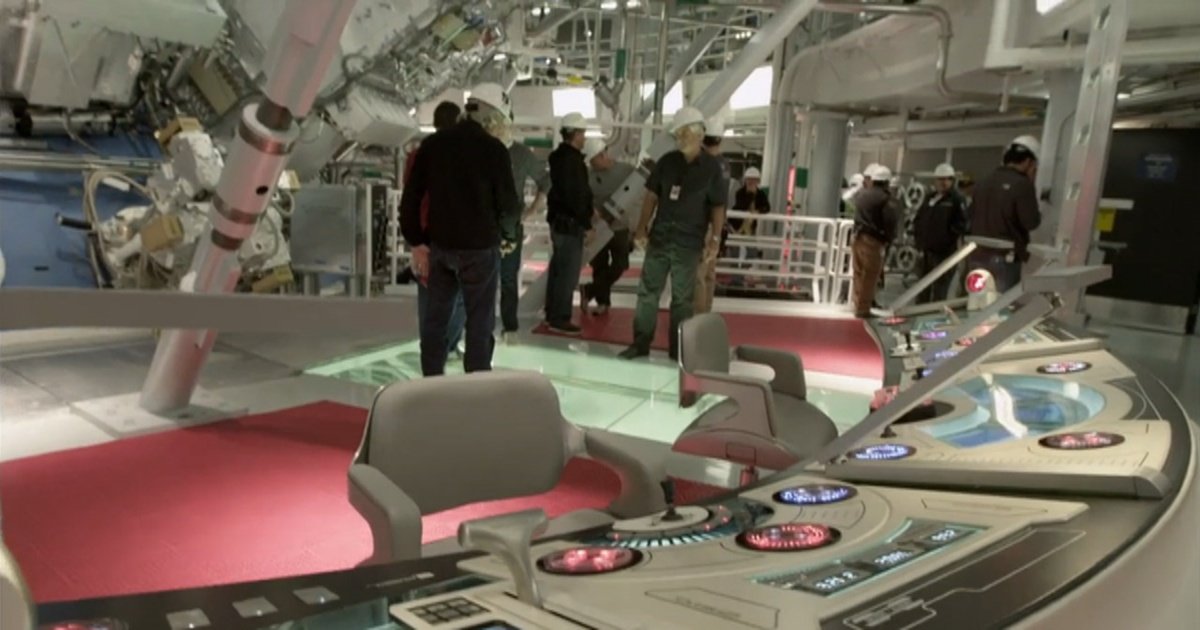 Security Gone Bananas for the Filming of Star Trek

Code names, vehicle searches, non-disclosure agreements, escorts for foreign nationals – when the producers of Star Trek: Into Darkness wanted to film at the Lawrence Livermore National Laboratory, they probably weren’t expecting this.  Newly-released Dept. of Energy documents show the absurd level of security around the filming and how a government official who appeared in the film seems to have lost his grip on reality.

The filming of Star Trek: Into Darkness at LLNL

I found out about this filming when the DOE released to me some records of when they allowed the producers of Tron to film at LLNL in the early 1980s – both documents and an internal ‘making of’ video.  A couple of the documents were articles from internal DOE newsletters that mentioned that Star Trek: Into Darkness had recently filmed at the lab, following on from Tron 30 years earlier.  So I FOIA requested all of their records on Star Trek.

Many of the records they provided are concerned with practical matters – the preparation of the areas where filming was taking place, the schedule for the arrival of the studio’s equipment and staff, safety assessments for the use of special effects (CO2 machines, explosives etc.) and a lot of diagrams.  Scientists like diagrams. Some of the files also mention a History Channel documentary on Star Trek: Into Darkness that included a segment on LLNL.

The DOE were very happy with the positive PR that the filming (and letting everyone know about it by giving permission for this behind-the-scenes segment) provided.  One ‘Lessons Learned’ document contains slides from a presentation assessing what worked well and what didn’t. It seems that the film-makers pressured the LLNL to ignore requests from their own staff, acting as ‘stewards’, for toilet breaks and other basic rights, likely because it could interfere with the shooting schedule.  Evidently there were some complaints that these rules were being ignored for the sake of rich celebrities.  I will be filing a follow-up request to try to determine what the LLNL staff thought about all this, as the slides do mention hundreds of feedback comments about the project.

The most surprising document is the Security Plan.  While it’s understandable that a laboratory engaged in top-level scientific research would take precautions to not let a bunch of Hollywood types wander around with camcorders and go rifling through filing cabinets, this was overkill.  All members of the crew had to sign Non-Disclosure Agreements in order to get IDs allowing them into the facility.  The operation was kept very secretive, with no press allowed on set and they used the working title ‘Project HH’ and ‘HH’ as code names when referring to the film and Paramount.  Vehicles could be subject to searches, and all foreign nationals had to be escorted into and out of the facility, and at all times while in the facility, to ensure they weren’t bearded fanatics trying to build dirty bombs.

According to internal DOE newsletters, Star Trek: Into Darkness filmed ‘many scenes’ at the Livermore lab.  These were mostly filmed at the NIF – the National Ignition Facility, a replacement for the Shiva laser used in Tron.  In Star Trek this doubled as the warp core and the engineering level. Another DOE record is an interview with LLNL Operations Manager Bruno Van Wonterghern which is largely redacted, even though you can read the whole thing on their website.  Bruno appeared as a background extra in one scene and was asked about the experience:

You took a special break from your job to don the “red shirt” for the production of “Star Trek Into Darkness.”

I took a small hiatus from my day-to-day responsibilities to be an extra on the movie. For my job, I’m always on call and am reachable at all hours on my pager or cell phone. Right before shooting began, the people in my department held a ceremony where they officially took my pager and cell phone away, and they told me “this [the movie] is your job for the next two weeks.” For those two weeks, we experienced what life would be like in a spaceship in the year 2259.

The production arrived with 80 trucks full of equipment and 400 people, turning an empty field near the NIF into a mini-city that became their base of operations while they were here with us. They turned a laser facility into a spaceship in a matter of a few days. It was a beehive of activity from the moment they arrived until filming was over two weeks later. Then in an instant they were gone. The field was empty once again and it was hard to believe they’d even been here.

When I was a kid watching the Star Trek series on TV every Saturday night, who knew that one day they’d be filming Star Trek here at the NIF, and that I would end up in the background of a couple of shots that made it into the movie!

It was an amazing experience AND I got to keep the red shirt!

Was the process of making movies completely alien to you?

In the grand scheme of things, we are “science” and the movie-makers are “art.” Those worlds are closely coupled. Science can be beautiful, interesting and intriguing, just like art. There is a symmetry and creativity to both. Watching the crew work, I saw a similarity to the world here at NIF. Inside the facility, they ran miles of cable and staged equipment with efficiency and precision that mirrors how we operate. They are all driven and motivated—just like we are. They had the same closeness on the crew that I see with our teams here.

Amidst the jocularity is a truly bizarre statement – ‘For those two weeks, we experienced what life would be like in a spaceship in the year 2259’.  No, they experienced what it would be like converting their giant laser, which they are very familiar with, into a movie set for a spaceship in the year 2259.  Likewise Ed Moses, the director of NIF, said:

One thing you have to remember about Star Trek – what was their objective? Exploring new worlds. So here we can explore them. Behind me we have been to the centre of Saturn.

These sorts of lazy, fantastical statements speak to a less-than-scientific mindset among the people responsible for running one of the world’s premier scientific institutions.  Were they just starstruck?  Were they overwhelmed by the excitement of a Hollywood movie crew being in their midst?  Why is it that when it comes to the promotion of science, any pretence at sane, factual, rational thought goes out the window and is replaced by science fiction – either of the utopian kind (Star Trek) or the dystopian kind (predictions of the imminent apocalypse)?