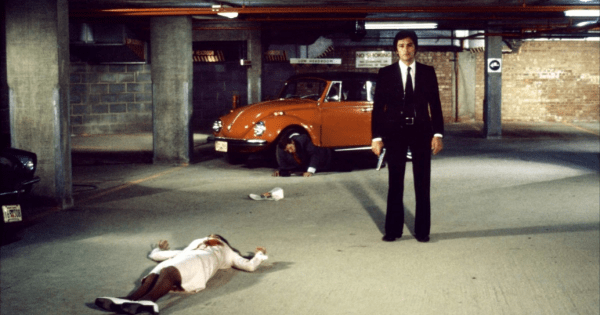 ‘We only show the CIA killing nasty agents’ – Michael Winner

While I have written about 1973 thriller Scorpio before, documents made available on the CIA CREST database shed new light on this, the first movie to film at Langley.  The CIA were not just spying on media coverage of the film as it developed but also had assets within the MPAA keeping an eye on things.

The filming of Scorpio at Langley

The CIA were first approached in February 1972 by Senator John Tunney on behalf of production manager David Silver, with a request to shoot at CIA headquarters.  According to one CIA memo Arthur B Krim, Chairman of United Artists and a ‘personal friend’ of director Richard Helms also encouraged Helms to grant permission, which he did.  A couple of weeks after these requests a CIA contact at the MPAA – Ed Bigley – phoned up to ask if Helms’ office had inquired about the movie.  According to diary extracts from the CIA’s Pictorial Services Branch:

Bigley said that the Director had asked Leo Hochsteader, a senior official at MPAA, about the film.  Mr. Helms lives in the same apartment building as Mr. Hochsteader.

At Thuermer’s request [redacted] escorted the group to the DSPD theatres 1E74 and 1E75, where Mr Kellerman measured door openings, “Restricted Screening” sign and generally asked about the operation of the theater curtains and related equipment…

…At one point Mr Silver asked Mr Thuermer about the availability of a copy of the corridor diagrams that were affixed to the theater doors.  Thuermer said he would inquire with Security on that question.

In June ’72 the filming took place at Langley, just as a group of ‘former’ CIA agents broke in the Watergate (director Michael Winner was actually staying across the street at the time).  Word of this leaked out and Winner was interviewed about it by the London Express and naturally the CIA got a copy of the article.  Winner said:

We only show the CIA killing nasty agents.  Young people in America think the CIA should not exist, but that is naive.

Before describing the CIA officers as:

Terribly charming and cheerful and gentlemanly at all times.

The April diary entry also makes it clear the film had been renamed from Danger Field to Scorpion and that Thuermer knew this (and thus so did Helms, presumably).  Simon Willmetts has suggested that Scorpio was something of a blunder for the Agency because the film portrays them in such an evil light – as is common in 1970s thrillers.  While he is correct that none of the CIA documents indicate that they actually read the script before granting permission to film at Langley, this new document proves that they did know it had changed its title from the mundane sounding ‘Danger Field‘ to the much more menacing ‘Scorpion‘ (later Scorpio).  As such they had some idea how the film would portray them, but went ahead and granted permission anyway.

This is important because it adds weight to the idea that the CIA granted some kind of formal assistance to the makers of Three Days of the Condor.  The notion that in the 70s that the Agency might actually have enjoyed being portrayed in a dark and evil way is counter-intuitive.  They were coming under increasingly scrutiny for their various criminal actions and logically should not have been supporting movies that made them look so bad.  Another diary entry from a year later, in March 1973, highlights how Scorpio really did not portray them as a clean, upstanding government body like The F.B.I. did for for the real-life Bureau.

[redacted] called Ed Bigley, MPAA contact in Washington, concerning request for loan of a film scheduled for local showings in April.  During the conversation Bigley indicated that United Artists’ production “Scorpion” had screened yesterday at MPAA headquarters and, according to Bigley, “didn’t treat the Agency well at all”.  Bigley volunteered to call me if and when a second screening is scheduled at the MPAA.

So, was this early step towards embracing Hollywood more closely a misadventure, or a calculated move on the part of the Agency?  Did they genuinely not realise how they would be portrayed or were they willing or even happy to be shown ‘killing nasty agents’?