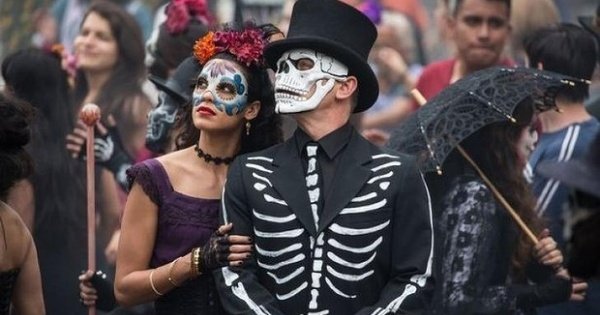 The new James Bond film SPECTRE is spending money like a drunken sailor on shore leave.  Costs have spiralled well over $300 million, making this the most expensive Bond movie ever and one of the top three most expensive films ever made.  Documents from the Sony hack of last year show just how serious the problem is.

This is not the first time that the Bond franchise has run into financial difficulty.  The films have always made a profit, usually taking a little over three times their budgets at the box office, but their parent production companies have experienced numerous difficulties.  In the 1970s Harry Saltzman, the former Psychological Warfare Bureau operative who co-founded the franchise, had money troubles and sold his shares to United Artists.  The Broccoli family bought those shares back in the 1980s, but with a cushy distribution deal going to MGM.

Despite this, MGM had various problems and were themselves bought by Sony in 2004.  Even though the rebooted Bond franchise has done extremely well, MGM are still struggling, which led to delays in Skyfall and, presumably, the concerns over the forthcoming SPECTRE.  A memo dated October 2014 details a meeting between MGM and Sony executives on how to control costs: As revealed in a leaked draft of the shooting script, the sequence in Mexico is the opening part of the movie.  We will no doubt be launched right into the action with Bond in the middle of a dangerous assignment that may, or may not, have anything to do with the rest of the film.  According to the script for SPECTRE there is no plan to repeat Skyfall’s trick of killing Bond in the opening reel: As such, the Mexican government paid at least $14 million and possibly as much as $20 million for the Bond producers to rewrite the opening of the film.  Their demands?  That the first Bond girl in the film be a ‘known Mexican actress’, that the initial villain ‘cannot be Mexican’, that the Mexican Governor is changed into an international leader, that the opening sequence is at least 4 minutes long and features modern Mexico City buildings.  Oh, and for some reason it has to feature the Special Police Force, because the Mexican police of course have nothing better to do than to be extras in a spy movie.

The mystery is: where is the money coming from?  As this analysis shows, the known Mexican Film Commission programs like EFICINE could only account for, at most, a couple of million dollars out of the $20 million implied in emails that circulated shortly after the October memo: Given that this email came after the MGM-Sony meeting which talked about $14 million, we can only assume the $6 million mentioned here is additional to that.  So where is this money coming from?  The only other program the Mexican Film Commission runs is the Proaudiovisual Fund (ProAv), which rebates 17.5% of production costs.  But to get up to $18 million from that fund, the producers of SPECTRE would need to spend over $100 million in Mexico for just the opening sequence of the movie.

Given that the extra $6 million mentioned in the movie appears to be conditional entirely on the producers ‘continuing to showcase the modern aspects of the city’ and mentions continued scouting for such locations, this isn’t a rebate for production spending.  It is essentially a product placement, just like the Sony and Heineken deals mentioned in the same email, but the product is Mexico City itself.  The implication is that this was a special package put together for this particular film, outside of the existing grants and incentives provided by the Film Commission.

I wonder – what is the difference between paying Sony/EON/MGM $20 million to show off the parts of your city that you like, and the sequence in The Interview where the main characters are shown a fake grocery store and a fat child to fool them into thinking North Korea has no food shortages?

The irony – that these emails and this memo and script were made available due to a hack blamed on North Korea – should not escape anyone.  You can download these documents here (RAR).