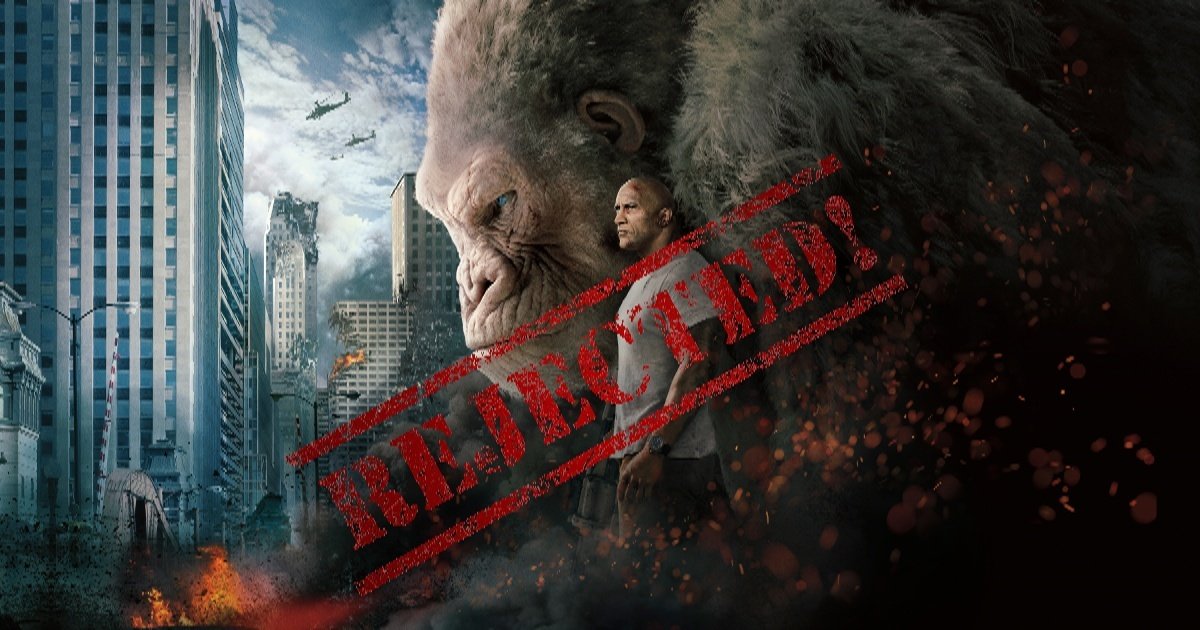 Space Force, Skydives and Rejecting Rampage: What is the US Army Doing in Hollywood?

The latest reports from the US Army’s entertainment liaison office show surprisingly few examples of them providing production assistance to films and TV shows.  Instead, they appear to be spending the majority of their time arranging PR events, cosying up to studio executives and monitoring how the military is portrayed in popular entertainment.

Compared to previous releases, there is a noticeable absence of support to the entertainment industry.  Indeed, though the reports cover (albeit in a patchy way) January 2017 to September 2018, they supported only one major movie in that period.  That was Horse Soldiers a.k.a. 12 Strong and documents are coming soon. One film the Army rejected was Rampage – a giant monster disaster movie starring The Rock and a lot of CGI.  Earlier reports record how in July 2016:

Warner Brothers Studio Meeting: █████ and LTC ███ met with █████████ the VP for Public Affairs, to discuss the upcoming project “Rampage”, based off the 1986 video game. The meeting also consisted of the director, producers, and a production executive. The project is very early in scripting phase, and they were looking for guidance and advice for the portrayal and participation of the Army. They will provide an updated script for review.

However, the film never qualified for military support.  A new addition to the entertainment liaison office reports is a section titled Army Representation in Widely Distributed Entertainment Projects, which records films and major TV shows that depict the Army, divided up into those that gained Army support, those that had other DOD support, and those that had no DOD support.  Rampage is listed in this section, saying:

Background: OCPA-LA reviewed two versions of the script and met with the director and Warner Bros.’ VP for Public Affairs and declined to support the production. The decision to decline support was based on the failure to incorporate script notes provided by OCPA-LA into the revised draft of the script. The notes provided dealt with creating a more accurate depiction of the U.S. Army and the Army National Guard in the production.

In the scripts provided to OCPA-LA, nearly all Army and Army National Guard personnel and equipment were killed or destroyed by the genetically altered animals with no chance of success in their missions. The overall chain of command structure was inaccurate, and the Army characters were based on inaccurate stereotypes of the Army.

As Phil Strub has said before, it’s not like there are war plans for how to deal with the threat from giant monsters so exactly how the film portrayed the US Army inaccurately is a mystery.  They have never had to deal with a giant albino gorilla, a giant flying wolf and a truly giant alligator laying waste to Chicago, so it is anyone’s guess how they would actually respond.  Nonetheless, they tried to make changes to the script and the producers refused, so Warner Bros. deserve some credit for that.

Several of the entries in this section of the reports mentions how the film-makers hadn’t requested support, so rather than wait and see the Army went to the film-makers to offer their script rewriting and political censorship service, with the reports saying:

Neither OCPA-LA nor OSD-PA were approached for support for this project. OCPA-LA has reached out to the production company to offer assistance if needed/desired.

The US Army’s Never-ending outreach efforts in Hollywood

Having been left at a bit of a loose end due to the lack of requests for production assistance, the staff at the Army’s entertainment liaison office spends a lot of their time schmoozing and arranging outreach events to try to engage with Hollywood.  One such even was a skydive show by the Army’s Golden Knights, with the reports noting:

USAREC Meeting: OCPA-LA met with █████ and ██████ from USAREC to discuss an upcoming outreach event they are putting on at Skydive Perris in Perris, CA. This event will focus on tandem jumps with the Golden Knights and include influencers from VSOs/MSOs, celebrities, and others. MG Snow will be in attendance. OCPA-LA will support the event by assisting in coordinating media and celebrity presence.

The Army is continuing to send employees to various panels and other industry meet-ups, and one entry on a major expo is quite revealing:

2018 AUSA Global Force Symposium and Exposition: ██████ will attend the event in Huntsville, AL from March 26 to 28 To meet and network with representatives from attending organizations, as well as those permanently assigned to Red Stone Arsenal, to facilitate coordination of DoD supported productions. Having points of contacts at Army organizations on the cutting edge of new technologies and capabilities; such as Army Materiel Command and its subordinate commands, Program Executive Officer, Aviation, and Space and Missile Defense Command; is critical OCPA-LA’s mission. Additionally, having a knowledge of the emerging technologies and capabilities and the organizations involved with them will allow OCPA-LA to determine support of projects and pitch ideas to production companies to support Army and DoD messaging.

Remember how the military is supposedly playing a passive role, merely waiting for requests from producers for various kinds of support?  They aren’t supposed to be attending expos in order to gather information which they then pitch to production companies.

A similar event that is clearly jumping on Donald Trump’s Space Force bandwagon took place this summer, with the reports recording:

GLAC AUSA “Space and the Network” Symposium, Huntington Beach, CA: OCPA-LA is assisting the Greater Los Angeles Chapter of the Association of the United States Army (GLAC AUSA) in hosting a multi-domain discussion on 22 June with participation by USASMDC/ARSTRAT, ARCYBER, the Army CIO/G-6 and AUSA National to analyze the nexus of space, cyber EW and the network. The purpose of this symposium is to facilitate a dialog on how to secure the ultimate high ground — SPACE. The symposium will provide a forum for an open dialog between the Army, the established Defense Industry and non-traditional partners, including academia.