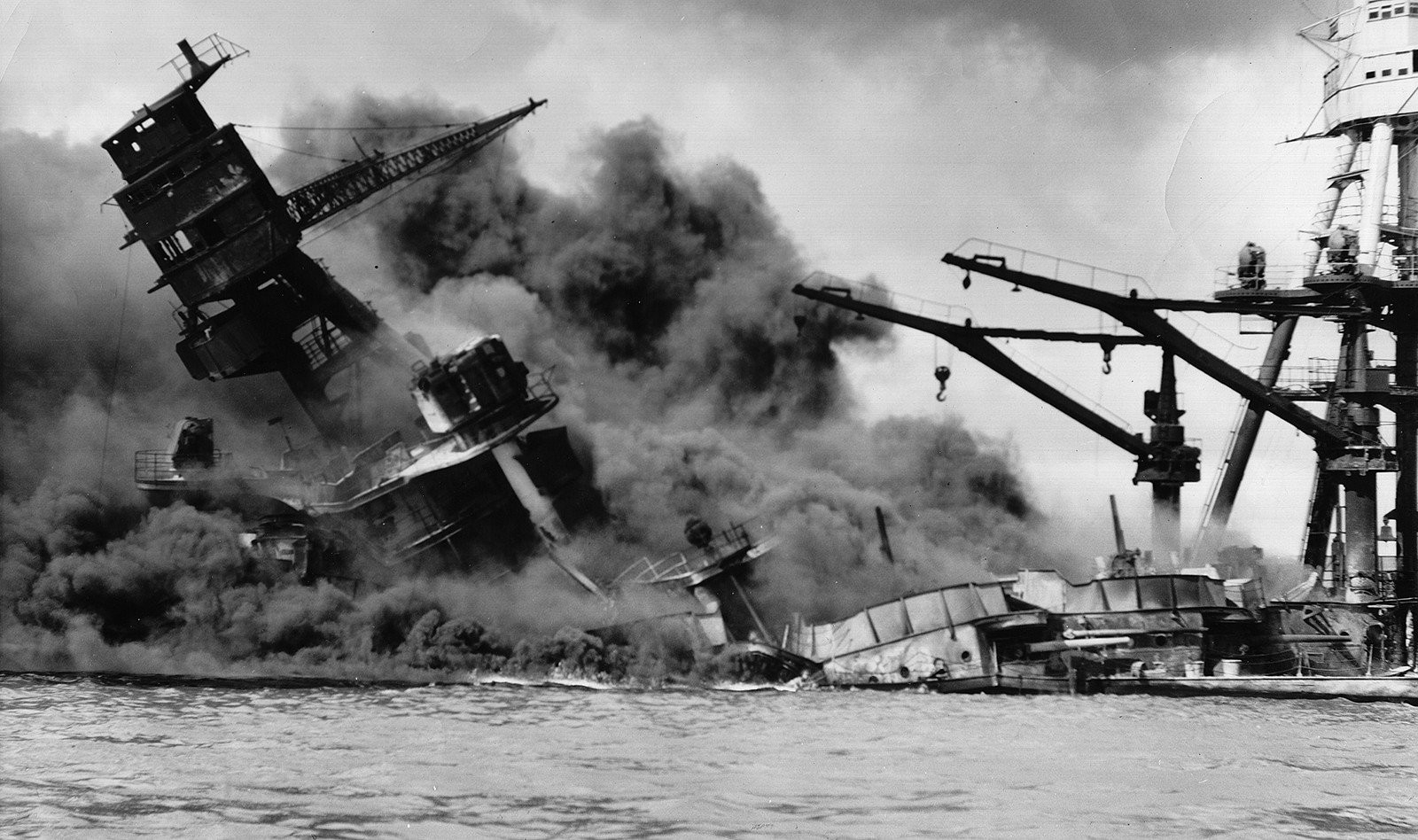 I’ve been spending some more time going through the Pentagon Film Office file on Pearl Harbor and among the numerous issues that plagued the script negotiations between the producers and the military was the role of a Japanese dentist, in feeding information back to Japan about ship movements and locations at Pearl Harbor.  This was based on a real-life event but the real dentist was not a spy, leading to objections from the DOD who were concerned about how this would go down among Japanese-Americans.  Nonetheless, the sequence did appear, in modified form, in the finished film.

The Pearl Harbor file is is one of the most extensive I’ve ever seen at over 250 pages, and I am no expert in WW2 so it is taking some time to piece together what all of these documents mean.  In a draft script (possibly this one) we see a conversation between a Japanese-American dentist living on Hawaii and someone in Tokyo.  They talk very briefly about the number of sailors around, but also trivialities like whether the flowers are in bloom.

This call was intercepted by military intelligence via a phone tap, and ultimately reported to Admiral Kimmel, commander of the US fleet.  In the draft script an aide approaches him while he is getting a haircut, and blabs out everything in front of the barber.  One set of Pentagon notes says:

Barber shop scene with Kimmel: wouldn’t be discussing critical, classified matters in such an informal and nonsecure setting, especially with another person (barber doesn’t have a need-to—know) present. Recommend changing to Kimmel’s office or a briefing room. Also, the dentist was a real person. The implication is that there were Japanese-American spies, which was never proved and is also a red flag for their descendents in Hawaii and elsewhere. Recommend fictionalizing the identity, and increasing the authenticity per this dialogue…

The film’s production was under a tight schedule and they kept bringing in additional screenwriters, leading to a plethora of drafts and quite a lot of conflict with the DOD due to not knowing whether changes had been made or not.  It seems this also affected the executives over at Disney, who didn’t even know what was going on with the film.  After filming had wrapped, an email from early 2001 from Disney exec Tina Newman to historian Jack Green at the Naval Historical Center said:

I’d like to jog your memory back to when we were going to shoot a
“Dentist” as a “Japanese Spy” in the film Pearl Harbor. Bruce  mentioned that you may recollect why we didn’t shoot the scene….maybe something to do with the fact that the scene represents a real person? Does this ring a bell. Any feedback you can give me would be helpful. Thank you.

Green responded by outlining the history of the real event:

Yes. this scene was loosely based on a real incident and there was
some concern about adverse reaction in the Japanese-American community, and even possible litigation.

This incident is sometimes known as the “Dr. Mori” intercept. On 3
December a telephone wiretap had overheard a Japanese-American dentist’s Wife, Mrs Motokazu Mori, in a conversation with a Tokyo newspaper reporter. They were having small talk about what the conditions were like in Hawaii, flying aircraft overhead, and the presence of large numbers of soldiers and sailors. Further references to flowers were initially though to be possible code words for battleships and carriers. The FBI had translated this intercept on 6 December, and brought it to the attention of military/naval intelligence and Gen Short that afternoon.

Although Dr. Mori was on the FBI’s “list of suspects”, research by
historians has shown no direct evidence that this was anything other than a purely innocent telephone conversation, with no intelligence motivation or value. At that time the Japanese had their own spy giving them the precise information they needed; and did not need any amateur Japanese-American help. To put the scene in the movie could make it vulnerable to:

1. The accusation that Pearl Harbor is inferring that members of the
Japanese-American community in Hawaii knowingly contributed to the planning and success of the attack, something that has never been proven.

2. The objection of Mrs Mori’s family to their relative being
portrayed as a possible spy, when in fact that was not the case.

At best, the scene, as it was written, could cause hard feelings
amongst the Japanese-American community and the Mori family, along with the resulting bad publicity for the movie. At worse, there could be possible legal action by these or other groups.

However, a version of this sequence does appear in the finished movie (though I can find no indication that it was added in post-production, it seems Tina Newman and Bruce Hendricks at Disney were simply wrong that the scene hadn’t been filmed).

In the finished version, it is the dentist himself who answers the phone, not his wife, and the conversation is with someone he doesn’t know who simply asks him a few questions and then hangs up, to which he responds ‘That was a strange call’.  The information is intercepted by military intelligence and the aide approaches Admiral Kimmel at the barbershop.  But – critically – he asks Kimmel to step outside and speak with him privately, and doesn’t spill the secret information to the barber who doesn’t have a need-to-know.

The dialogue then continues along almost the exact lines suggested by the Pentagon, right down to Kimmel’s line saying that the Japanese fleet ‘could be rounding Diamond Head right now and we wouldn’t know a thing about it.’

This is a bizarre hodgepodge of the original script, including the barbershop, and the Pentagon’s demands that they fictionalise the incident to avoid upsetting Japanese-Americans in the audience.  After all, Mr Mori and his wife weren’t Japanese spies, and the Japanese had their own spy in their consulate on Hawaii and, as Green put it, didn’t need amateurish Japanese-Americans to tell them about ship movements at Pearl Harbor.

So why include the scene at all?  It has no bearing on the plot and even in its rewritten form still implicates Japanese-Americans in the attack on Pearl Harbor.  It’s almost as though the film-makers determination to tacitly incriminate Japanese-Americans was so great that they shoved these scene in regardless, and the DOD either didn’t realise or didn’t care that a quick rewrite wouldn’t remove that false (and potentially offensive) implication.

Let me reiterate: Dr Mori and his wife were totally innocent, just a couple of regular Japanese-Americans living on Hawaii who got a phonecall from a journalist in Tokyo and had a mundane conversation.  While the DOD insisted they rewrite the scene to fictionalise it somewhat in the hope of avoiding offending audiences, they ultimately allowed a version of this misleading scene to appear in the film.  They could – as they did with other scenes and moments – insist the film-makers remove it entirely.

One last point – in reality it was the FBI who intercepted and translated the Dr Mori phonecall, but in the film the tap is run by military intelligence.  Given the FBI’s aversion to ever being depicted as running wiretaps and other electronic surveillance, I do wonder if the wiretap in Pearl Harbor was switched to an Army tap at the FBI’s request.