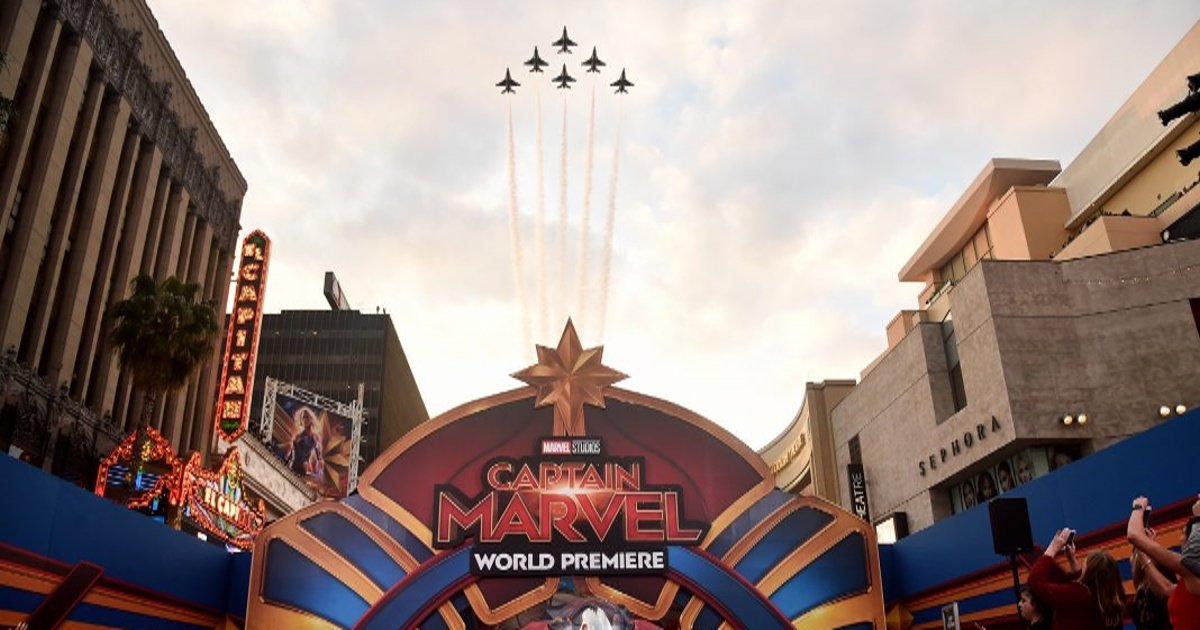 Yesterday, LA Magazine published a piece on the military and Captain Marvel and – I’m pleased to say – they used this site as a research source. After years of researching, speaking and writing about Marvel’s relationship with the military it seems the word has got out, and I for one am very glad that the relationship between the Pentagon and the world’s biggest film franchise is becoming public knowledge.

The LA Magazine piece is a fine overview of how the US Air Force is using Captain Marvel to recruit more women, as long as you ignore the pointless jabs about ‘angry white men’.  No doubt they wouldn’t be so dismissive of angry white women, but such is liberal media and identity politics.  Despite this shallow framing, the rest of the article is a solid exploration of how the apparent feminism of Captain Marvel is undermined by it being a piece of PR and recruitment propaganda for the Air Force.

Over the course of the production, the Air Force gave the film access to Air Force historians, Edwards Air Force Base, and Air Force-operated F-15Cs, according to Lt. Col. Nathan Broshear, director of the Air Force Entertainment Liaison Office, who was the project lead officer for Captain Marvel. During the film’s pre-release marketing, the Air Force performed at least two flyovers to publicize its opening, one at Disneyland and another at the Hollywood premiere. Broshear says that “all costs are passed on to the production company.”

For the most part, people seem pleased with the movie’s feminist message (angry white men excluded), judging by early box office returns. But as long as the Department of Defense can pick and choose which films to support while offering a cheaper, more authentic alternative to costly CGI, some worry that Captain Marvel’s feminism has become a Trojan horse for military propaganda.

“They’re killing a few birds with one stone with Captain Marvel,” says Dr. Roger Stahl, a professor of communication studies at the University of Georgia who studies the relationship between Hollywood and the military. “They’re recruiting, they’re rehabilitating the image of the Air Force, and they’re appealing to an elusive but desirable demographic”—namely, women.