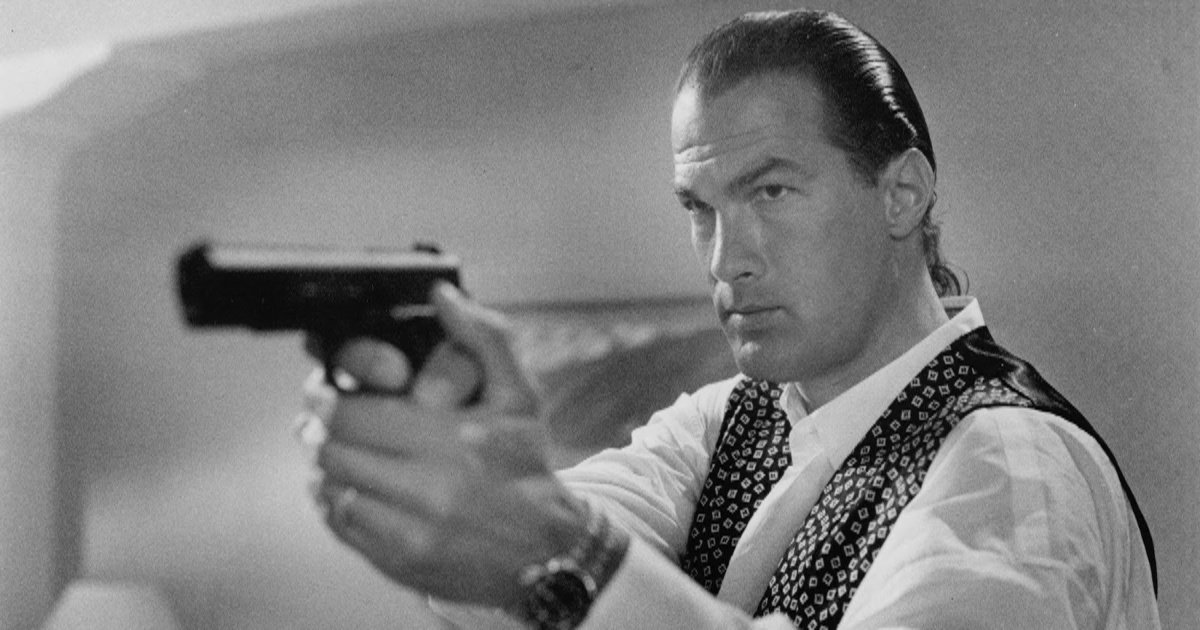 Steven Seagal and the Geneva Convention

1996’s action thriller Executive Decision may be light on action and lacking thrills but it is notable for one thing – the script violated the Geneva Convention and led to the Pentagon temporarily withdrawing support for the film.  When the producers initially approached the DOD they were told that military assistance was ‘out of the question’.  After a lengthy rewrite, the Pentagon agreed to support the movie, but then one late script change nearly scuppered the deal, and with it the movie.

Executive Decision tells the story of a passenger plane hijacked by Islamic terrorists who plan to either blow it up in mid-air over Washington DC or dive-domb the plane into the city.  If any of this sounds eerily familiar, that’s because it is.  A team of US Army special forces are flown up to the plane in a stealth aircraft and moved over to the hijacked plane using an Inspector Gadget-style extending tunnel.

This aircraft doesn’t really exist, and this technology almost certainly wouldn’t work but this total lack of realism at the core of the plot didn’t bother the DOD.  They were more concerned with the Army special forces characters looking good and kicking ass.  However, after the military approved support in mid-1995 the producers made one more change to the script which almost destroyed the agreement with the Pentagon, which could have prevented the film being made.  A letter sent from the DOD project officer to the producers in late June 1995 explained the problem. The issue was that the script had been rewritten to provide a new introduction for the Travis character – a special forces team leader played by Seagal.  The opening of the movie shows the team busting into a Chechen mafia safehouse, looking for a stolen Soviet nerve agent.  It appears they rewrote this to have Seagal’s character in a James Bond role, undercover in civilian clothing inside the safehouse.  This is in violation of the Geneva Convention, which states that soldiers must be in uniform in order to be recognised as such, and thus treated according to the convention and its treaties.

Of course, in reality special forces operators often wear local civilian clothing to blend in, they don’t run around the streets of Homs in full camouflage waving a US flag.  But the US military has to be seen to be behaving in accordance with the Geneva Convention, even when in reality they don’t.  As a result, this aspect of the script was changed and military support was provided.  Yet another example of positive depictions trumping realism when it comes to the entertainment liaison offices.