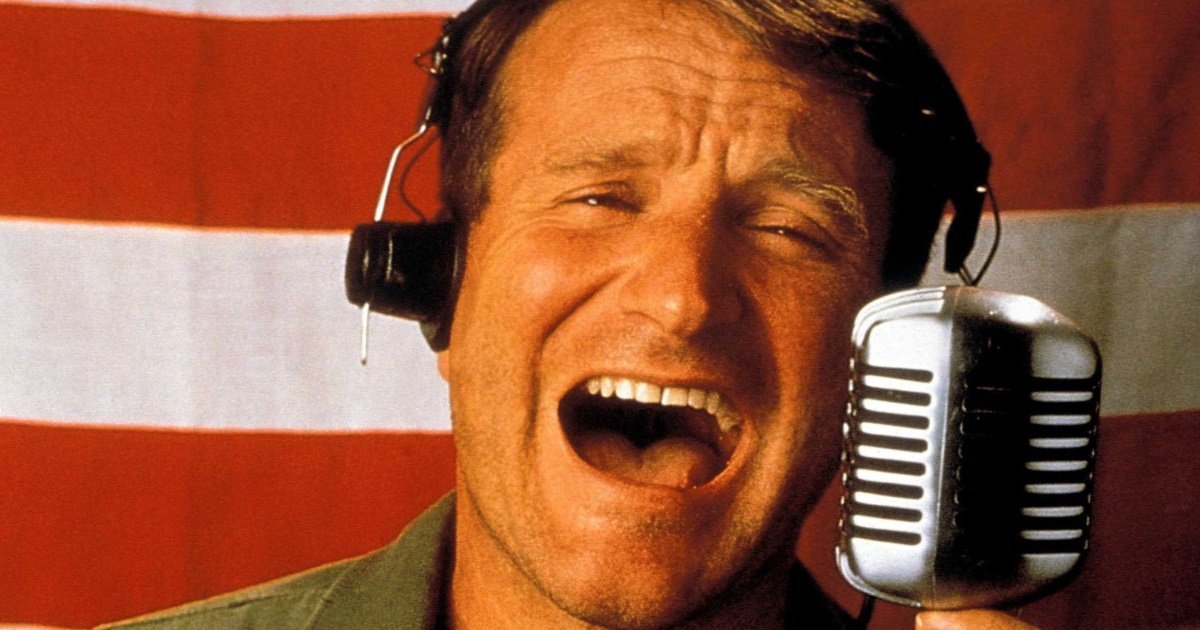 Swearing, Drugs and Ethnic Stereotypes: Why the US Military Rejected Good Morning, Vietnam

Good Morning, Vietnam is perhaps the most popular Vietnam war film ever made.  Loosely based on the real life experiences of Army Forces Radio Service DJ Adrian Cronauer it takes a sideways look at the war that is often sardonic and satirical.  The US military’s file on the movie reveals the various reasons it was rejected for military support – ranging from swearing and soldiers smoking marijuana to special operations troops scalping the enemy.  The Army said that a ‘total rewrite’ was needed for them to reconsider.

In August 1985 the producers sent a brown suede portfolio to the Pentagon containing their script and requests for support.  These were forwarded to the Army and they reviewed the script.  In late August Don Baruch phoned the producers to inform them of the reasons the Army has refused to help with the film, following up with a letter the next day.  It says:

The Army, as you will note, doubts that revisions would make the script “Good Morning Vietnam” acceptable…

…The implausibility and overall effect would require close consultation with the Army in rewriting which probably would be a total one.

An Army memo attached to the letter outlines the specific problems, which ranged from the ‘minority characters are portrayed in the most appalling ethnic stereotypes’ through to the ‘barbarism of the SOG teams members’ including taking scalps, killing water buffaloes and committing atrocities against enemy prisoners of war.  They also didn’t like the depiction of their soldiers swearing and doing drugs, and they accused the script of being ‘trite and hackneyed’. The tone of the military’s response was that even a total rewrite might not be enough to secure DOD support.  Reading between the lines they were saying no film based around an illegal SOG team committing war crimes was going to win their favour, so the producers did not attempt a rewrite to mollify their concerns.  Though they did ask for their brown suede portfolio back.