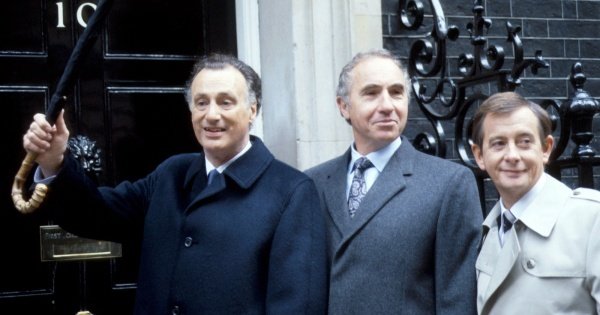 The latest batch of documents released by the UK National Archives includes a file on Prime Minister Margaret Thatcher’s visit to Northern Ireland in December 1982.  Buried within the documents is an exchange about the quality of Army overboots provided to the Bessbrook barracks in County Armagh.

Complaints about the poor durability of the boots from members of the Coldstream Guards had made their way to the Prime Minister.   When she asked the Ministry of Defence for more details their response was so late and so poor than in Thatcher’s own words ‘Seldom have I received a more unsatisfactory letter’.  The MOD assured her that there was no problem with the boots because they had never received any complaints about them before Thatcher’s visit to Northern Ireland and so ‘if this were a real problem, reports to this effect would have emerged before now’.

Thatcher’s handwritten notes on this letter, aside from expressing her rage at the letter being very late and evasive, describe it as ‘a bureaucratic gem’ and say that she would ‘show this to Anthony Jay’, the co-writer of the popular BBC sitcom Yes, Minister and its sequel Yes, Prime Minister. 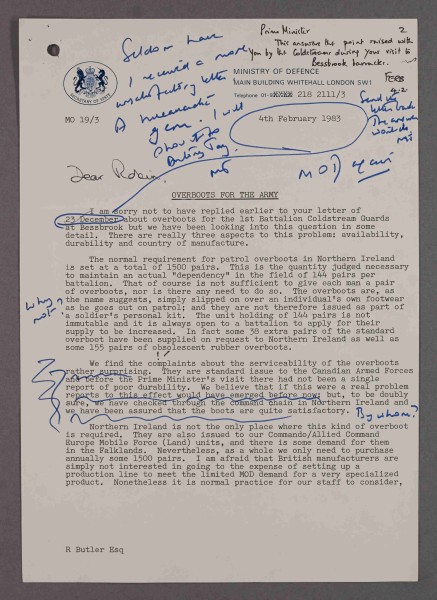 While it was already well known that Thatcher had a relationship with the writers of the show, and that she was a big fan of the show (as am I), the fact that she was sharing papers from within the system with the writers explains how it is that the show so closely replicates real events, and the real tone and style of real life official discussions.  You download the exchange about the boots here (PDF file).