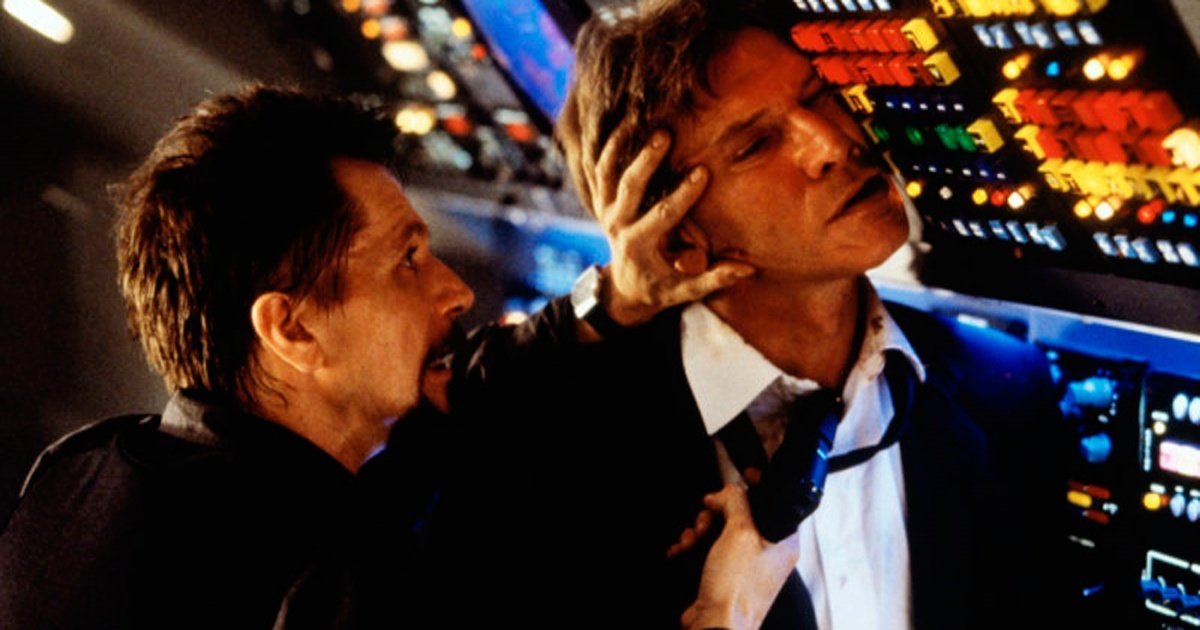 Air Force One is one of the great military commercials disguised as a feature film.  Laden with Russophobic rhetoric and corny dialogue about the heroism of the US military, it ticked every box for the DOD so they granted it full production support.  The Pentagon’s script notes for the movie outline the changes they requested in exchange for this support, ranging from the removal of any references to Delta Force, to asking that the traitor be changed from a Secret Service agent to a White House official.

The DOD also said that all the dialogue referring to Delta Force be changed to ‘generic special forces’ rather than anything that was ‘branch specific’.  These changes were highlighted with asterisks indicating showstoppers – i.e. aspects that needed to be changed or military support for the film would be withdrawn.  This is markedly different from the current situation, where there are no end of films and TV shows about specific special forces units, most obviously Navy SEALs.  Back in the 1990s, they didn’t want films to distinguish between the special forces of different branches.

Two other changes didn’t even relate to military characters.  One says:

Pg 60, NATIONAL SECURITY AGENCY, LISTENING POST — Doesn’t have to be a model, but why “grossly overweight?”

The other concerns the traitor who helps the rogue Russian faction hijack Air Force One.  The note reads:

*Pg 5, SPECIAL AGENT GIBBS – the bad guy/traitor can’t be a Secret Service agent. Must be Chief of Staff or other White House appointee.

Exactly why the DOD were stepping in to act as PR agents for the NSA and the Secret Service isn’t clear, but it follows a pattern from other films, including Countermeasures (rejected in part due to the portrait of the White House) and Clear and Present Danger (rejected by the Marine Corps due to a story centred around a presidential conspiracy) and Man of Steel (where the DOD insisted the writers change the scene where the FBI raid the Daily Planet newroom, to make them less like ‘thugs’).

However, despite being marked as a showstopper this change wasn’t made, and in the final film the traitor (Gibbs) was still a Secret Service agent.  Perhaps the DOD forwent this one script change because it didn’t affect the military portayal in the film, which was overwhelmingly positive.  This is a sign that if you make sure to praise the military and conform to their PR expectations then you can get away with a few things.

The DOD’s database entry on Air Force One is quite misleading, saying that the ‘changes to script nearly all minor and technical in nature’.  In reality, most of the changes were motivated by political and PR concerns, not matters of technical accuracy.