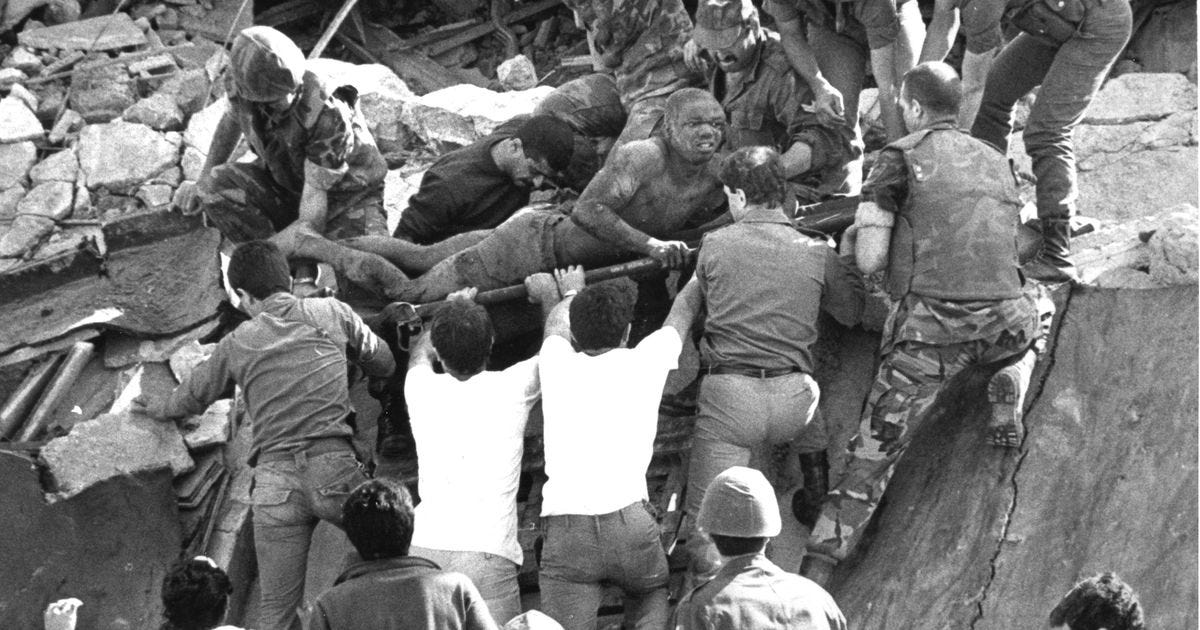 The US military’s negotiations on the 1980s Clint Eastwood vehicle Heartbreak Ridge were protracted and complex, resulting in numerous changes before the movie could be approved for Pentagon support.  This included changing Clint Eastwood’s character from a soldier to a marine after the US Army rejected the script, but then having to rewrite his backstory to accomodate for historical accuracy.  By far the most politicised script change was to remove any hint of a connection between the bombing of the Marine barracks in Beirut in October 1983 and the US invasion of Grenada just days later.

Heartbreak Ridge tells the story of a grizzled military veteran who is put in charge of a unit of marines, whips them into shape and then leads them into battle during the invasion of Grenada.  The character was originally an Army veteran but after the US Army’s entertainment liaison office rejected Eastwood’s screenplay he went to the Marine Corps instead.  The Marines – known for being more flexible in their approach to movie scripts – were willing to support the movie but wanted the protagonist changed from a soldier to a marine.

The most political problem with the script is that it portrayed the US military invading Grenada just after the Beirut barracks bombing.  Though this is what really happened, the DOD did not want to draw a connection between the two events, or make it look like the Grenada invasion was a response to the Beirut bombing.  They insisted that the events be fictionalised.  As Eastwood commented in a letter to the DOD:

As to ”Grenada”, all references to Beirut were removed from the script even though we thought it was a rather silly request to ignore a fact of history.

It is deeply ironic that it was Eastwood who was accused of historical revisionism and butchery when in reality it was the DOD who insisted that the film misrepresent historical facts.