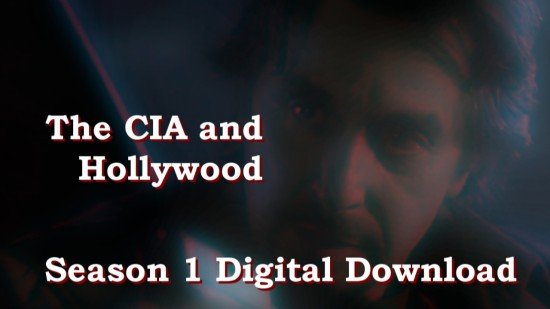 The first season of The CIA and Hollywood is now available as a digital download.  This groundbreaking podcast series explores the relationship between the world’s largest intelligence agency – the CIA – and the world’s largest entertainment industry – Hollywood.  In this first season we focus in on the CIA’s first Entertainment Liaison Officer Chase Brandon and his work on films like Meet the Parents, Meet the Fockers, Charlie Wilson’s War, Enemy of the State and The Good Shepherd.  We also cover other films that had CIA assistance such as Argo, and films that relate to this world like Wag the Dog and The Social Network.

For only £1.99 you get a convenient zip file containing:

* All 7 episodes in mp3 format, roughly 8 hours of material from what has already been called ‘a landmark in alternative media’.

* A high quality copy of the linkchart for the CIA and Hollywood season 1.

* A handy Guide to the whole season.

* Graphics from each show suitable for profile pics and desktop backgrounds.

* A selection of the core primary research documents that we used.

This is a great way to say thank you, to support the series and to help and encourage Pearse and Tom to continue producing the show. The zip file is 485MB and you can purchase it below:

After your purchase you will be taken to a link to download your copy of The CIA and Hollywood season 1.