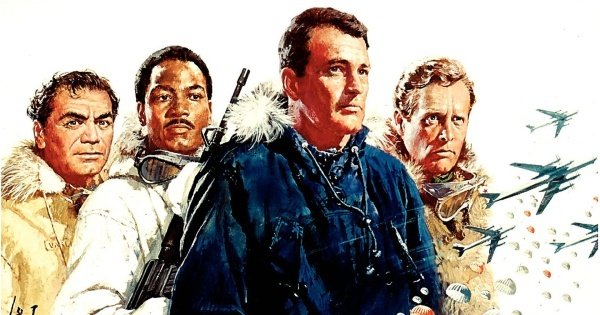 The CIA, the National Reconnaissance Office and Ice Station Zebra

The 1968 spy and counterspy classic Ice Station Zebra was inspired by a real life event during the CIA/Air Force Corona spy satellite program.  In April 1959 the satellite Discoverer 2 became the first to send a recovery capsule containing satellite surveillance imagery back to earth, but there was a problem.  The capsule landed somewhere near Svalbard, Norway, but was never found.  It is believed by some to have been scooped up by the Soviets, and an NRO report released decades later says this mystery was the basis for Ice Station Zebra.

The incident is legendary in the history of the Corona program – Discoverer 2 was the first such satellite to include a recovery capsule, and the first satellite to be put into a polar orbit.  A CIA-produced documentary outlined the program, including the mystery of the lost capsule.

This documentary explicitly says that Ice Station Zebra was based on the story of Discoverer 2 and a report from the National Reconnaissance Office agrees.  In the midst of the document – which describes procedures for declassifying old information, it lists a number of facts that could now be admitted publicly, including:

“Fact that” the DISCOVER-II capsule might. have been recovered by the Soviets after re-entering and returning to earth on Spitzbergen Island, and “fact that” Norwegian authorities may have provided credible evidence of that possibility.

“Fact of” the resemblance of the loss of the Discover II capsule, and its probable recovery by the Soviets, to the book Ice Station Zebra and the movie of the same name.

“Fact that” an individual formerly possessing CORONA access was the technical advisor to the movie Ice Station Zebra.

The full story of the origins of the film and how its development was critically altered by the Pentagon is coming on a future episode of ClandesTime.