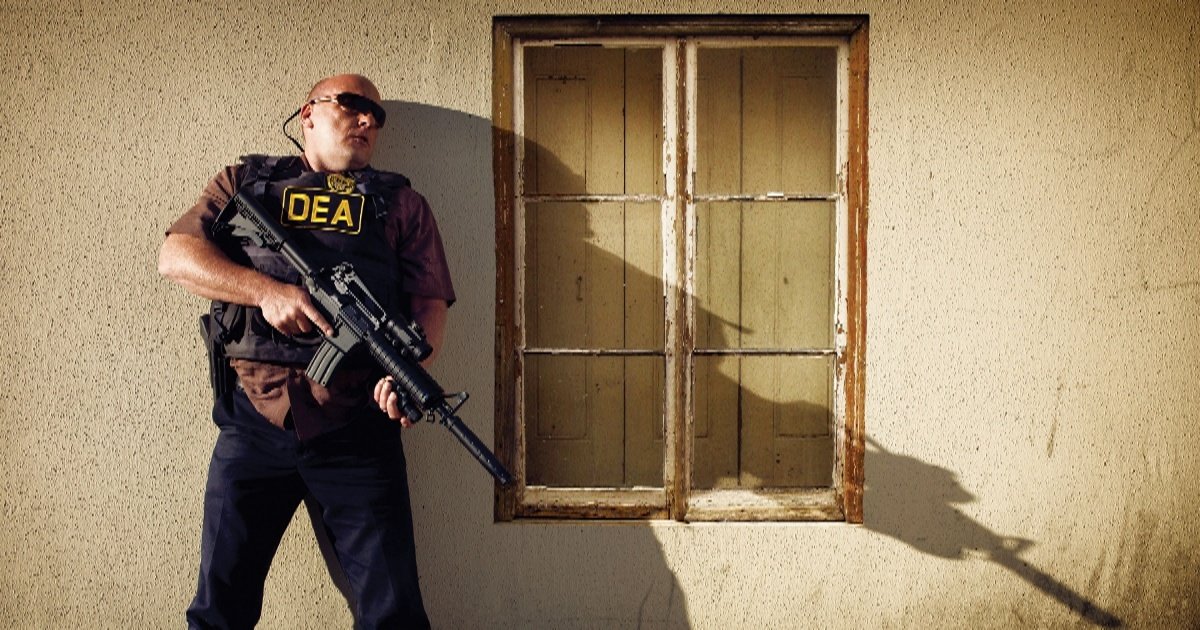 Despite its enormous popularity there are many problems with Breaking Bad – the utterly racist depiction of Mexicans, the glorifying of a sociopathic protagonist and that incredibly boring and pointless fifth season come to mind.  But what has never been discussed before is how the show functions as propaganda for the Drug Enforcement Administration, which likely explains why Hank never got a wiretap on Jesse’s phone.

The DEA are credited on dozens of episodes of Breaking Bad, both in the closing credits and on IMDB.  From the pilot episode through to the climax of season 5 the DEA provided consultants and production assistance.  As Bryan Cranston has recounted:

We informed them—with all due respect and consideration—that we’re doing this show, and ‘Would you like to be a part of it in a consultancy in order to make sure that we get it right?  They had the choice to say, ‘We don’t want anything to do with it.’ But they saw that it might be in their best interest to make sure that we do it correctly. So DEA chemists came onboard as consultants and taught Aaron Paul and me how to make crystal meth.

One question I always had about the storyline in Breaking Bad is why DEA agent Hank never taps Jesse Pinkman’s phone.  On numerous occasions he has probable cause, and seems to be able to get search warrants at the drop of a hat, but the notion of wiretapping Jesse’s communications is never even discussed.  From an investigative standpoint this makes little sense, but from the propaganda point of view everything becomes clear.

While the nearly 200 pages of contracts between the DEA and the entertainment industry (that I obtained under FOIA) never mention Breaking Bad, one of their most consistent clauses is a list of things that cannot be done under any circumstances.  These include:

Filming of a ‘live wire’, including filming where an individual’s communications are being monitored in any fashion.

Given the DEA’s sensitivity towards filming of wiretaps for documentaries and fly-on-the-wall reality TV shows it is a safe bet that they also don’t like ‘live wires’ being portrayed in fictional entertainment.  As such it’s is my contention that the reason why Hank never taps Jesse’s phone is because of the DEA’s involvement in producing Breaking Bad.