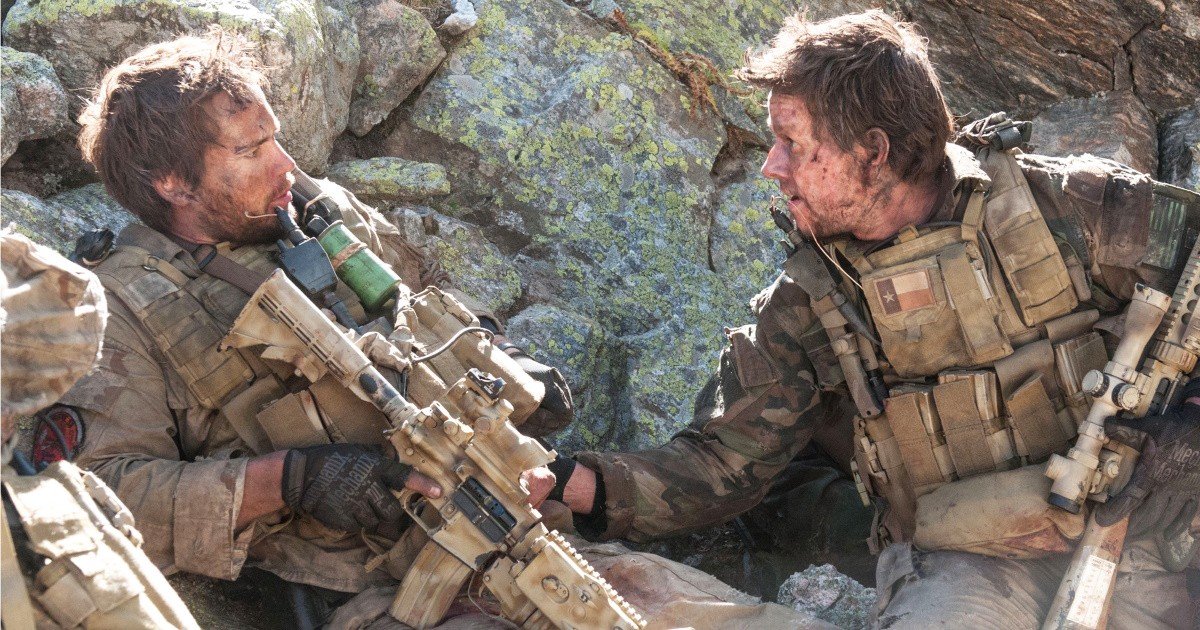 The DOD and Lone Survivor

Lone Survivor is a piece of absolute militaristic schlock, starring the whiny-voiced Marky Mark Wahlberg as Navy SEAL Marcus Luttrell – the only survivor of Operation Red Wings, a special forces joint operation in the summer of 2005.  Over 100 pages of Navy documents show their heavy involvement in the film and how they covered up for Luttrell’s grossly inconsistent and contradictory accounts of what happened.

The problem is that there are several irreconcilably different versions of what happened on the ground during Red Wings.  The four SEALs were sent in to do reconaissance on a local militia target, but were discovered on the mountainside by a group of goatherders.  After debating whether to kill them or let them go, they were ambushed by Taliban militia.  Three of the SEALs were killed, along with several troops on a helicopter sent in to rescue them, which was shot down.  This left Luttrell as the lone survivor.

The two key scenes that were changed at the Pentagon’s behest were:

According to Luttrell’s book and the film, the SEALs were discovered because they let the goatherders live.  A young boy who was with the herders ran down the mountain and apparently told the target, Ahmad Shah, who dispatched his men to kill the SEALs.

But according to an interview with Mohammed Gulab, the villager who found Luttrell and kept him safe until the US military could rescue him, this isn’t what happened.  Gulab says that Shah’s men knew of the SEAL’s presence in the area long before the goatherders stumbled across them.  Other reports suggest they found the fast rope the SEALs used when they first landed via helicopter, and hence realised there were US forces operating covertly nearby.  Luttrell has given contradictory accounts of whether there was a problem with the rope, leading to it being cut free from the helicopter and being left on the ground.  Sometimes he says they hid it under a bush, other times he’s said there was no problem with the rope at all.

The DOD’s script notes show that in the original script the writer went with the story of a problem with the rope, and of the SEALs being annoyed at having to hide it, but this was changed:

Pg 20 – CH-47 insertion: in the script, it’s dusk, the rope gets stuck, the aircraft “bucks violently,” the crew chief drops the rope, and the SEALS are very unhappy that they have to hide it “That helo crew was supposed to have taken the rope with them.” In the book, it’s pitch dark, the rope was “positioned expertly,” the SEALS egress without any problem, and no mention is made about the rope being dropped or not.

When it came to the ‘goatherder scene’ the original script contained a version much closer to the story in the book.  As the SEALs were overlooking the village where they suspected Shah was based, they were discovered by three local goat herders. The SEALs captured them, and debated whether to kill them, leave them tied up on the mountainside, or let them go and risk being discovered by Shah’s men.

In Luttrell’s book, a major obstacle to killing the three unarmed prisoners was being attacked by the ‘liberal media’ back home once the story got out. Luttrell recorded how they discussed committing a war crime and then covering it up by simply lying about it after the fact, then took a vote on what they should do.

In the military’s rewrite, the four never mention the ‘liberal media’ (Luttrell briefly mentions them being on CNN), only briefly discuss the threat of prison if they get caught, and don’t take a vote on what to do. Team Leader Mike Murphy makes the decision to let them go, leading to the SEALs being discovered and attacked by Shah’s militia.

The military’s script notes make clear they knew they were contradicting Luttrell’s book by rewriting the scene:

While maximizing historical authenticity is our mandate, we share responsibility for the reputations of the four SEALS and to their families’ memories of them.

The Pentagon not only depoliticized the goatherder scene and covered up a conversation about committing a war crime, but by changing the fast rope scene they ensured the only reason for Shah’s men to discover and ambush the SEALs was when the boy ran down to the village to tell them about the American soldiers on the mountainside.  This placed all the blame onto the goatherders and Shah, making the decision to free the goatherders look like the wrong call. The military’s changes to the film meant it implicitly endorsed a war crime.

Ultimately, the Navy and the DOD were delighted with the outcome, with one report from the Army’s entertainment liaison office describing how:

Audiences going to see the film will voluntarily sit through a two-hour infomercial about the participation of Army Special Forces in one of our many joint missions.

US Navy file on Lone Survivor