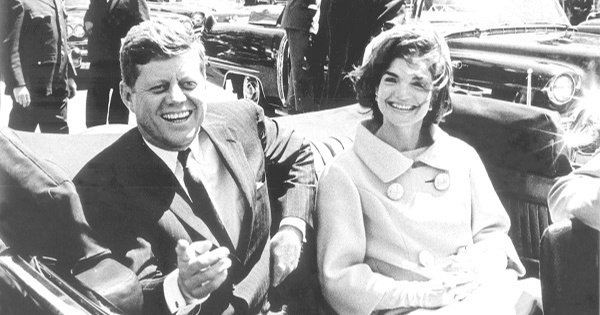 As legend has it the night before the John F Kennedy assassination both Lee Harvey Oswald and JFK were reading spy novels by Ian Fleming.  It’s certainly within the realms of possibility.  What we do know from the FBI’s files on Oswald is that two of Fleming’s James Bond novels – Live and Let Die and The Spy Who Loved Me – were found in Oswald’s room in the rooming house at 1026 North Beckley Avenue, Dallas.

The FBI file contains numerous citations of the Fleming novels, but according to one document no further action was taken regarding these items.  The Bureau even received a letter including excepts from an article published in the Mississippi Magazine that suggested Oswald wanted to prove he was of ‘heroic stature’, that he was somehow aping or copying the James Bond character when he supposedly took to the sixth floor of the Book Depository and shot JFK.

Now, of course he didn’t actually shoot JFK, and the FBI recorded the letter and article excerpt in their files but don’t appear to have done anything with it.  Nonetheless, there are two important ideas here – an early formulation of what is now commonly known as the copycat effect (the idea Oswald was a James Bond copycat) and the idea of ‘wannabe James Bonds’ posing a threat.

The latter idea also appears in the FBI’s recent brochure on the ‘Insider Threat: An introduction to detecting and deterring an insider spy’.  The brochure profiles possible spies working with the Bureau, and among the ‘Personal Factors’ they list as possible motives for someone becoming a spy they note, ‘Adventure/Thrill: Want to add excitement to their life, intrigued by the clandestine activity, “James Bond Wannabe.”’  It took them a while, but they’ve finally caught up with an idea proposed to them (at least) 50 years ago.