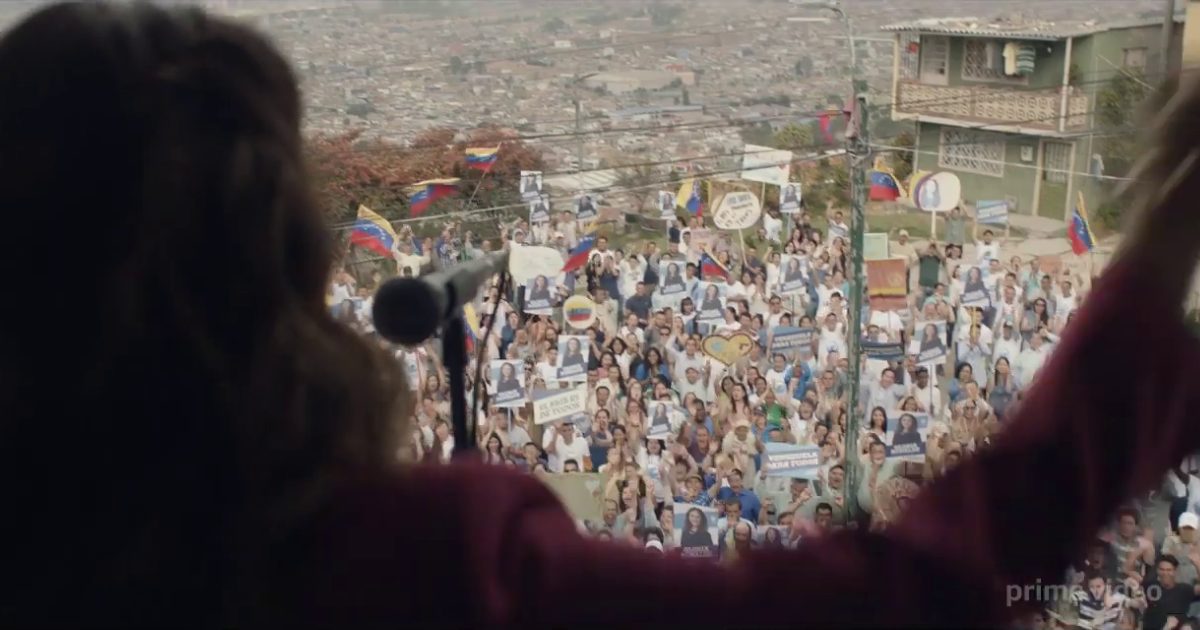 The New Jack Ryan Will Promote a Coup in Venezuela, but Why did the DOD Reject the Series?

The teaser trailer for season 2 of Tom Clancy’s Jack Ryan depicts John Krasinski as the eponymous hero in a Latin American country where there is an uprising against the government (cough, Venezuela, cough).  Like season 1, I expect the show will be fully supported by the CIA but the DOD rejected the producers’ requests for support, turning them down point blank.

I had speculated about this during my review of season 1, which is primarily a Middle Eastern terrorist/counter-terrorist story like almost every spy film and TV show of recent years.  The series depicts an Air Force drone pilot who, upon discovering one of his victims was targeted accidentally, quits the Air Force and travels to Syria to meet with the victim’s family and give them money he won gambling in a Las Vegas casino.  Almost every aspect of this storyline was troublesome for the DOD, but the show still included establishing shots of Creech Air Force Base.  These shots were likely ‘stolen’ because the DOD turned down the production.

A report from the Pentagon’s entertainment liaison office for June 1st 2017 lists a string of productions they declined to work on, including season 1 of Tom Clancy’s Jack Ryan.

Exactly what the military objected to isn’t stated, but alongside the drone pilot storyline the opening episode shows US Army officials in Yemen paying local tribesmen for the bodies of ‘dead terrorists’ supposedly killed in US drone strikes.  However, despite the DOD’s refusal the US Coast Guard did provide support to the series, though I am still awaiting a large number of documents from their Hollywood office.

The second season teaser trailer opens with a shot of favelas, and features several shots of protesting crowds.  A closer look reveals that the unnamed Latin American country is clearly Venezuela – the subject of several US government and CIA coup attempts in recent years.  The Venezuelan flag is visible, and the name of the country appears on placards being waved by the angry crowd. Maduro is not visible in any part of the teaser – it seems that either the government or opposition leader is the woman seen on the left of this screenshot.  The teaser also includes an ambush attack on a US diplomatic convoy, which has been lifted almost wholesale from Clear and Present Danger.  We also see what appears to be a US Navy missile destroyed launching at a much smaller ship, a shoot-out sequence in a very un-Venezuelan forest, lots of close-ups of John Krasinski – including one of him and a woman in London – and some paratroopers (possibly special forces) leaping out of an Air Force cargo plane.

Whether this is a real Air Force plane or a mock-up, like the one used in Rampage, is not clear.  I will endeavour to find out if the DOD have reversed their position and decided to support season 2 of Jack Ryan, but we may have to wait for the series to actually come out before we can determine a conclusive answer.